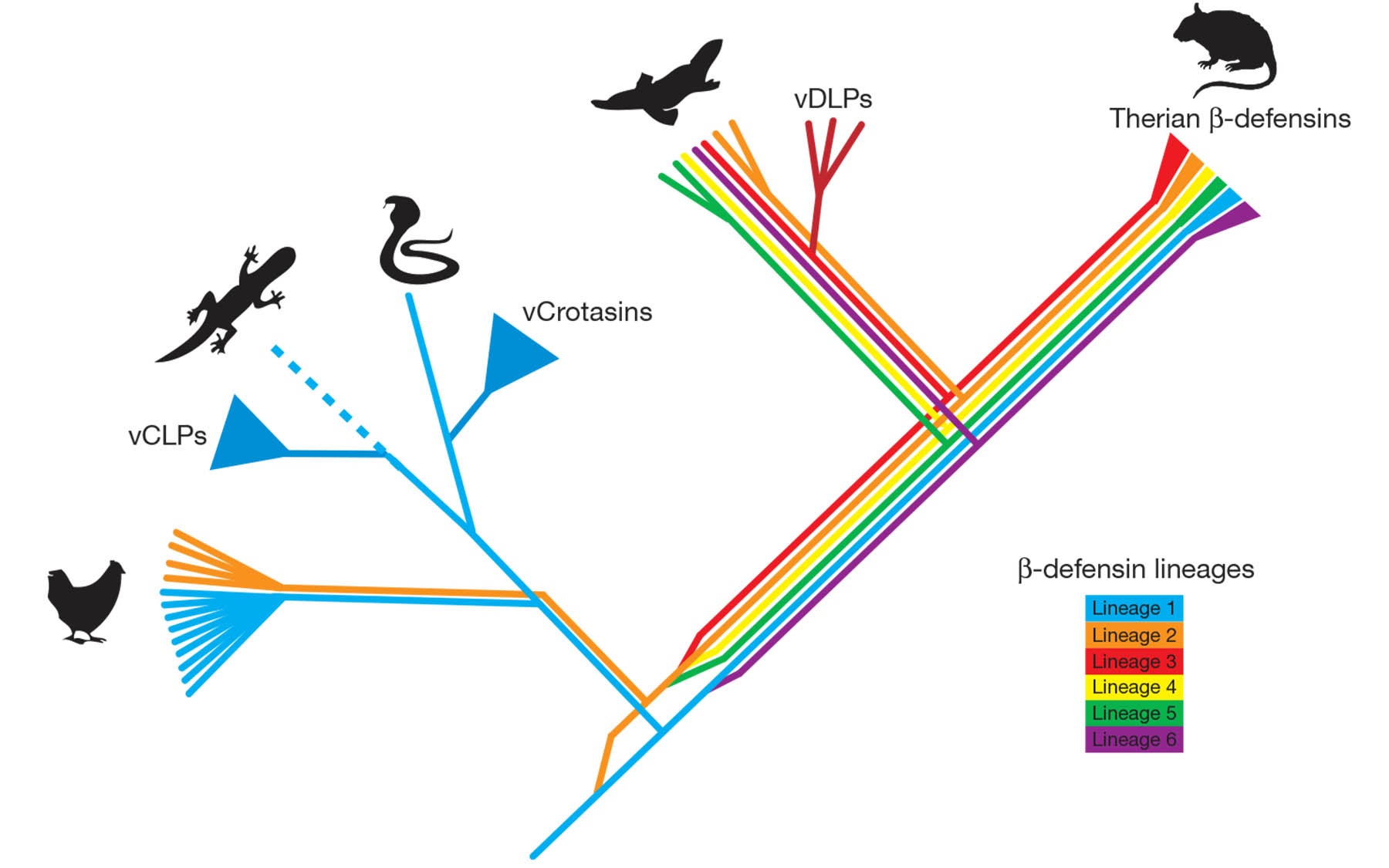 Cold Spring Harbor, NY — By any account, the platypus is an odd creature. It’s got a broad, rubbery bill that brings to mind a duck… but it swims more like a beaver… yet it lays eggs and can inject poisonous venom, like a reptile. No wonder it was considered an elaborate hoax by scientists who examined the first specimen pelt shipped to England from the colony of New South Wales in 1799.

In the May 9 issue of Nature, a consortium of scientists including Cold Spring Harbor Laboratory’s (CSHL) Gregory J. Hannon, Ph.D., published results of an international effort to sequence the platypus genome. It reveals evolutionary secrets that go far beyond the obvious fact that the creature, found exclusively in eastern and southern Australia, including the island-state of Tasmania, is neither a typical mammal nor typical reptile.

In fact, the platypus is a member of a mammalian species called the monotremes, which includes only four other subspecies (the other four being echidnas, varieties of spiny anteaters). The monotremes diverged from other primitive mammals about 166 million years ago, in the late Jurassic period—a fact corroborated indirectly in the newly sequenced genome.

“The broad purpose of our consortium was to understand features unique to the platypus and other monotremes, by identifying in its genome various innovations performed by evolution over eons of time,” said Dr. Hannon, a CSHL professor. “The evidence of how these innovations occurred, quite literally, is written in the sequence of the nucleotides in the platypus genome.”

Take the platypus’s distinct mode of rearing its offspring. All of the mammals, in addition to being warm-blooded, can be grouped according to their modes of gestation. Marsupials like the kangaroo rear profoundly immature young in external pouches for extended periods of time. Eutherian mammals like mice and humans protect their progeny for lengthy periods in an inner womb prior to giving birth. The platypus and other monotremes, in sharp contrast, retain the reptilian mode of gestation, being egg-layers; yet like other mammals the female platypus feeds her newborn with milk, albeit milk that’s secreted through broad patches of skin rather than teats.

“The fact that monotremes lactate yet lay eggs is only one instance of the fascinating combination they represent of reptilian and mammalian characteristics,” said Dr. Hannon. Another legacy of the platypus’s reptilian heritage is the fact that males of the species are equipped with spikes on their hind legs through which they can deliver venom. The consortium found that reptile and platypus venom proteins “have been co-opted from the same gene families.” The scientists also deduced from genomic data that the platypus, despite being an egg-layer, shares milk protein genes with all other mammals.

Being a genome scientist, Dr. Hannon was interested to observe that the complement of chromosomes possessed by the platypus—its karyotype—is most unusual for a mammal. “In all there are 52 chromosomes, many of them very small, much like reptilian microchromosomes. Like reptiles, they also have multiple sex chromosomes,” he noted.

In a related paper, published online before print on May 7 in Genome Research, Dr. Hannon and Elizabeth Murchison, Ph.D., a postdoc in his lab originally from Tasmania, offer other intriguing evolutionary observations about the platypus, based on examination of a class of molecules called small RNAs. Over the last decade Dr. Hannon has pioneered the study of small RNAs, helping to reveal their role in regulating gene expression and in protecting the genome from parasitic invaders.

Hannon and Murchison sequenced six platypus and echidna tissue samples and found, broadly, the presence of the same classes of small RNAs and the intracellular machinery seen in other animals that enable small RNAs to modulate gene expression and defend the genome—a process called RNA interference (RNAi). That the RNAi mechanism is “conserved” by evolution in the monotremes is hardly surprising, given its great power to enable individual organisms, and thereby the species, to regulate their systems and protect their genetic material.

The CSHL team found certain small RNAs that were exclusive to the monotremes, reflecting their unique experience of evolution; and certain small RNAs that were shared by some other animals, but not others—for instance, four microRNAs (miRNAs) previously seen in chickens but not in other mammals. “Here again, a deeply buried story about evolution comes to light: these particular miRNAs presumably were involved in biological functions that have either become redundant or obsolete in some branches of mammalian evolution,” Dr. Hannon said.

In all, the team identified 180 novel miRNAs that appear to be unique in the platypus and monotremes, most notably a large cluster of miRNAs on platypus chromosome X1, expressed almost exclusively in the testis. The cluster appears to be evolving rapidly, which is characteristic of the mammalian trait of fast-evolving male reproductive machinery. Also of special interest was evidence that the platypus genome encodes three proteins of the so-called PIWI family, which is involved in the genesis of a newly discovered class of small RNAs called piwi-, or piRNAs. In platypus, in contrast to other mammals studied to date, the piRNA system appears to play an active role in germline defense, within the mature testis.

In sum, Dr. Hannon noted, “the small RNA complement of the platypus has highlighted both unique and conserved roles for miRNAs and piRNAs in monotremes; at the same time, it has given us fascinating insight into the evolution of small RNA pathways in mammals.”

The consortium’s paper, “Genome analysis of the platypus reveals unique signatures of evolution,” appears in Nature on May 9, 2008. The lead author is Wesley C. Warren; CSHL authors include: Elizabeth P. Murchison, Ravi Sachidanandam, Carly Smith, and Gergory J. Hannon.  The paper can be obtained online at:
http://www.nature.com/nature/journal/v453/n7192/pdf/nature06936.pdf

Since the Hershey and Chase experiment, scientists have expanded their understanding of viruses. Measure your viral knowledge with our science quiz!   Read more »