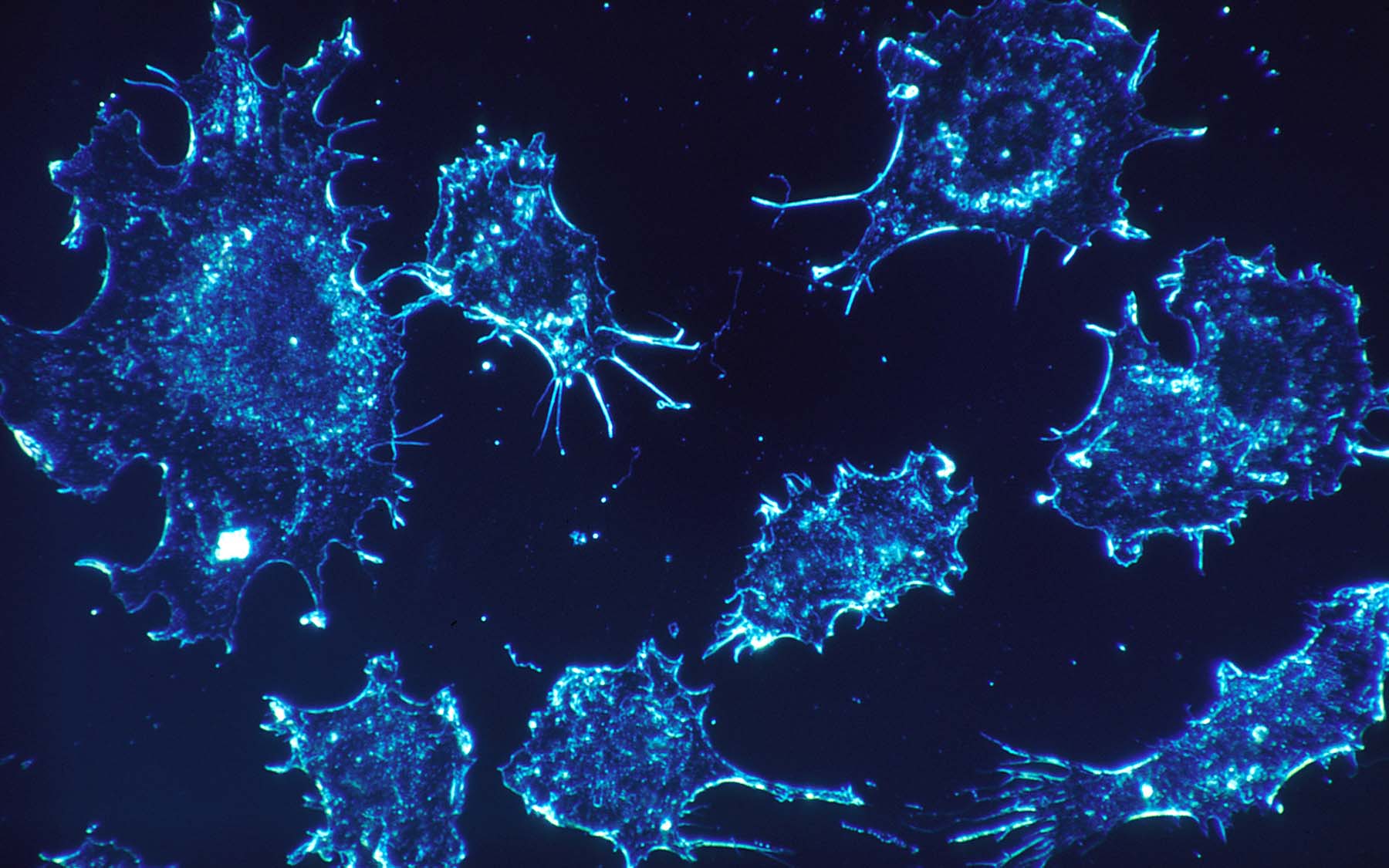 Last year, scientists from the same CSHL team discovered that a “splicing factor” called SF2/ASF—a protein that changes the instructions for how other proteins are assembled—can induce tumors in cell cultures. The team’s newly published results show that, in ways not yet fully understood, this same splicing factor acts on a group of other molecules that has long been known to affect cancer.

A Cascade of Molecular Interactions Leading to Cancer

Understanding such complex molecular interactions may one day lead to new approaches to cancer treatment. Cancers are enormously complex, and eventually, in most instances, they find ways of disrupting a large fraction of cellular processes. To untangle and reverse the changes, researchers seek to identify sequences of events in which molecules each affect one another in turn, ultimately inducing cancer-cell behavior.

For example, one protein may affect another by chemically disabling it, or by slowing the gene expression that produces it from the “instructions” contained in DNA. A drug that blocks any step in such a “pathway” has a chance to slow or prevent the disease.

Until recently, however, cancer researchers have paid scant attention to factors that affect others through “alternative splicing,” a mechanism that changes how DNA instructions are cut and pasted together at the level of RNA intermediaries to form final templates for the production of proteins.

“Splicing is a critical step in gene expression,” said Adrian R. Krainer, Ph.D., a CSHL professor who is an expert on RNA splicing. “Like other steps in gene expression, it seems to malfunction in cancer.” Last year, Krainer and his colleagues found that several known splicing factors are present at higher-than-normal levels in some tumors. For example, a factor known as SF2/ASF was elevated in more than 20% of lung and colon tumors. Moreover, laboratory cultures of mouse or rat cells developed characteristics of tumors when they were programmed to make higher-than-normal levels of this splicing factor.

Changes in the PI3K-mTOR Pathway

In the new research, Krainer’s team looked for specific molecules whose concentrations or enzymatic activities changed in cells in which SF2/ASF induced cancer. They found changes in the levels of some proteins in a group known as the PI3K-mTOR pathway, which is well known for its involvement in cancers.

The team speculated that SF2/ASF, as it influences how a gene’s instructions are translated into protein, might cause a protein to be assembled without a key section that is normally modified by other proteins in the pathway. Krainer cautioned that the splicing factor may act on other proteins or in other ways in the cell, so further research is needed. Nonetheless, the team’s research suggests that measuring SF2/ASF levels could eventually lead to a way to identify patients who will respond to existing drugs that block the PI3K-mTOR pathway.

“The splicing-factor oncoprotein SF2/ASF activates mTORC1” appears October 2, 2008 in the Early Edition of the Proceedings of the National Academy of Sciences. The complete citation is: Rotem Karni, Yoshitaka Hippo, Scott W. Lowe, and Adrian R. Krainer. The paper is available online at http://dx.doi.org/10.1073/pnas.0801376105.

The CDC urges parents to have their adolescents catch up on any missed vaccinations while receiving the COVID-19 vaccine.   Read more »