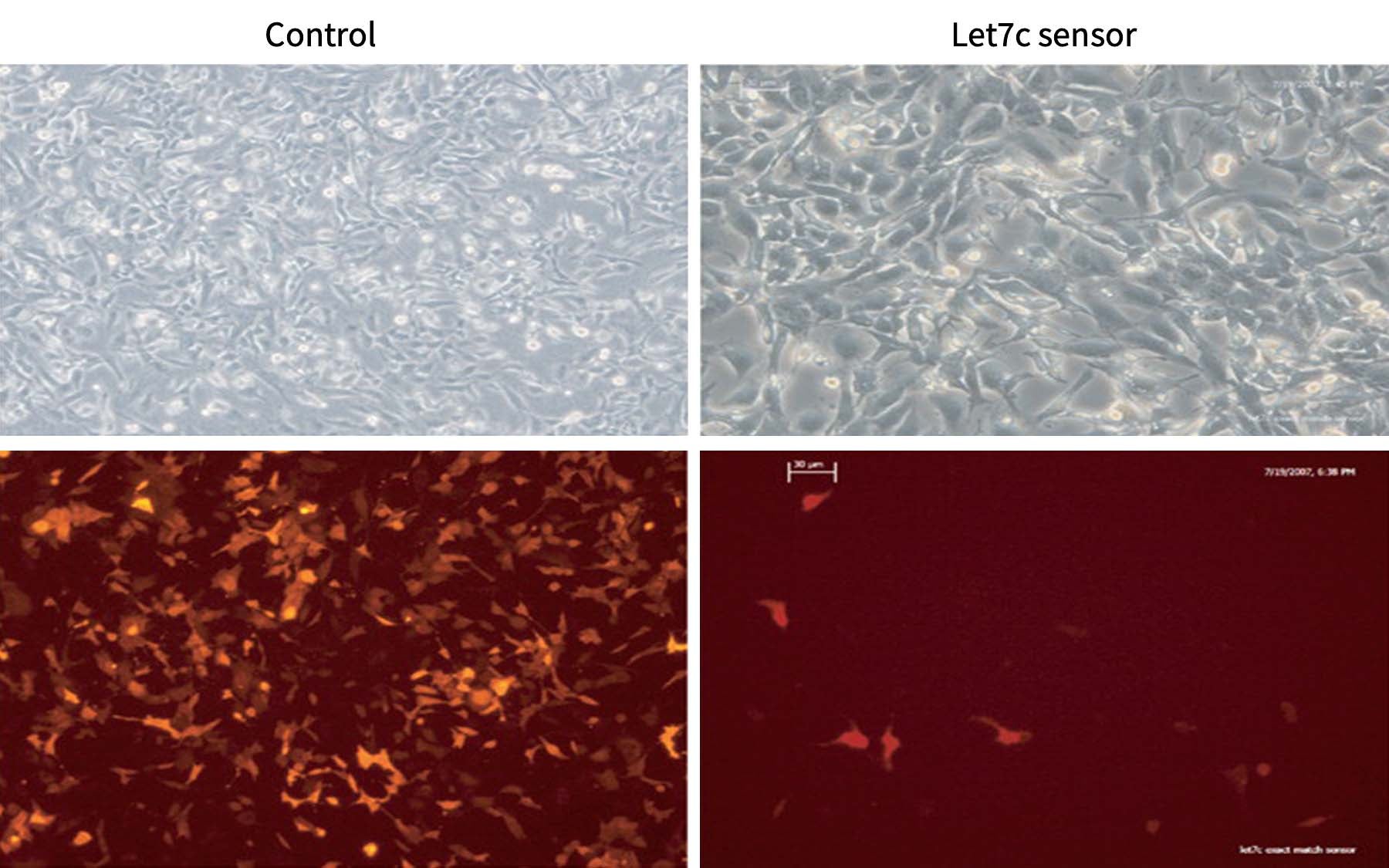 An approach based on the manipulation of microRNAs

Cold Spring Harbor, NY — By manipulating highly specific gene-regulating molecules called microRNAs, scientists at Cold Spring Harbor Laboratory (CSHL) report that they have succeeded in singling out and repressing stem-like cells in mouse breast tissue—cells that are widely thought to give rise to cancer.

“If certain forms of breast cancer do indeed have their origin in wayward stem cells, as we believe to be the case, then it is critical to find ways to selectively attack that tumor-initiating population,” said Gregory Hannon, Ph.D., CSHL professor and Howard Hughes Medical Institute Investigator. Hannon also is head of a lab focusing on small-RNA research at CSHL and corresponding author of a paper reporting the new research, published in the latest issue of Genes and Development.

“We have shown that a microRNA called let-7, whose expression has previously been associated with tumor suppression, can be delivered to a sample of breast-tissue cells, where it can help us to distinguish stem-like tumor-initiating cells from other, more fully developed cells in the sample. Even more exciting, we found that by expressing let-7 in the sample, we were able to attack and essentially eliminate, very specifically, just that subpopulation of potentially dangerous progenitor cells.”

The study was done in collaboration with Senthil Muthuswamy Ph.D., an expert in breast cancer research who heads a CSHL lab focusing on understanding the changes in the biology of breast epithelial cells during the initiation and progression of cancer. Dr. Muthuswamy emphasized that a key ingredient that made this study successful is the use of a mouse breast-derived model cell system called COMMA-1D that not only includes differentiated cells but also stem-like progenitors, in varying stages of maturity, or differentiation.

No therapies currently exist that target stem-like tumor-initiating cells, whose existence in diverse tissues including breast, lung, brain, and colon, as well as in the blood, has been demonstrated in a line of research stretching back to 2001. In that year, John E. Dick of the University of Toronto identified cancer stem cells in the blood of leukemia patients.

The cancer stem cell hypothesis is controversial, in part, because of the challenge it represents for current cancer therapy, which regards all tumor cells as potentially capable of spreading the disease, and which seeks to reduce tumor mass and destroy the maximum possible number of tumor cells. In the cancer stem cell hypothesis, reduction of tumor volume alone will not suffice if the stem cells which originally gave rise to the cancer are not specifically targeted and destroyed.

The new Cold Spring Harbor Laboratory research not only suggests one possible way of accomplishing this therapeutic goal—the Hannon lab is initiating a demonstration study in mice—but it also demonstrated that one component of a chemotherapy cocktail currently used as first-line therapy against certain kinds of breast cancer has the potential to actually enrich the subpopulation of stem-like cells that serve as cancer progenitors.

“We found that administration of cyclophosphamide in our mouse cell sample had the effect of enriching for these cells,” Hannon said, “which suggests that we need to look carefully at these therapies in model systems to see if the effects we see in cell culture are mirrored in real tumors—and then, to gauge what effect that has on metastasis and relapse following therapy.”

It has been known for some time that stem and progenitor cells possess unique defenses, as compared with mature, or differentiated cells, which, unlike their stem-like “mothers” do not have the capacity to renew themselves or to generate multiple cell-types. Stem cells, for instance, are thought to be able to “pump” toxins out of their cellular domain, much as do fully differentiated tumor cells that have developed resistance to chemotherapy.

“A Role for microRNAs in Maintenance of Mouse Mammary Epithelial Progenitor Cells” appears in Genes and Development on December 15, 2007. The complete citation is as follows: Ingrid Ibarra, Yaniv Erlich, Senthil K. Muthuswamy, Ravi Sachidanandam, and Gregory Hannon. The paper is available online at: http://www.genesdev.org/cgi/doi/10.1101/gad.1616307

New book on metastasis: Mechanism to therapy from CSHL Press

This collection covers the recent progress that has been made in understanding the molecular mechanisms underlying metastasis.   Read more »