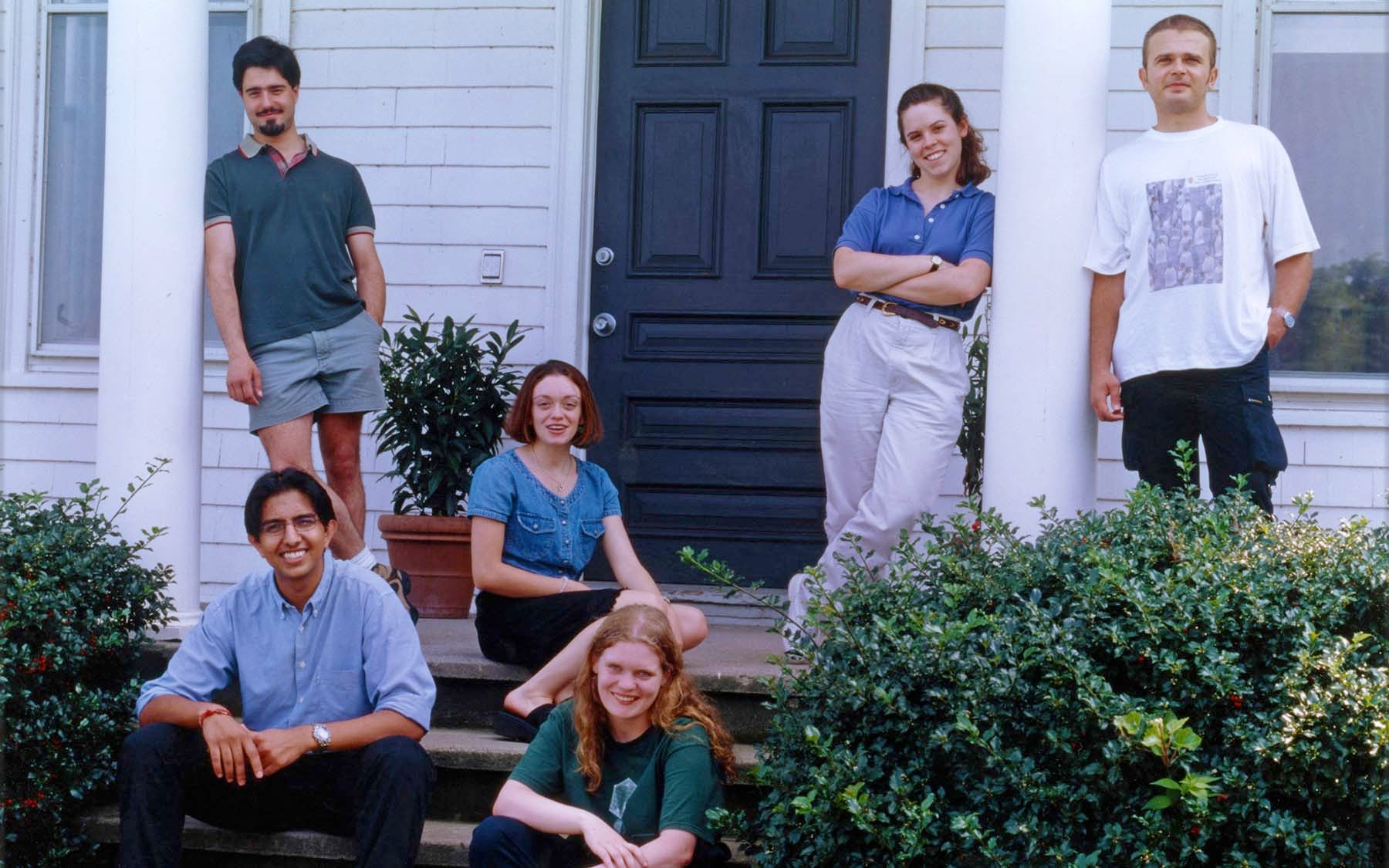 Cold Spring Harbor, NY — On November 5, Cold Spring Harbor Laboratory (CSHL) celebrated its 109-year history of science education at the inaugural convocation of the Watson School of Biological Sciences. At the ceremony, the CSHL Watson School awarded the Honorary Degree of Doctor of Science to three outstanding scientists—David Baltimore, Seymour Benzer, and Gerald Fink—in recognition of their long associations with educational activities at the Laboratory.

“I came to CSHL as a member of the first class of the Undergraduate Research Program while I was in college,” said honoree Baltimore, now president of the California Institute of Technology and a member of the National Academy of Sciences. “After that, I returned at least once every year for the next 20 years, either for a seminar, a symposium, or a course. In fact, I got my start in virology at the CSHL Animal Virus Course in 1961, and my start in immunology at the CSHL Symposium in 1976.” In 1975, Baltimore shared the Nobel Prize in Physiology or Medicine with Howard Temin and Renato Dulbecco.

Fink has been deeply involved with science education at CSHL since 1970 when, encouraged by James Watson (who was then director of the Laboratory), Fink and Fred Sherman initiated the now-famous CSHL Yeast Genetics Course. “By lending its imprimatur to the study of yeast, CSHL established this organism as a paradigm for serious work in eukaryotic molecular biology,” says Fink, who taught the course every summer (save one) for its first 18 years and has lectured in it every year since then. Participation in the course has played a pivotal role in the professional development of many outstanding yeast molecular biologists. Today, Fink is director of the Whitehead Institute for Biomedical Research and American Cancer Society Professor of Genetics at the Massachusetts Institute of Technology. He was elected to the National Academy of Sciences in 1981.

The impact that educational activities at CSHL can have on the careers of scientists is further exemplified by Benzer, whose early interest in physics was overwhelmed by the introduction to the power of bacteriophage genetics he received while attending the CSHL Phage Course in the summer of 1948. Benzer subsequently changed fields and became a preeminent molecular biologist, working first in phage genetics and, since 1960, in nervous system development and behavioral genetics of the fruit fly Drosophila. Benzer is the James Griffin Boswell Professor of Neuroscience at the California Institute of Technology and a member of the National Academy of Sciences. He received the Lasker Award in 1971 and the National Medal of Science in 1983.

“The unparalleled faculty, facilities, and environment of the Lab have allowed us to create a unique doctoral degree program for students with a deep commitment to their graduate education,” says Winship Herr, Assistant Director of the Laboratory and Dean of the Watson School of Biological Sciences. Herr’s leadership was instrumental to the establishment of the school.

The school is named for James D. Watson, who was director of the Laboratory from 1968 to 1994 and has served as its president since then. Watson was awarded the Nobel Prize in 1962 for his discovery, with Francis Crick and Maurice Wilkins, of the double-helical structure of DNA.

“The establishment of this first class of graduate students at CSHL continues a long tradition of excellence in scientific education,” says Director of the Laboratory Bruce Stillman. “From the summer Undergraduate Research Program, to the DNA Learning Center, to the many postdoctoral researchers, SUNY Stony Brook graduate students, and international visiting scientists educated here, Cold Spring Harbor Laboratory has established itself as one of the most diverse and unique science education facilities in the world. The Watson School of Biological Sciences has been crafted to meet or exceed this standard,” says Stillman.