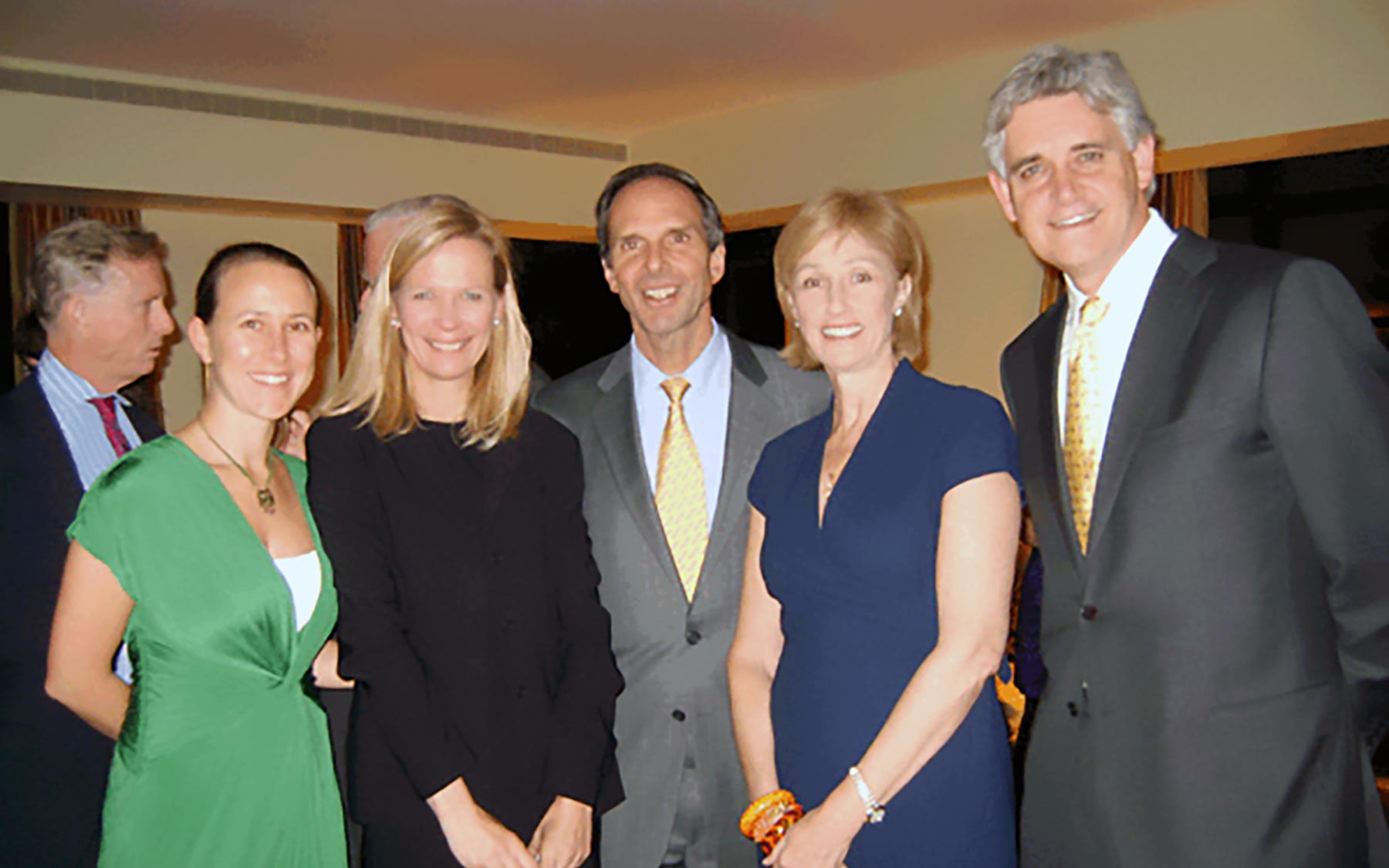 New York, NY — The much-heralded era of personalized medicine holds great hope for the future of healthcare in America. But a great deal of fundamental biological research remains to be performed, and many discoveries made, before it will be possible to tailor medical treatments for vast populations of people on a case-by-case basis across major disease categories.

Cold Spring Harbor Laboratory (CSHL), the world-renowned research and education institution on Long Island—where molecular biology was born in the years following World War II—is developing key technologies and conducting research that is paving the way for the coming era of individualized medicine. Recently, the Laboratory declared “Personal Genomes” to be the theme of the CSHL’s members-only 2009 President’s Council program.

The announcement was made at an April 16 reception hosted in the Manhattan apartment of CSHL Board Chairman Eduardo Mestre, who is Vice Chairman of Evercore Partners and his wife Dr. Gillian Shepherd, who is an allergy and immunology specialist affiliated with New York Presbyterian/Weill Cornell Hospital. Guests invited to participate in the salon atmosphere of intellectual curiosity mingled with CSHL President Bruce Stillman, Ph.D., Nobel laureate James D. Watson, Ph.D., and special guests Linda Avey and Anne Wojcicki, co-founders of the genome sequencing company 23andMe.

The CSHL President’s Council, which includes a wide range of New York’s intellectual, business, and medical leaders, meets biannually to explore the public impact of timely scientific topics. With 23andMe and competitors promoting a new service that sequences select areas of an individual’s genome for as little as $399, this year’s topic is likely to open a wide-ranging discussion on the potential benefits of sequencing individual genomes.  Sergey Brin, Wojcicki’s husband and Google co-founder, is said to have altered his lifestyle after having his own genome sequenced by 23andMe. According to Wojcicki, Brin took a new and active interest in his own health when he learned he had a gene variant implicated in Parkinson’s disease.

“The topic of ‘Personal Genomes’ is critically important to how we move forward as a society with healthcare, including issues ranging from medical services, regulation, and insurance,” explained Mr. Mestre. “The CSHL President’s Council provides a forum for non-scientists like me to discuss the latest in science with experts who include the top scientists from CSHL.”

“Genetic testing is evolving into a critical source of information for making healthcare decisions,” said CSHL President Bruce Stillman. “It is a mission of Cold Spring Harbor Laboratory to inform the public regarding scientific accomplishments that have a direct impact on people’s lives.”