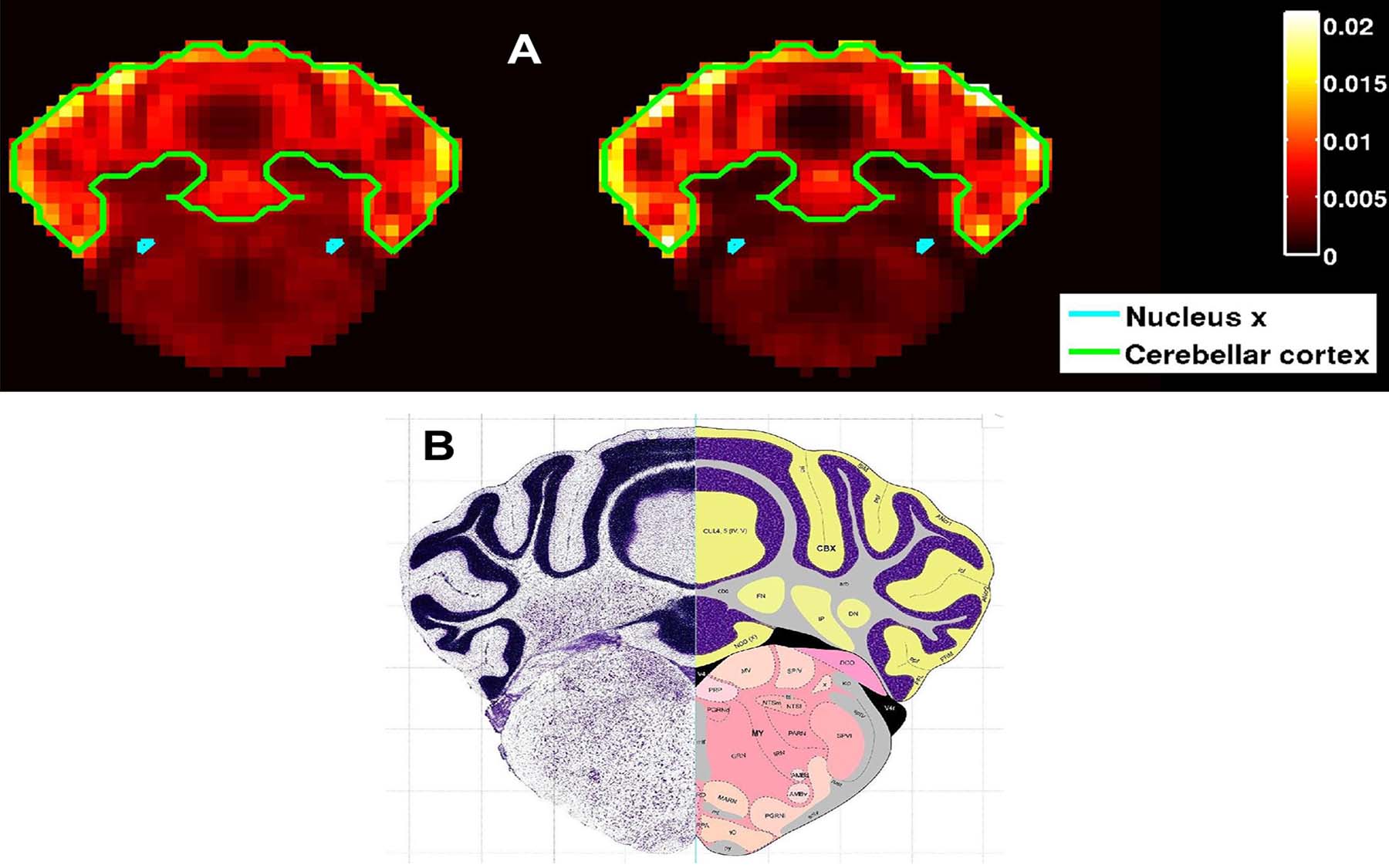 Cold Spring Harbor, NY — A team of scientists has obtained intriguing insights into two groups of autism candidate genes in the mammalian brain that new evidence suggests are functionally and spatially related. The newly published analysis identifies two networked groupings from 26 genes associated with autism that are overexpressed in the cerebellar cortex, in areas dominated by neurons called granule cells.

The team, composed of neuroscientists and computational biologists, worked from a database providing expression levels of individual genes throughout the mouse brain, as compiled in the open-source Allen Mouse Brain Atlas. To promote reproducibility, the scientists surveyed expression data of over 3000 genes, about three-fourths of all the genes listed in the Atlas for which two independent sets of data have been compiled.

Despite obvious genetic and neuroanatomical differences between mouse and human, the team explains, mouse models are extremely effective in dissecting out the role of specific genes, pathways, neuronal subtypes and brain regions in specific abnormal behaviors manifested in both mice and people.

Based on years of studies in both species, scientists now know of mutations affecting more than 300 genes whose occurrence correlates with autism susceptibility; more are certain to be identified. Some of these candidate genes are more strongly correlated with the illness than others, although correlation is not the same thing as direct evidence of causation.

Nevertheless, “the key question as yet unanswered,” notes Dr. Mitra, “concerns the way or ways in which particular mutations, singly or in combination, cause pathologies that result in the complex combination of symptoms that characterizes autism in children.”  It is assumed that autism pathologies are the result of insults—genetic, environmental, or most likely both—sustained at the time of conception and early in development.

Dr. Idan Menashe, now of Ben-Gurion University of the Negev in Israel, and Dr. Pascal Grange, a postdoctoral researcher in the Mitra lab, demonstrated that co-expression of 26 autism genes was “significantly higher” than would occur by chance. “This suggests that these 26 genes have common neuro-functional properties,” says Dr. Menashe.

The team found two co-expressed networks or “cliques” of genes that are significantly enriched with autism genes. They then asked where in the mouse brain these cliques are expressed. Notably, genes in both groups showed significant overexpression in the cerebellar cortex, and particularly in regions in which granule cells predominate. “This result supports prior studies pointing to involvement of the cerebellum in autism,” says Dr. Grange. Specifically, a recent neuroimaging study highlighted functional subregions in the cerebellum as playing a role in both motor and cognitive tasks. Other genes associated with autism have been shown in other studies to play a role in the development of this brain region.

“Our study provides insights into co-expression properties of genes associated with autism and suggests specific brain regions implicated in pathology. Complementing these findings with additional genomic and neuroimaging analyses from both mouse and human brains will help in obtaining a broader picture of the autistic brain,” the team concludes.

The research described in this release was made possible by grants from: NIH-NIDA (R21DA027644-01).