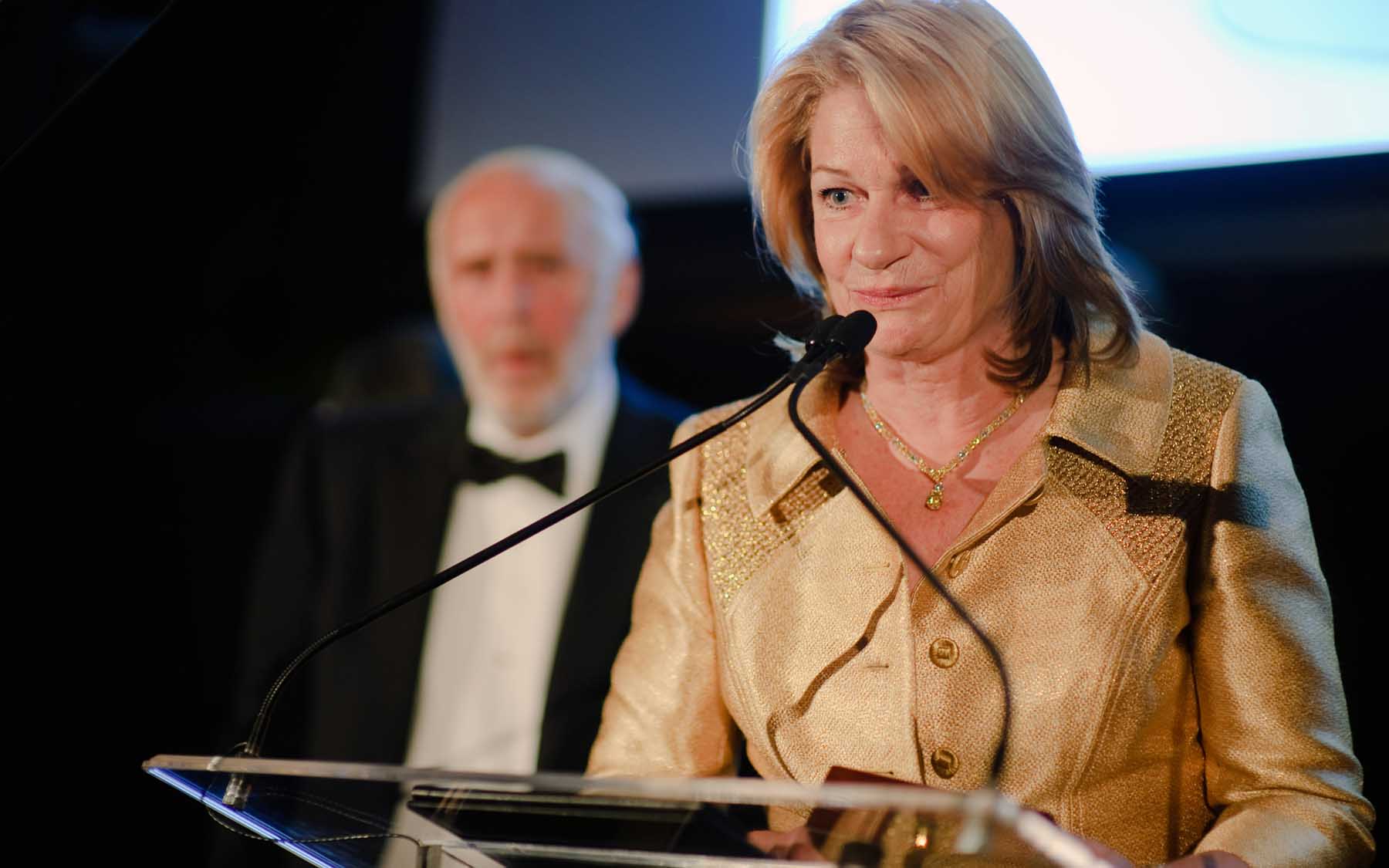 “Cold Spring Harbor Laboratory has long been recognized as a birthplace of molecular biology and among the world leaders in genetics research,” said Dr. Bruce Stillman, CSHL President. “The Double Helix Medals recognize individuals who have dedicated their lives to raising the awareness of the importance of genetics research for improving the health of people everywhere.” Inaugurated in 2006, the medal is named for the iconic “winding-staircase” structure of the DNA molecule, discovered by Dr. Watson along with Dr. Francis Crick in 1953.  The study of DNA, which carries all of life’s information, is central to biological research, and is at the heart of work at CSHL.

Drs. Watson and Venter received Double Helix Medals for making each of their individual genome sequences available for scientific use on the Internet and for promoting awareness of the public health advantages of “personalized genomes.” Dr. Watson is Chancellor Emeritus of Cold Spring Harbor Laboratory and won a Nobel Prize along with Francis Crick in 1962 for their description of the structure of DNA. Dr. Watson is credited for developing the modern vision for Cold Spring Harbor Laboratory.

Dr. Venter, who now runs the J. Craig Venter Institute, published in 2007 the first full DNA sequence from maternally and paternally inherited sets of chromosomes of a single person—himself. He has advocated the public release of individual genomes with the view that a growing database in which scientists can compare DNA profiles with health histories and traits will help them understand in greater detail the impact of genetics upon human health. Venter’s team, in addition to playing a critical role in the sequencing of the first-draft human “reference genome” in 2001, has published the sequences of more than 50 genomes, including those of the fruit fly, mouse and rat.

Double Helix awardee Sherry Lansing, one of the most powerful executives in Hollywood for almost 25 years, was the first woman to run a major film studio. Honored by Cold Spring Harbor Laboratory for her humanitarian efforts, she is a noted fundraiser for the American Cancer Society, the American Red Cross and her own Sherry Lansing Foundation. She most recently helped spearhead “Stand Up to Cancer,” a nationally televised benefit that aired in September 2008.

Dr. Marilyn Simons and her husband, Dr. James Simons, who runs the private investment firm Renaissance Technologies LLC, are co-founders of the Simons Foundation, a charitable organization founded in 1994 to fund basic research and educational programs in mathematics and the physical and life sciences. They were honored this year by Cold Spring Harbor Laboratory for corporate leadership.  With $38 million committed so far, the Simons Foundation expects to provide $100 million in grants in 2009 to autism researchers at more than 30 institutions, including CSHL.

The funds raised at the gala will fortify and expand Cold Spring Harbor Laboratory’s groundbreaking research and education programs, laboratories and facilities, and further facilitate the development of innovative technologies to study genetics.