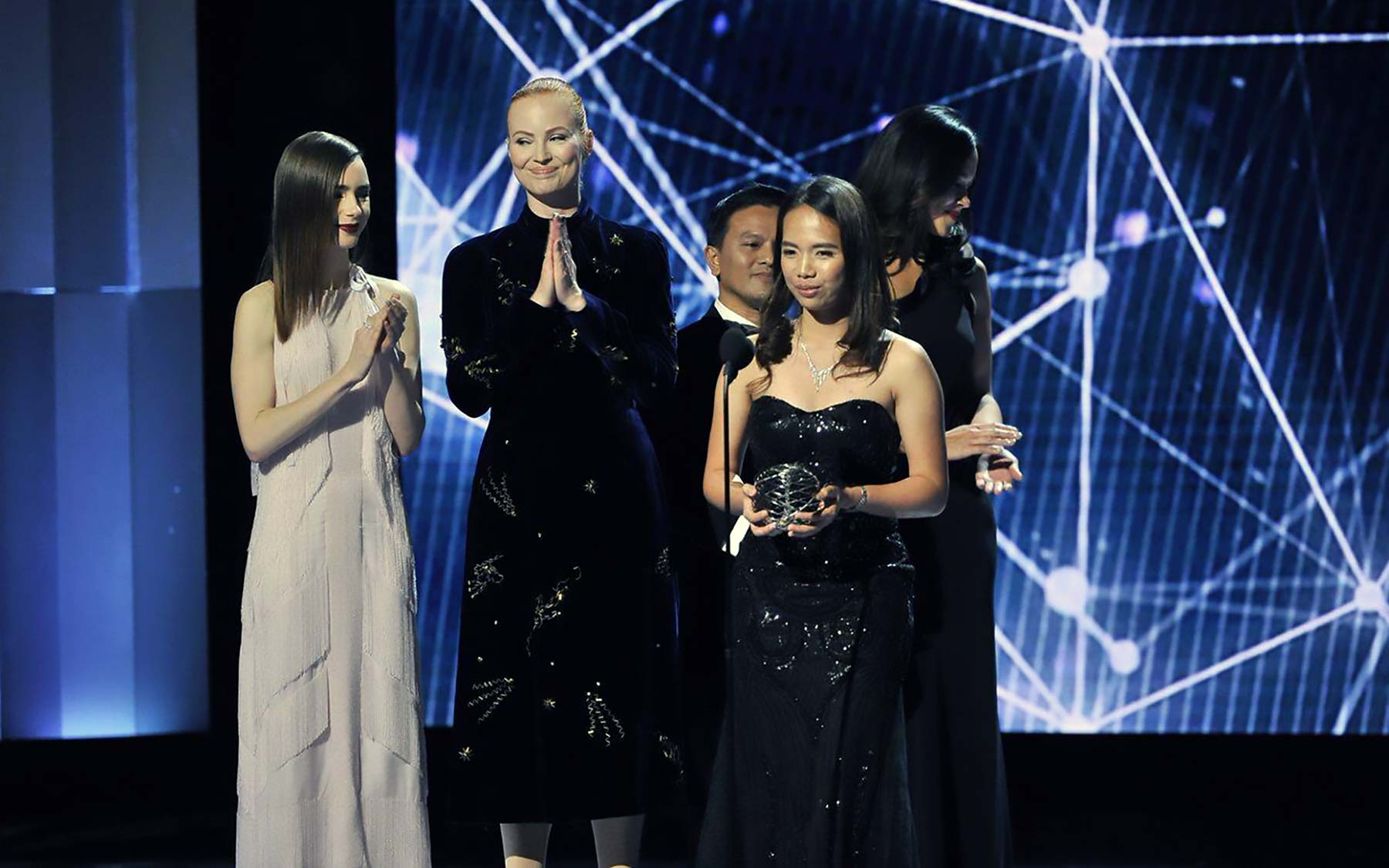 “Once you start learning science, everything becomes so beautiful!”

That’s what 18-year-old Hillary Diane Andales told us this past November. David Micklos, Executive Director of CSHL’s DNA Learning Center, and Brian Stallard, co-host of the Lab’s Base Pairs podcast series, visited Hillary in Leyte, Philippines for what they thought was the final chapter in a story about a gifted high school student giving back to her school.

In 2016, Hillary entered the Junior Breakthrough Challenge—a spin-off of Silicon Valley’s prestigious Breakthrough Prize—which asks high school students to make a video about their favorite concept in science or math.

Among the thousands of submissions from all over the world, Hillary’s video was voted the most popular, with a whopping 40,000 Facebook “likes.”

And while the video did not win the competition’s grand prize, it did earn Hillary’s Science High School a new $100,000 laboratory classroom designed and equipped by CSHL’s DNA Learning Center.

“That’s why I am so very grateful,” Hillary told us when we met her. “Now, so many can benefit from it.”

Micklos had traveled to Hillary’s school in Leyte to guide teachers from around the Philippines in the use of their new equipment, but while there, Stallard learned that Hillary wasn’t yet “through” with Breakthrough!

Alongside Base Pairs co-host Andrea Alfano, Stallard had been recruited to judge the very best video submissions for 2017’s Junior Breakthrough Challenge. And so, while visiting the new lab, he was secretly made aware that Hillary—having entered the competition again—this time had taken first prize!

This past December, Hillary’s accomplishment was revealed to the world. Awarded a $250,000 scholarship and another $100,000 for her school, the high school senior could hardly contain her joy as she took a bow alongside some of the brightest minds in science.

“Actually winning this year is quite the culmination of my two-year journey,” Hillary exclaimed. “To have a happy ending, and inspire so many young girls and boys—even from a small country—to embrace science and dream big just like I did.”