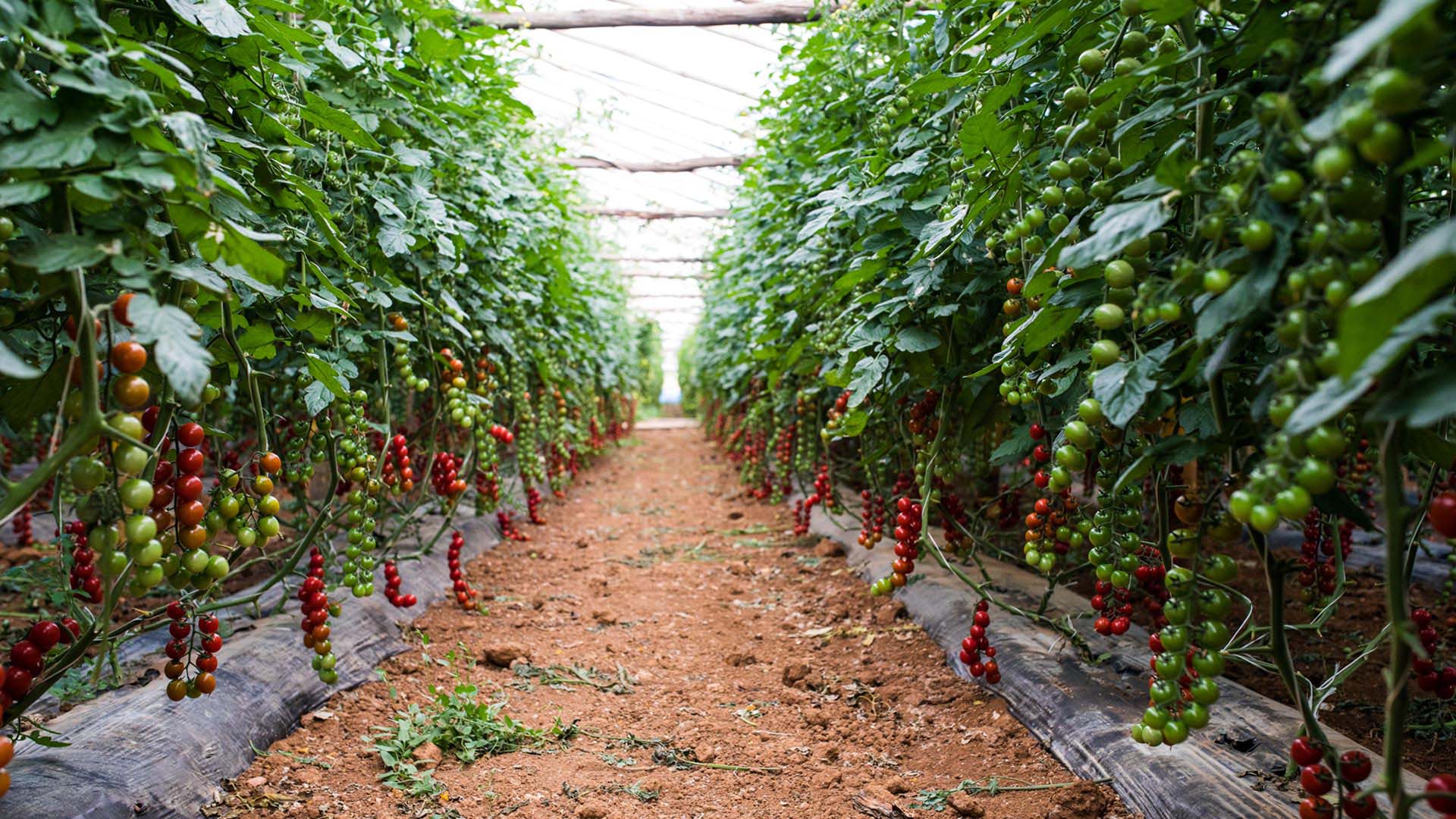 Urban agriculture could lead to reduced use of water, fertilizers, and pesticides. It could also make the food supply more robust and secure.

Vertical farming could make agriculture more robust and sustainable. To unlock that potential, scientists are redesigning crops for urban life.

The way we live is out of balance with the way we eat. About eleven percent of the Earth’s land area is used for agriculture; meanwhile, two-thirds of the human population is now jammed in cities, which cover a mere three percent. Continued urbanization and population growth will require more farmland, more transportation, and an even bigger ecological footprint—unless we can find more efficient ways to feed the world.

One intriguing solution is to give traditional agriculture a 90 degree twist into vertical farming, where crops are grown indoors in tightly stacked rows, sustained hydroponically so that they don’t need dirt. A lot of food production could then be relocated to urban regions, so that less wilderness would need to be converted to cropland, notes Choon-Tak Kwon, a postdoctoral fellow in plant biology at Cold Spring Harbor Laboratory. The financial and ecological cost of transporting food should decrease substantially, too. “You can grow perishable crops near your home all the year around,” Kwon says, ideally leading to “fresher foods with stable prices.”

Urban agriculture could lead to reduced use of water, fertilizers, and pesticides.”

We know that the basic concept works. Vertical farming and related forms of urban agriculture already account for a little over fifteen percent of the world’s agricultural production, according to the U.N. Food and Agriculture Organization. But that yield is dominated by a few crops—mostly leafy greens—that grow well inside, limiting the potential for further expansion.

For urban agriculture to have a meaningful impact on preserving wild habitats, “the diversity of crops that can be grown indoors must increase,” argues Cathryn O’Sullivan, an agricultural scientist with the Commonwealth Scientific and Industrial Research Organization in Australia. Trouble is, most major crops are too big and gangly to grow well in the confined spaces of vertical farms. Ramping up urban food production will therefore require changing not just how farmers grow crops, but also what they grow.

Kwon decided to accept the challenge, taking tomato plants as his test case. In conjunction with his advisor, Cold Spring Harbor plant geneticist Zachary Lippman, and other members of Lippman’s lab, he set out to determine whether it is possible to radically shrink tomatoes’ stems without compromising their fruit yield. Now he has his answer: Why yes, it is.

During a series of lab experiments, Kwon and his colleagues discovered a set of mutations that lead to shorter tomato plants that produced fruit more quickly. These plants, he realized, would be well suited to vertical farms. Then the researchers used a gene-editing molecular tool called CRISPR-Cas9 to insert the mutations into a commonly grown crop, the Sweet 100 cherry tomato. The result was an absurdly dense-looking plant, roughly a quarter-meter tall but jammed with grape-like bunches of cherry tomatoes. Even better, the first cherries were ready for harvest just a little over a month after seedlings sprouted, about two weeks faster than the regular variety.

Kwon normally stashes away the fruits of his experiments, saving the seeds to grow new plants, but when he saw the first big cluster of tomatoes from his triple-edited plant, “I just tried it,” he says. He liked them so much that he started bringing home extras for his wife to use in salads. That bounty has since expanded; he and his team have found that inserting the same genes into other tomato varieties results in similarly compact, rapidly-bountiful plants. Next, he wants to see if this gene set works on additional crops in the same family, such as eggplants and peppers.

Other researchers are finding ways to apply targeted genetic shrinking to completely unrelated crops, as well. In 2018, Erika Varkonyi-Gasic and her colleagues with the New Zealand Institute for Plant & Food Research Limited in Auckland created a dwarf kiwi vine through gene editing. Instead of long, climbing vines that take a few years to mature, the engineered kiwis were just a meter long at maturity and produced fruit within a year. The global appetite for kiwi fruit may be modest, but the shrinking technique could soon be ubiquitous.

Improved lighting could further expand the yield of vertical farms. “Natural sunlight is much stronger and much better than today’s LEDs,” Kwon notes, so urban farmers will need to develop better lighting technology—or else design more light-efficient plants. He is starting to consider the kinds of genetic tinkering that might be required to do that.

The potential payoffs go well beyond preserving and restoring wilderness. Urban agriculture could lead to reduced use of water, fertilizers, and pesticides. It could also make the food supply more robust and secure. “Cities could have fresh crops from vertical farms even if arable lands suffer major disasters,” Kwon notes. “Vertical farms are almost pathogen- and disease-free.”

He is even looking ahead to life in harsh environments beyond Earth. “The development of vertical farming is very connected to space agriculture,” Kwon says. By investing in urban agriculture here, then, we could be inching closer to a future of space adventurers happily dining on fresh tomato soup and garden-grown salad on Mars.