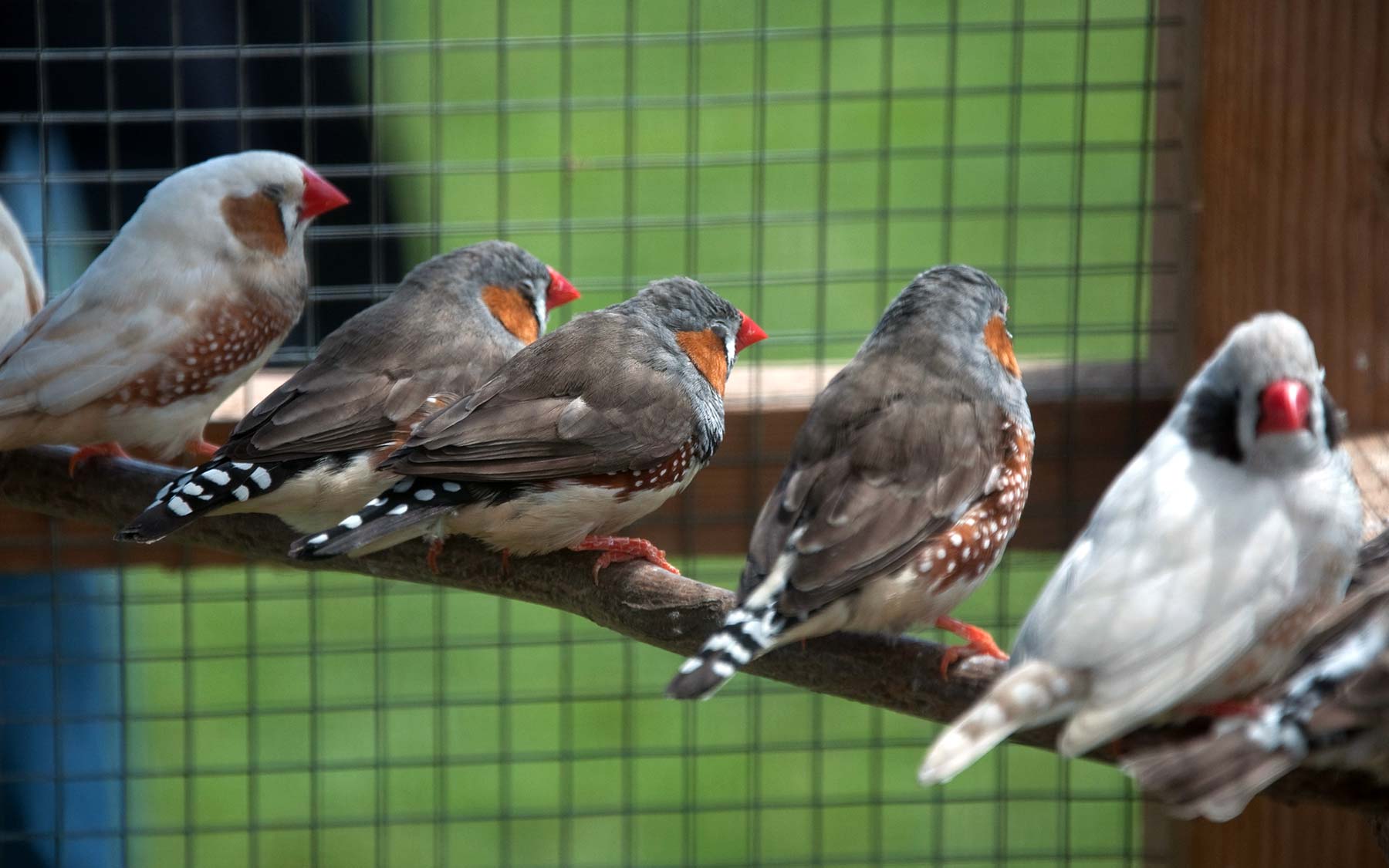 Cold Spring Harbor, NY — During infancy, each of us emerges from a delightful but largely incoherent babble of syllables and learns to speak—normally, in the language of those who care for us. But imagine what would happen if we were somehow raised in utter isolation from other people, not only our parents but also from surrogates such as nurses and nannies. What sort of culture might we evolve if reared in isolation? Would we learn to speak? Would such a language evolve over multiple generations?  If so, would it eventually resemble existing ones?

Such an experiment is not practical to conduct in humans, but an analog has been performed among a species of songbirds called zebra finches. The study, which appeared online ahead of print in the journal Nature, provides new insights into how genetic background, learning abilities and environmental variation might influence how birds evolve “song culture” and provides some pointers to how languages may evolve.

The study confirms that zebra finches raised in complete isolation do not sing the same song as they would if raised normally, i.e., among other members of their species. It breaks new ground in showing that progeny of these “odd birds,” within several generations, will introduce improvisations that bring their song into conformity with those of “wild-type” zebra finches, i.e., those raised under normal cultural conditions. The study is the product of a collaboration between Professor Partha Mitra and Haibin Wang of Cold Spring Harbor Laboratory (CSHL) and Olga Feher, Sigal Saar and Ofer Tchernichovski at City College New York (CCNY).

Bringing culture into the laboratory

Young zebra finches learn to sing by imitating adult male songbirds. But when raised in isolation, the young sing a raspy, arrhythmic song that’s different from the song heard in the wild. To find out what happens to this “isolate song” over generations, the scientists designed experiments in which these isolated singers passed on their song to their progeny, which in turn tutored the next generation, and so on. The tutors were either paired one-on-one with their progeny, or to mimic a more natural social setting, introduced into a colony of females (who, as it happens, do not sing) and allowed to breed for a few generations.

The team found that in either social setting, birds of every successive generation imitated their tutor’s song but also modified it with small, systematic variations. These improvisations weren’t random, however. Accumulating over generations, the introduced changes began to bring the innate, “isolate” song into approximate conformity with the song learned within normal zebra finch “society.” (This “cultured” song has been labeled “wild-type” by the scientists.)  By the 4th or 5th generation, birds that were descendents of the experimental “isolates” were singing songs that very closely resembled the song sung by birds raised under social conditions in the wild.

“What is remarkable about this result is that even though we started out with an isolated bird that had never heard the wild-type, cultured song, that’s what we ended up with after generations,” explains Mitra. “So in a sense, the cultured song was already there in the genome of the bird. It just took multiple generations for it to be shaped and come about.”

“People have theorized long and hard about how the evolutionary process applies to culture,” he says. “This experiment takes culture and puts it into a laboratory setting. We’ve tested some questions, asked by others over many years, in a mathematically and experimentally crisp manner and come up with a concrete answer.”

What the results also mean, according to Mitra, is that the cultured song that’s heard in the wild is the product of genes and learning—a combination of innate song that would be learned even in isolation, and the effects of a learning process iterated over multiple generations. This insight was initially a hypothesis that Mitra developed to address a conundrum familiar to scientists studying songbirds.

Scientists have known for decades that the “innate” song of an isolated songbird is different from the “learned” song of a songbird that was tutored by an adult. But where did that adult tutor’s song come from? Obviously from it’s own father, but where did this passed-down song originate? “This is a classic chicken-and-egg problem,” says Mitra.

He hypothesized that if the song of an isolated songbird were transmitted over multiple generations, the normal wild-type song would somehow spontaneously emerge. Using what mathematicians call a “recursive equation,” he came up with a model of how this might happen. This model, combining ideas from the literature on cultural evolution and quantitative genetics, tries to quantify the relative contributions of the songbird’s genetic background, learning ability and environmental factors to the emergence of the cultured song.

To experimentally test his hypothesis, Mitra five years ago approached his long-time collaborator, Professor Ofer Tchernichovski, Ph.D., a songbird biologist at CCNY. Tchernichovski and his graduate student Olga Feher took up the experimental challenge, raising songbirds in soundproof boxes and collecting audio and video recordings of their subjects. Mitra and CSHL postdoctoral fellow Haibin Wang, in turn, analyzed these recordings, comprising a large dataset of several terabytes, which show that the innate song of an isolated bird is gradually transformed over multiple generations into a song that closely resembled the song normally found in the wild.

“I was more pleased than surprised with the experimental data,” admits Mitra. “I came in with a strong bias that wild-type song culture would spontaneously emerge.” His colleagues, the experimentalists, were careful to design the study to rule out potential artifacts. “There were all manner of environmental factors—the presence of the females, for instance—that could have changed the outcome and resulted in the emergence of a completely new song culture,” Mitra says.

This work, the scientists maintain, now provides a unified experimental framework for researchers studying topics as diverse as cultural evolution, neuroethology (biology of song development) and quantitative genetics. “We’ve provided a starting point to explore the biology of cultural transmission in the laboratory,” says Mitra.

“De novo establishment of wild-type song culture in the zebra finch” appeared online ahead of print in Nature at 1pm on May 3rd. The full citation is Olga Fehrer, Haibin Wang, Sigal Saar, Partha P. Mitra and Ofer Tchernichovski.

Predicting the evolution of genetic mutations

CSHL quantitative biologists have designed a computational approach for predicting the evolution of a rapidly mutating virus or cancer.   Read more »

Saket Navlakha taps the power of biology and computers

Associate Professor Saket Navlakha is bringing ideas about “algorithms in nature” to the Simons Center for Quantitative Biology.   Read more »