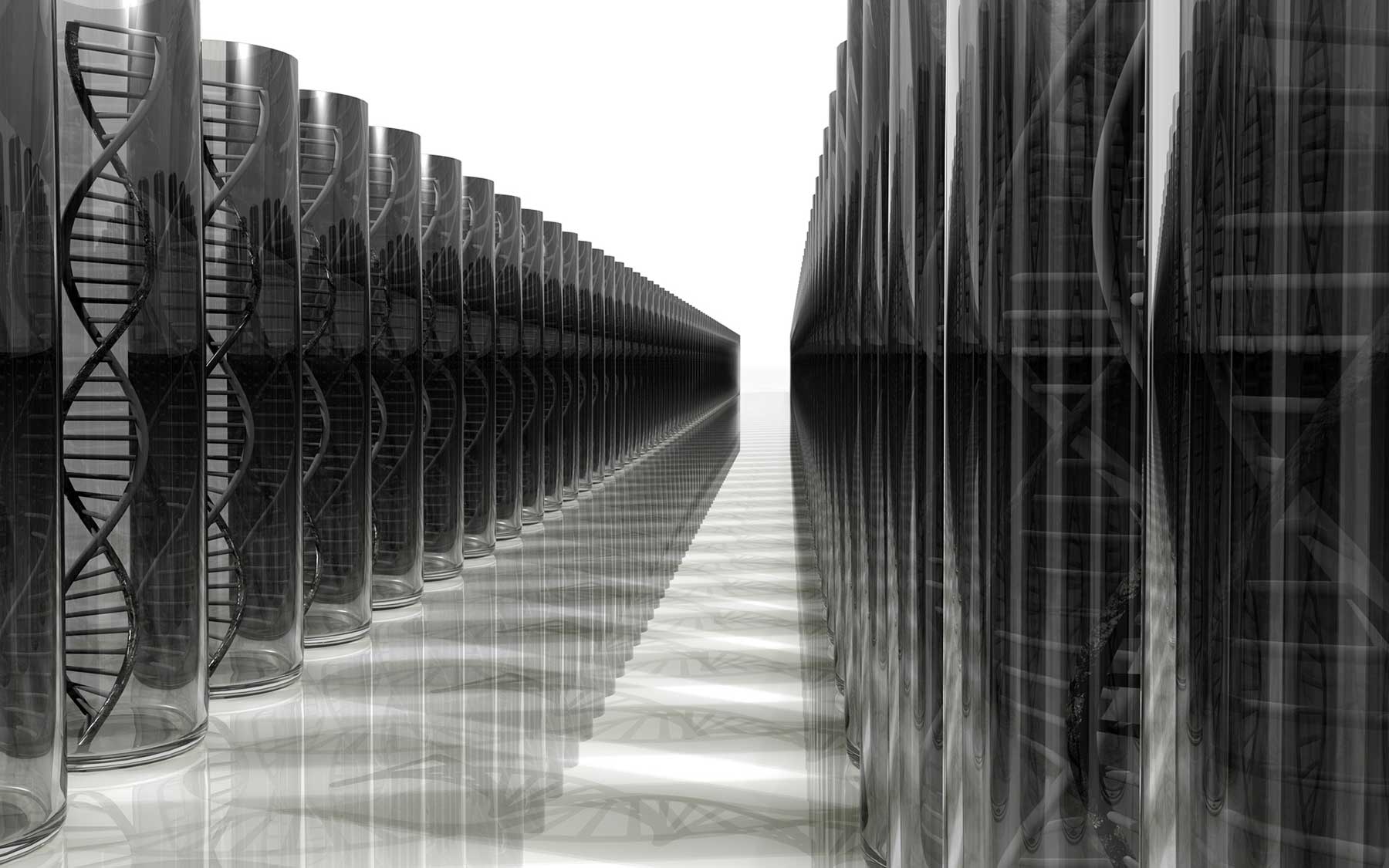 In the age of big data, theoretical physicist and Associate Professor Gurinder “Mickey” Atwal recognized the need for data analysis whizzes in biology research as well as Silicon Valley. Hear more from him, and how he’s using his skills to advance cancer research, in episode 11 of Base Pairs, “Biology, behind the screens.”

BS: And this is one of those Base Pairs chat episodes that you are beginning to hear about. This is our third one, right?

AA: Yes, our third one, following up with Mickey Atwal, who we heard about in our biology behind the screens episode in August.

BS: I had a lot of fun with that one. In that very punny episode…

BS: In that episode, we talked a lot about little known or little appreciated side of biology, which is quantitative biology. It’s super crazy important to biology, and it’s been that way for a long time. It played a big part in molecular biology, and these days it’s playing a big part because we have too much data and we need people to help us sift through the noise, see what’s important so we can keep experiments going.

AA: Yeah, too much data for humans to go through, manually at least.

BS: Yeah absolutely. What’s cool about all of that is that the folks who do that kind of work, they don’t do biology in the sense we’re used to. They’re not behind a microscope. I talked to Mickey a little bit about that.

When was the last time you actually needed to look through a microscope?

BS: Was that when you were still a student?

MA: Yeah I was actually, yeah for all my students, and not many people may know this, I was actually a medical student back in the day, straight out of high school. In England, there is no pre-med, you go straight from being a spotty 17 year old or 18 year old and go straight to medical school and chopping up dead bodies. I just really hated it, medical science, as it was just a lot of memorizing and lugging around huge textbooks, breaking my back. I didn’t have good memory, I was more of a math geek, more of a numbers guy.

BS: You were a problem solving guy.

MA: Yeah, I loved challenges, problems and math and physics. Things I would read on the spare, so two years of medical school and I was out.

AA: I had no idea that anybody went into medical school right out of high school. That seems, in high school pretty much you’re at the level of dissecting frogs, then to go from that straight into …

AA: Cadavers, that’s quite a leap.

BS: I got to talk to him a little more about that, and it’s actually a very interesting past. As you could tell, he grew up in England, his parents were actually immigrants from India, one was a farmer and the other was a factory worker. But the interesting thing about Mickey’s past was that from day one, everybody called him Mickey, just as we’re doing now.

AA: Right. He also as I know from going on the website…

AA: His faculty page, yes I know that his given name was Gurinder, am I saying that right?

BS: Yeah Gurinder, I think that’s … the thing is, Mickey’s not even sure if you’re saying it right and we’ll explain.

So they call you Mickey, but your other name is Gurinder?

MA: So the name on my passports and my birth certificates is Gurinder. Yes, I think that is the correct pronunciation. I’m not entirely sure if that’s correct.

BS: You’re not entirely sure? So how long have you been going by Mickey?

MA: Since day one. It’s a nickname that my mom gave me and it stuck.

BS: Was she a Disney fan or did she just like the name Mickey?

MA: Good question, you’d think I would know the answer to that one. No, I think she had heard of the name being used as a nickname by somebody else and she liked it. I don’t think she was very familiar with Disney and the movies back then.

BS: So you know, not the biggest Disney fans, or not yet anyways.

BS: Very desirable skill set, and Andrea why is that skill set desirable?

AA: I think if you went over to Silicon Valley, it would be pretty apparent that …

AA: Yeah, Wall Street. That’s true, even closer to home for us. I wonder what our world could be like if some of those people were using their skills to change biology instead of to revolutionize the way we communicate through social media and things like that.

MA: These are the same skill sets that are used by people on the West Coast and Silicon Valley, and here close to us on Wall Street. I would have students or post doctoral candidates interviewing for me and would have competing job offers at places like Facebook. They would do very similar research, except trying to predict how does a tumor evolve, they may be trying to predict how does the stock price change, sometime in the future. It’s surprisingly very similar, the kind of mathematics. I don’t think there is enough awareness of machine learning and big data technology as compared to the advertising industry and the financial sectors.

BS: So people with these skill sets just immediately assume they’re going to be going off to Silicon Valley or Wall Street.

MA: Yeah, I can understand it’s quite lucrative and there’s a steady pathway from traditional undergraduate majors and electrical engineering and data sites to these jobs. Perhaps the transition into biological science isn’t so well paved out. It would be great if more people were aware of how machine learning is really making great inroads to solving really fundamental problems to molecular biology.

AA: We talked about in the full episode that even though it’s kind of the minority of people with this skill set who apply it to biology, there is a pretty long history of this happening famously as we mentioned. The double helix paper from Austin and Crick was really a quantitative biology theory paper at its core. There was no experiment that led them to discover the double helix.

BS: Right, right, it was basically just equations and putting together a model and saying does this work, does this work, et cetera. Interestingly enough, in that paper, they credit somebody named Irwin Schröedinger. I’m sure you all know him pretty darn well.

AA: Especially if we mention the word cat, that might help.

MA: Erwin Schröedinger? Him of the famous unfortunate cat experiment. Don’t know why he had to choose cats.

MA: I guess so. After his multiple contributions in quantum physics and relativity theory, he was interested in problems in biology. Back then big problems in the 40’s were, how did you inherit information, and how do cells do it? He wrote a famous book for the public, I think it’s called “What is Life”. He made some amazing predictions back then. One of his predictions was, all the information you’d need to convey life in a cell is carried in a molecule. I think he called it, what is it, an a-periodic crystal. Basically it’s a long molecule which doesn’t repeat itself, it has lots of different elements. That’s what we now know as DNA.

MA: So interesting enough, Frances Crick and James Watson both credit Irwin Schröedinger and his book for inspiring them to work on understanding the double helix structure of DNA.

BS: So I’ve got an amazing prediction of my own, which is that everybody is going to really enjoy our next podcast episode.

AA: Look at you with the transitions.

BS: Andrea wound up doing a lot of really good reporting for it, and what’s it about Andrea?

AA: It is about very important but I would say little known period in American history. Some of you might be familiar with the word eugenics, you probably associated it with Germany. But that is a period in American history as well and I think it’s a good time for us to talk about that history because of the advances that are being made in our ability to hold the human genome which is really what eugenics is all about.

BS: Alright, so stay tuned for that because it’s going to be a good one.

Biology, behind the screens

Base Pairs Episode 11.5: What Silicon Valley and biology research share