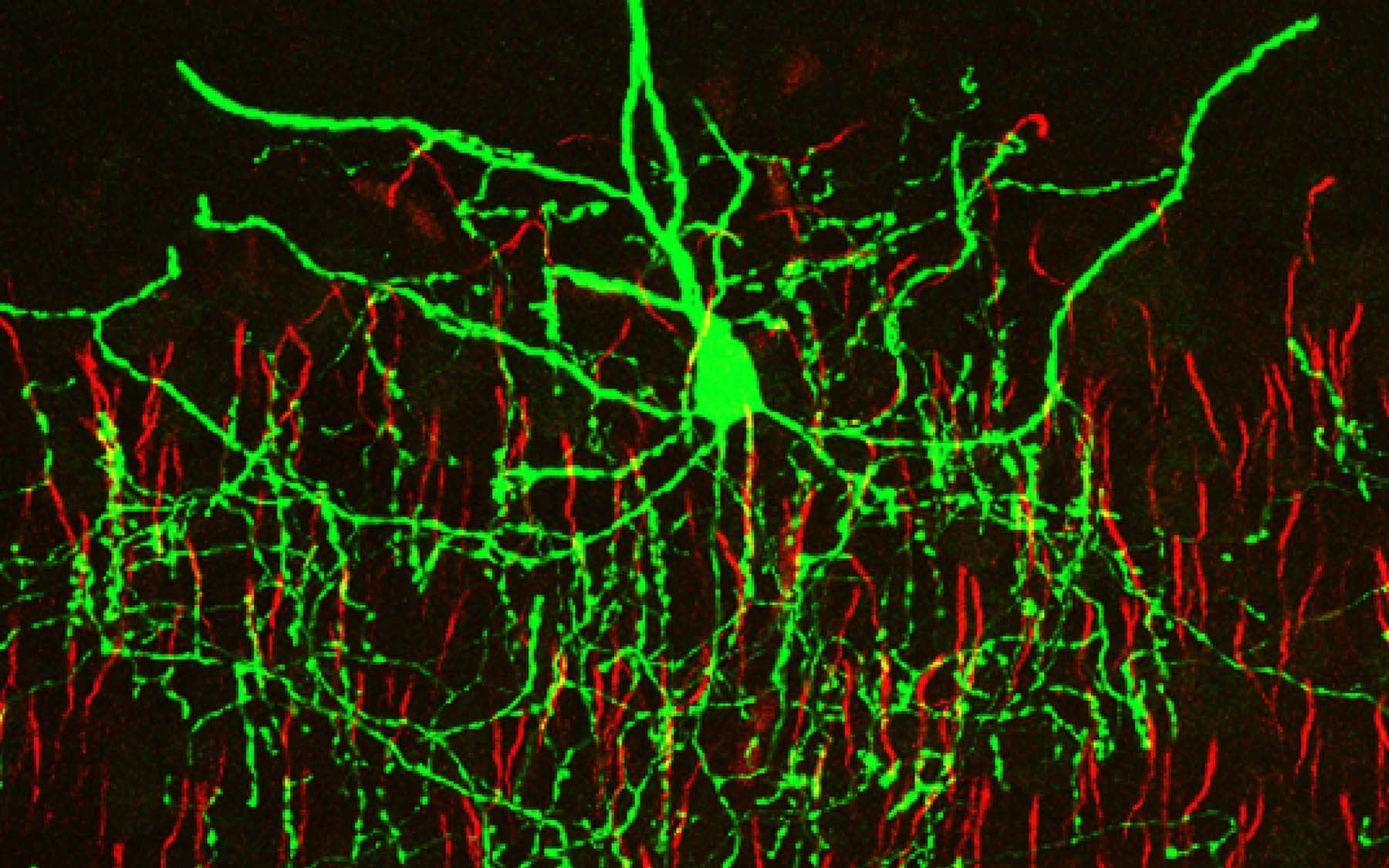 Chandelier cells, a group of powerful inhibitory neurons, are important in epilepsy and schizophrenia

Cold Spring Harbor, NY — Chandelier cells are neurons that use their unique shape to act like master circuit breakers in the brain’s cerebral cortex. These cells have dozens, often hundreds, of branching axonal projections—output channels from the cell body of the neuron—that lend the full structure of a chandelier-like appearance. Each of those projections extends to a nearby excitatory neuron. The unique structure allows just one inhibitory chandelier cell to block or modify the output of literally hundreds of other cells at one time.

Without such large-scale inhibition, some circuits in the brain would seize up, as occurs in epilepsy. Abnormal chandelier cell function also has been implicated in schizophrenia. Yet after nearly 40 years of research, little is known about how these important inhibitory neurons develop and function.

In work published today in Cell Reports, a team led by CSHL Professor Linda Van Aelst identifies two proteins that control the structure of chandelier cells, and offers insight into how they are regulated.

Using this new method, the team found two proteins, DOCK7 and ErbB4, whose activity is essential in processes that give chandelier cells their striking shape. When the function of these proteins is disrupted, chandelier cells have fewer, more disorganized, axonal projections. Van Aelst and colleagues used a series of biochemical experiments to explore the relationship between the two proteins. They found that DOCK7 activates ErbB4 through a previously unknown mechanism; this activation must occur if chandelier cells are to develop their characteristic architecture.

Moving forward, Van Aelst says she is interested in exploring the relationship between structure and function of chandelier cells. “We envisage that morphological changes are likely to impact the function of chandelier cells, and consequently, alter the activity of cortical networks. We believe irregularities in these networks contribute to the cognitive abnormalities characteristic of schizophrenia and epilepsy. As we move forward, therefore, we hope that our findings will improve our understanding of these devastating neurological disorders.”

This work was supported by two grants from the National Institutes of Health.