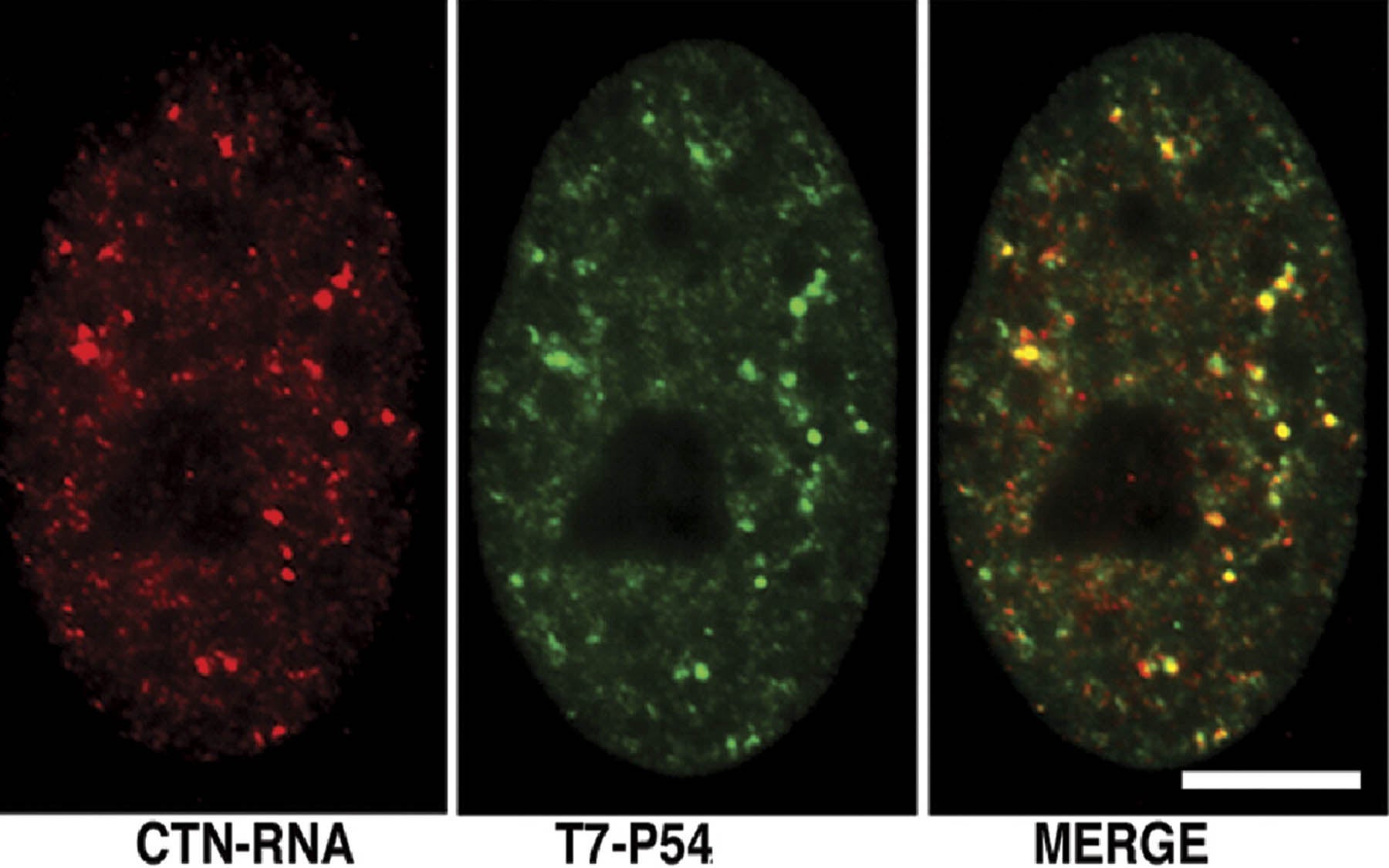 Cold Spring Harbor, NY — Researchers at Cold Spring Harbor Laboratory have discovered a new kind of messenger RNA molecule that is converted from non-protein coding status to protein-coding status in response to cellular stress such as viral infection. The discovery reveals a “cut and run” mechanism that is likely to control the expression of many genes in humans and other organisms. A deeper understanding of this mechanism is predicted to have broad implications for biology and biomedical research.

The central dogma of molecular biology holds that the DNA of genes is “transcribed” into messenger RNA and messenger RNA is “translated” into protein. The regulation of transcription and translation ultimately determines whether particular genes are switched on to produce protein, or switched off. Once they are made, most messenger RNA molecules are exported from the cell nucleus to the cytoplasm and are then used in the cytoplasm as templates for the production of protein.

“We thought that these messenger RNAs must be doing something interesting by hanging around in the nucleus, but at the time we didn’t have a way of finding out what that might be,” says Spector. “Why would they be produced if they would never be used?”

Then one of Spector’s graduate students developed a method for purifying speckles. That allowed the researchers to identify not only the many different protein components of speckles, but also the messenger RNAs that are the basis of the new study, published in the October 21 issue of the journal Cell. The study—spearheaded by Cold Spring Harbor Laboratory postdoctoral fellow Dr. Kannanganattu Prasanth—identified the first such messenger RNA: one transcribed from a mouse gene called mCAT2 that encodes a cell surface receptor.

“The first clue came when we found that the mCAT2 gene encodes two different kinds of messenger RNAs; the standard protein-coding version that’s exported to the cytoplasm as usual, and an atypical version that remains in the nucleus,” says Spector. “But the big clue came when we thought about what the mCAT2 receptor does and why the mCAT2 gene would encode a messenger RNA that stays in the nucleus.”

The scientists learned from the work of others that the mCAT2 receptor is involved in the production of nitric oxide, and that nitric oxide production is stimulated by various stress conditions including wound healing and viral infection.

“That told us that when cells are stressed, maybe the atypical messenger RNA is released from the nucleus, exported to the cytoplasm, and translated into protein, thus circumventing the time-consuming process of producing new messenger RNA and providing a rapid response to viral infection or other stresses,” says Spector. To test this idea, the researchers mimicked the effect of viral infection by treating cells with interferon.

Sure enough, they discovered that the atypical mCAT2 messenger RNA in the nucleus was rapidly cleaved in response to interferon treatment, and that the protein-coding portion of the molecule was then quickly exported to the cytoplasm and translated into protein (see illustration).

“This ‘cut and run’ mechanism is a completely new paradigm of gene regulation, so studying it will keep us busy for a while. But we already suspect that there is going to be a large family of genes regulated in this way,” says Spector.

In addition to Spector, Prasanth, and their colleagues at Cold Spring Harbor Laboratory, researchers at Ionis Pharmaceuticals (Carlsbad, CA) were involved in the study, which was funded by the National Institutes of Health (NIGMS, NCI) and the Louis Morin Charitable Trust.

Written and edited by experts in the field, this collection from Cold Spring Harbor Perspectives in Medicine covers all aspects of PTEN biology and its roles in human diseases.   Read more »

Images of ‘invisible’ holes on cells may jumpstart research

Cellular pores, once impossible to see, have been imaged for the first time. This sets the stage for new discoveries about blood pressure and pain.   Read more »