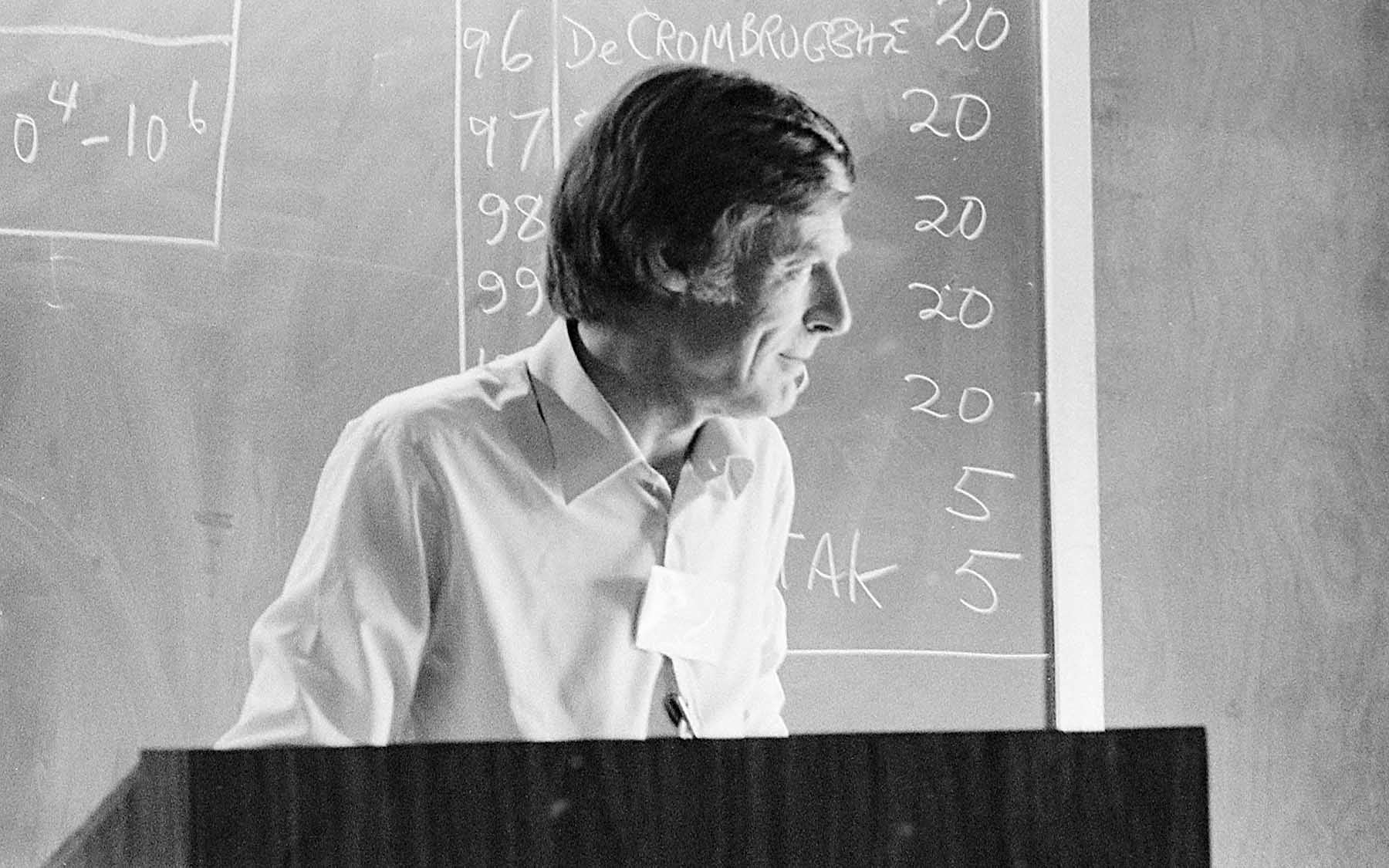 Dr. John Cairns, who served as Director of Cold Spring Harbor Laboratory (CSHL) from 1963 to 1968 and is known for his pioneering work in DNA autoradiography, passed away in November at age 95.

Cairns was a physician and molecular biologist, trained at Oxford; he ended up in the world of virology, which ultimately brought him to work with Alfred Hershey at CSHL, while on sabbatical from the Australian National University. He returned a few years later as Director.

At CSHL, Cairns showed, using his autoradiography technique, that the phage T2 DNA chromosome was a single DNA molecule, and he estimated its size. He later took now-famous autoradiographs of the E. coli chromosome and HeLa cells.

“John described the Laboratory as ‘Arcadia,’ an unspoiled, harmonious wilderness, a mythical place with scientific ideal. But in the early 1960s, Arcadia was under stress,” CSHL President & CEO Bruce Stillman said in a memorial to the late Dr. Cairns. Director Cairns took up the challenge, says Stillman. He ordered building renovations, kept programs running, and even pitched in with upkeep by mowing the lawns. He and his wife Elfie were much loved in Cold Spring Harbor, and they in turn were grateful for their acceptance into the local community. Stillman remarked that John’s tenure as Director spoke volumes about who John was as a person. “He was ethical, dedicated and sincere. All the while, contributing significant science discoveries. CSHL would have not survived, if it had not been for John.”

Cairns remained on the faculty at CSHL until 1973. He was later awarded Fellowships with the Royal Society and the MacArthur Foundation, and served as head of the Mill Hill Laboratory of the Imperial Cancer Research Fund, and Professor at the Harvard School of Public Health.