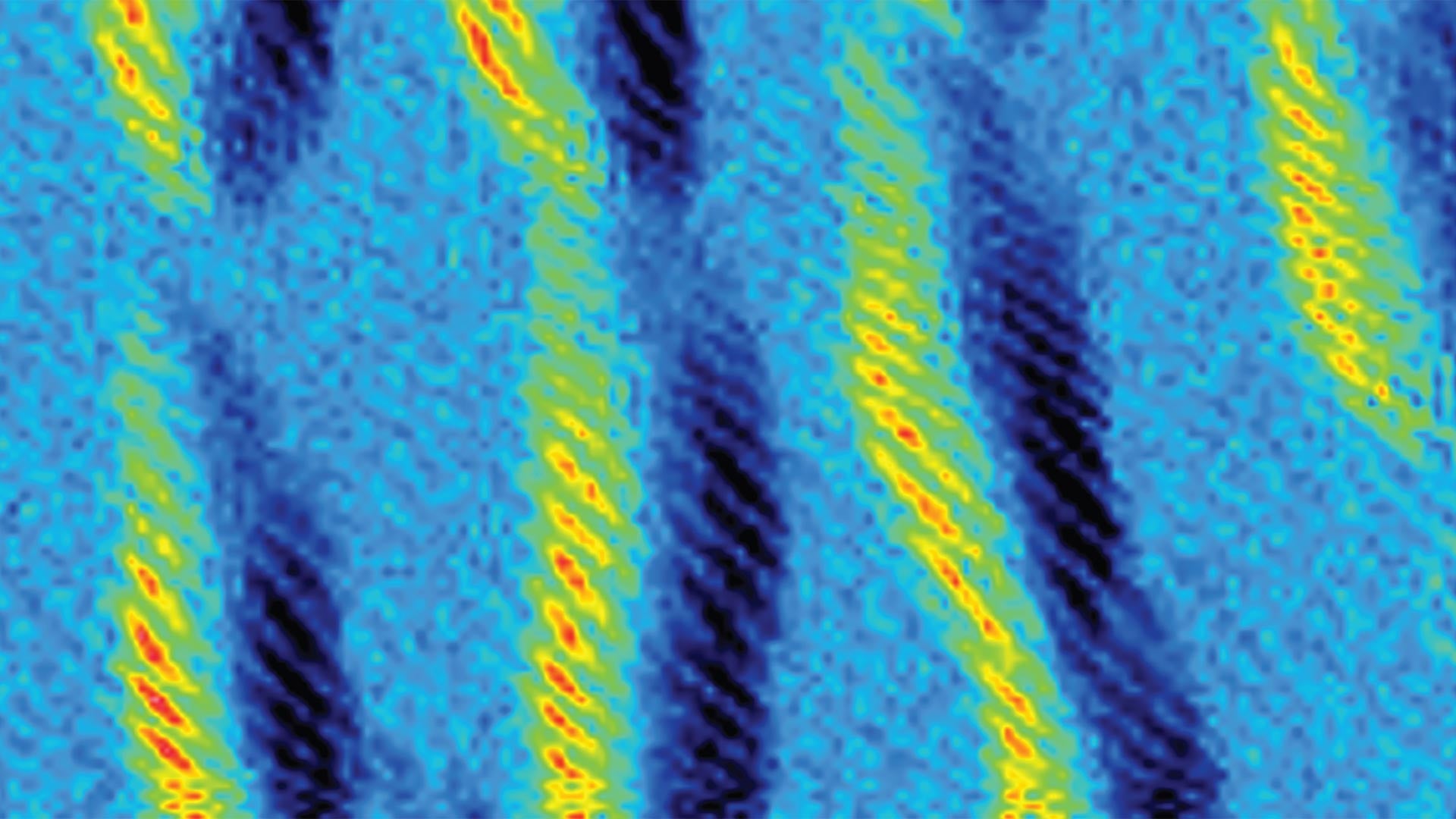 These spring-like structures are helix-shaped polymers. The helical coils are indicated by bright stripes in this side view of the tiny molecule-sized threads laying on a surface. A team of chemists used click chemistry to build these SOF4-based polymers. This image was taken by atomic force microscopy. Image: Han Zuilhof lab
email envelop icontwitter icon share buttonfacebook icon share buttonlinkedin icon share button

A multi-institutional team of chemists harnessed the power of a dangerous gas called SOF4 to create new modifiable polymers useful for drug discovery and material science. The team used a type of rapid and reliable chemistry known as click chemistry to “click” these molecules together without producing toxic byproducts.

SOF4 is a gas that was discovered over a hundred years ago but is rarely used because it is difficult to prepare and highly reactive. Now a collaboration of chemists including Cold Spring Harbor Laboratory (CSHL) Professor John E. Moses, Nobel laureate K. Barry Sharpless and Associate Professor Peng Wu, both of Scripps Research, and Han Zuilhof of Wageningen University found a way to use the molecule safely as building blocks for new products. In a paper in Nature Chemistry, they describe a new set of modifiable polymers made from SOF4.

It was a team effort to tame the molecule. Zuilhof says, “The goals of the various research groups were different, but we combined all our expertise to achieve our many goals.” Suhua Li, the lead author of the study and a former postdoc in Sharpless’ lab, started with a tiny container of the gas in the lab, but after he used that up, he says, “there was no more SOF4 available anywhere in the world. The great potential of the SOF4 chemistry inspired me to make the gas by myself, even though the procedure seemed dangerous.”

This is the first in a series of videos about the cool science tools used by scientists every day at Cold Spring Harbor Laboratory (CSHL). CSHL Professor John E. Moses is a chemist whose laboratory synthesizes novel molecules using a form of green (relatively efficient and clean) chemistry, called click chemistry. His team discovers new materials, therapeutic drugs, and tools for biology. CSHL postdoc chemist Joshua Homer demonstrates how the Moses lab purifies molecules they synthesize using the rotating evaporator. The machine, which they usually call the “rotovap”, can separate a mixture of two different chemicals, removing a more volatile liquid from a less volatile liquid or solid. Alternatively, the machine can remove all solvents from a solution, leaving only the solids behind. The machine applies heat and vacuum to the system, keeping the temperature even by rotating the round container. The liquid chemical with the lower boiling point evaporates from the first container. The evaporated vapor condenses onto a cooled, twisted coil and drips into a collection container below. What is left behind in the first container is what the scientists were trying to purify.

The SOF4 molecule could be used as a hub to link together diverse components into a modular family of new—and potentially valuable—materials. Even more importantly, the scientists found that the reactions could be done in an environmentally safe way without dangerous solvents and polluting byproducts—a form of what chemists call “click chemistry”.

“That’s why click chemistry is great, really! These polymers could be made in one day. As long as we have the gas, we could do all that chemistry in one day, make a polymer, and post-modify it in one day. That’s incredibly fast.”

This new chemistry will allow scientists to generate a vast new library of polymers, each with its own distinct properties and applications in drug discovery and material science. Sharpless says, “It is the making and breaking of the nascent, growing polymer links that let us access what seems magical.” Moses adds:

“The opportunity for these polymers, I think, is infinite. There are so many things we can do with it, really. We’re limited by our imagination.”

A multi-institutional team of chemists harnessed the power of a dangerous gas called SOF4 to create new modifiable polymers useful for drug discovery and material science. The team used a type of rapid and reliable chemistry known as click chemistry to “click” these molecules together without producing toxic byproducts. 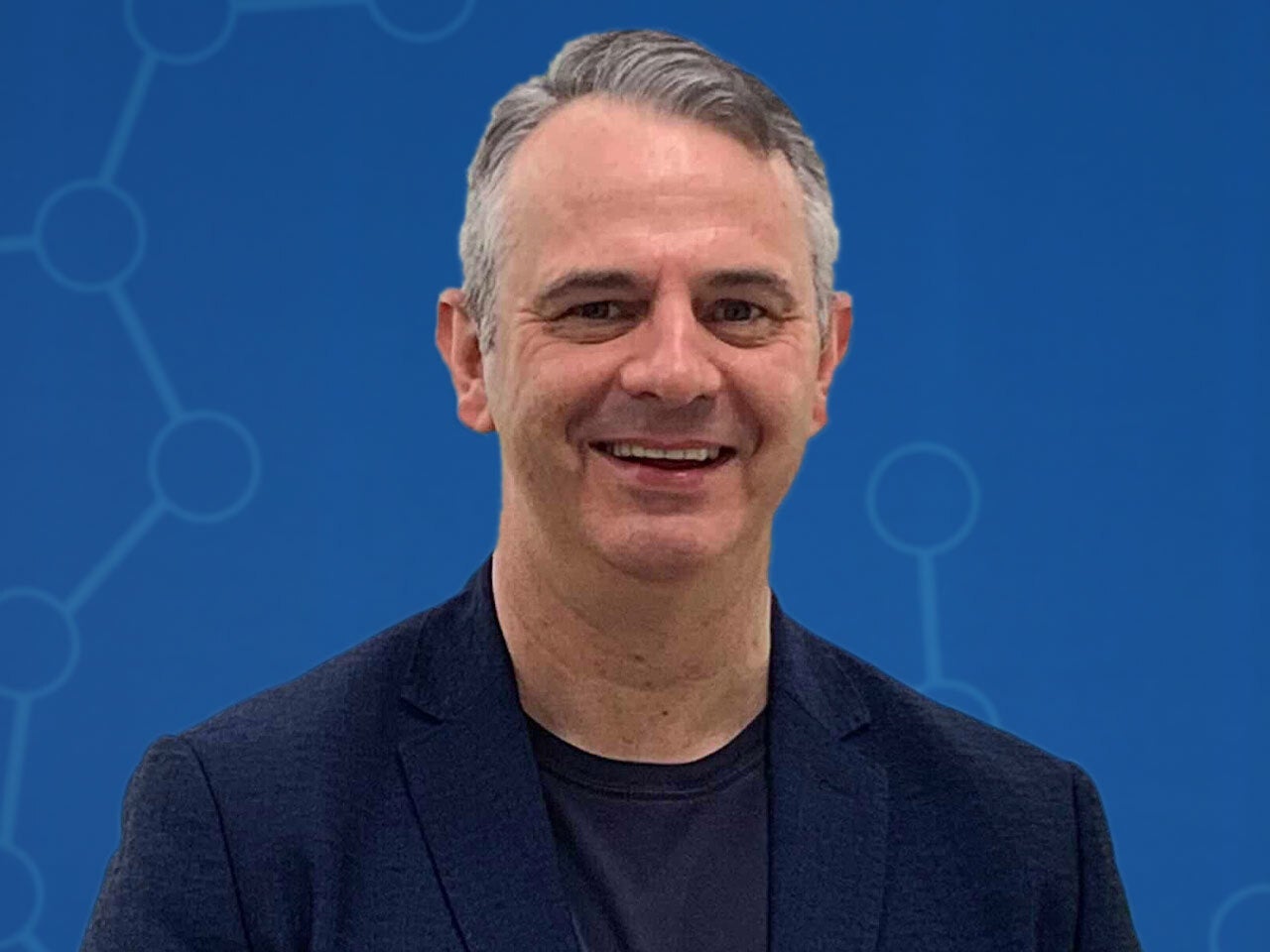 In the laboratory of John E. Moses, the rotating evaporator (rotovap) helps chemists purify the molecules they make.   Read more »