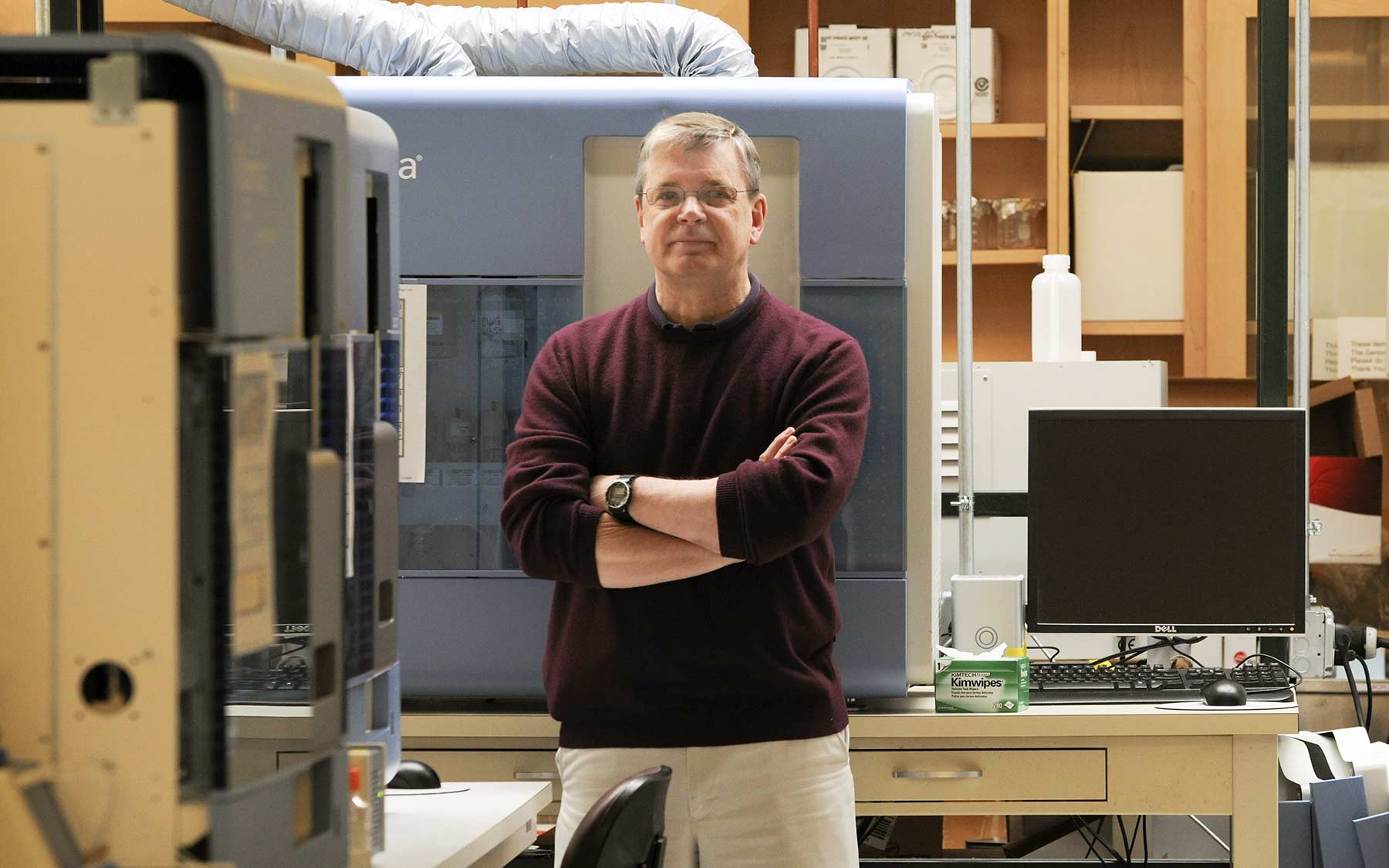 CSHL Professor Thomas Gingeras, Ph.D., is a widely recognized genome investigator and developer of pioneering technologies used to probe it, including DNA microarrays. He is a co-principal investigator of ENCODE, The Encyclopedia of DNA Elements, a project launched by the National Genome Research Institute. Its aim: to compile a comprehensive list of functional elements across the human genome. Gingeras is also an investigator in modENCODE, a related effort to catalog functional elements in the genomes of model organisms, notably the worm C. elegans and the fly Drosophila melanogaster.

CSHL Professor Thomas Gingeras is a member of an international consortium that has spent 4 years annotating the genomes of two model organisms, C. elegans, a roundworm, and Drosophila melanogaster, the common fruit fly. The project, called modENCODE, for Model organism Encyclopedia of DNA Elements, seeks to compile comprehensive data sets across a developmental time course and in multiple cell lines, in each of the model organisms. In a paper published Dec. 23rd in Science, Gingeras and colleagues report on “Identification of Functional Elements and Regulatory Circuits by Drosophila modENCODE.” With the work that stands behind this paper, the annotated portion of the Drosophila genome has now tripled, revealing a functional regulatory network in stunning detail. Thomas Gingeras describes the work in this podcast, recorded Dec. 23, 2010 with Peter Tarr, a science writer at CSHL.

Read about Thomas Gingeras’ genome studies in the Harbor Transcript: The gene redefined .

Researchers found that human, fly, and worm genomes have a number of key genomic processes in common, reflecting their shared ancestry.   Read more »

Dark matter of the genome, part 2

This episode of Base Pairs deals with the myth of "junk DNA" and why scientists are interested in non-coding portions of the genome.   Read more »