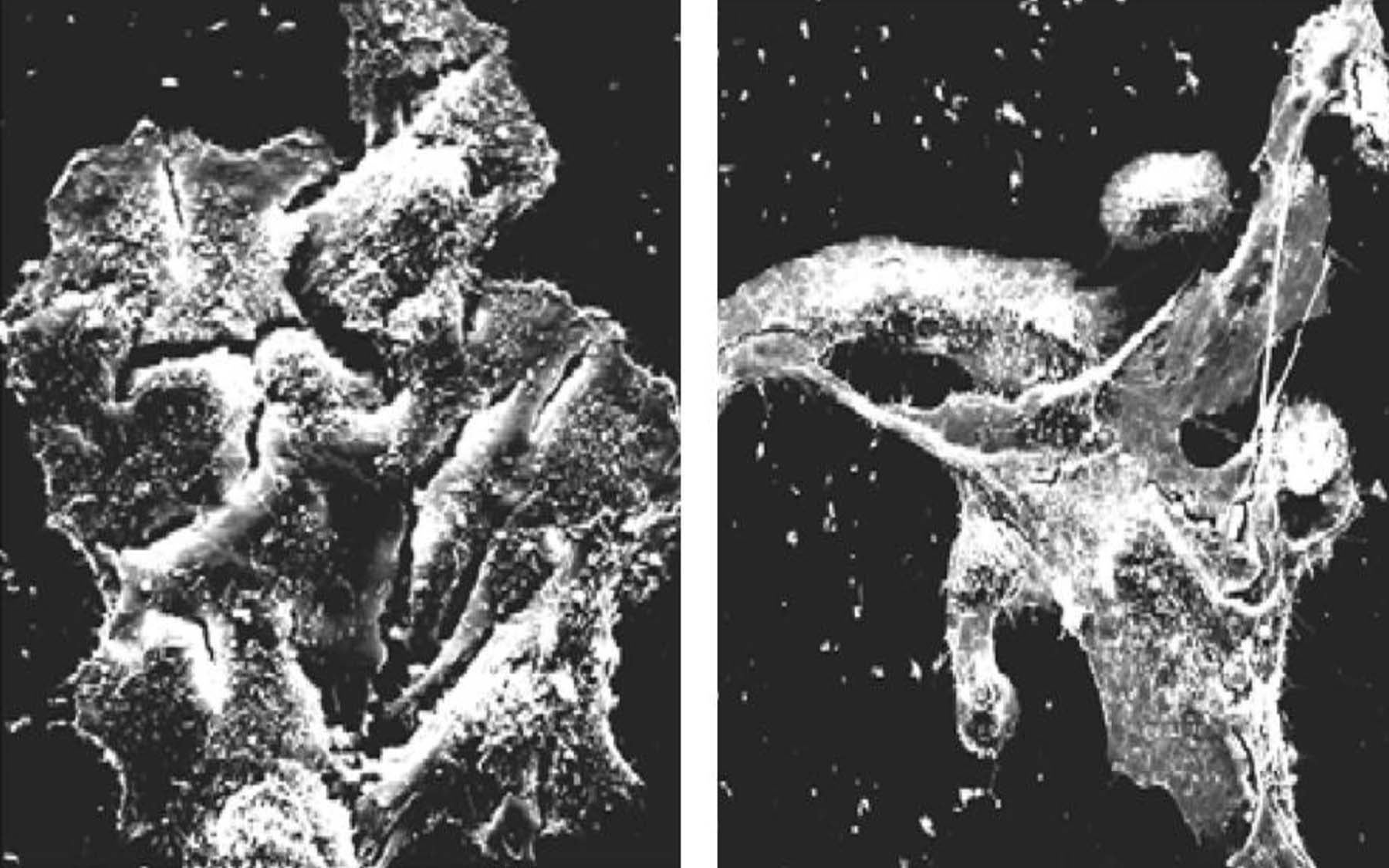 Cold Spring Harbor, NY — One of the most tantalizing developments in anti-cancer therapy over recent years has been the advent of targeted treatments, which have proven highly effective in holding aggressive cancers at bay in certain patients, although typically only for a limited period of time.

A team led by Raffaella Sordella, Ph.D., an Assistant Professor at Cold Spring Harbor Laboratory (CSHL), today published results of a study that suggests new ways in which tumor cells develop resistance to one of the most successful targeted therapies, the small-molecule drug Tarceva (erlotinib). Since its approval by the U.S. Food and Drug Administration in 2004, Tarceva has produced dramatic, albeit impermanent, remissions in a subset of patients with notoriously difficult-to-treat cancers including non-small cell lung cancer (NSCLC) and pancreatic cancer.

Tarceva homes in on a specific area, or domain, of a very common cell-membrane receptor called EGFR, the epidermal growth-factor receptor. The drug has been shown to be effective in some NSCLC patients with specific oncogenic (cancer-promoting) mutations of EGFR. The drug molecule physically occupies a tiny pocket in the receptor structure—within an area called the tyrosine kinase domain, located just beneath the surface of the cell. This prevents the receptor from initiating a cascade of internal signals that can cause cellular growth to careen out of control, something like a switch stuck in the “on” position.

Over recent years Sordella and colleagues have focused on the question of how NSCLC tumor cells develop resistance to Tarceva. Specifically, they wanted to move beyond known explanations accounting for about half of the observed resistance. “Our colleagues in the field have already shown that secondary mutations of EGFR or amplification of a gene called c-MET are responsible for about 50% of cases of Tarceva resistance. We wanted to explain the other cases, in which the mechanism of resistance simply was not known.”

Sordella’s team, which was joined by investigators from Weill Cornell Medical College of Cornell University and the Boltzmann Institute for Cancer Research in Vienna, found what they regard as “compelling evidence” of other modes of resistance. One pertains to a population of NSCLC cells within untreated tumors that they found to be “intrinsically resistant” to Tarceva. These are cells—accounting for about 3% of the tumor samples studied—that exhibit features suggestive of something scientists call EMT: the transition of normal epithelial cells to mesenchymal cells—cells with increased metastatic potential.

This subpopulation of tumor cells were observed to secrete elevated amounts of TGF-β, a type of growth factor that plays a role in cell differentiation, development, and in regulation of the immune system. Up-regulation of TGF-β in these tumor cells resulted in increased secretion of a signaling molecule called IL-6, which among other things is also involved in immune responses. This subset of tumor cells with up-regulated TGF-β and increased IL-6 secretion was observed to resist treatment with Tarceva, independently of the EGFR pathway.

“This led us to the idea that inflammation might be one of the factors that could reduce a lung tumor cell’s sensitivity to Tarceva,” Sordella says. Since IL-6 and TGF-β are actively produced during the general inflammatory process, the team was led to explore whether inflammation mediated by non-cancer cells in the tumor microenvironment might also play a role in resistance to Tarceva. Using mouse models, the team was able to show precisely that.

Why IL-6 seems to be required for the survival of the cancer cells is not yet clear,” Sordella notes. “We hypothesize that it plays a role in protecting cells from programmed cell-death, or apoptosis. We expect to investigate that possibility in future studies.”

“TGF-β IL-6 axis mediates selective and adaptive mechanisms of resistance to molecular targeted therapy in lung cancer” appears online ahead of print on August 16 in Proceedings of the National Academy of Sciences. The authors are: Zhan Yao, Silvia Fenoglio, Matthew Camiolo, Trine Lindsted, Chris Johns, Vivek Mittal, and Raffaella Sordella.  The paper can be read or downloaded at doi: 10.1073/pnas.1009472107. 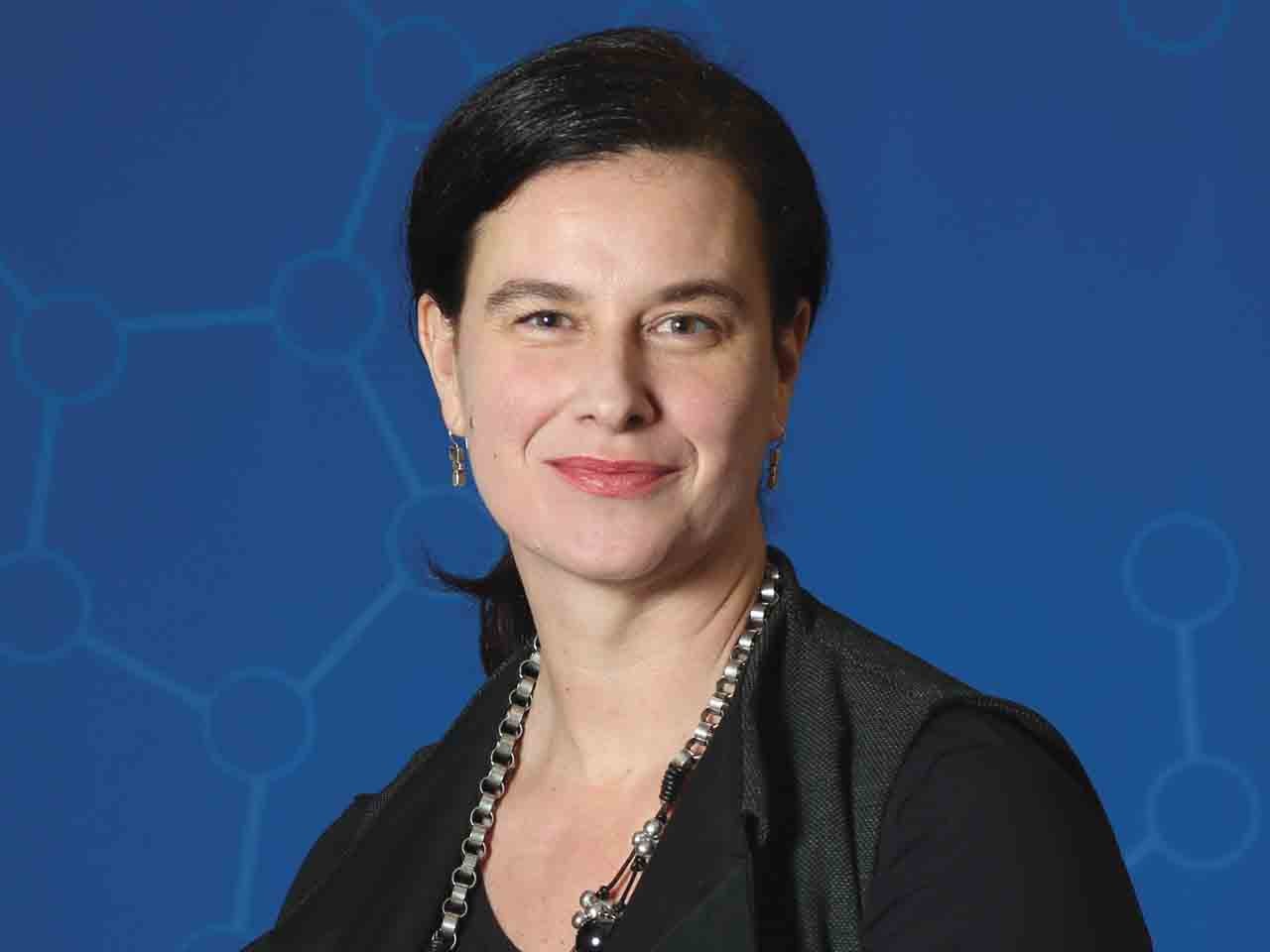