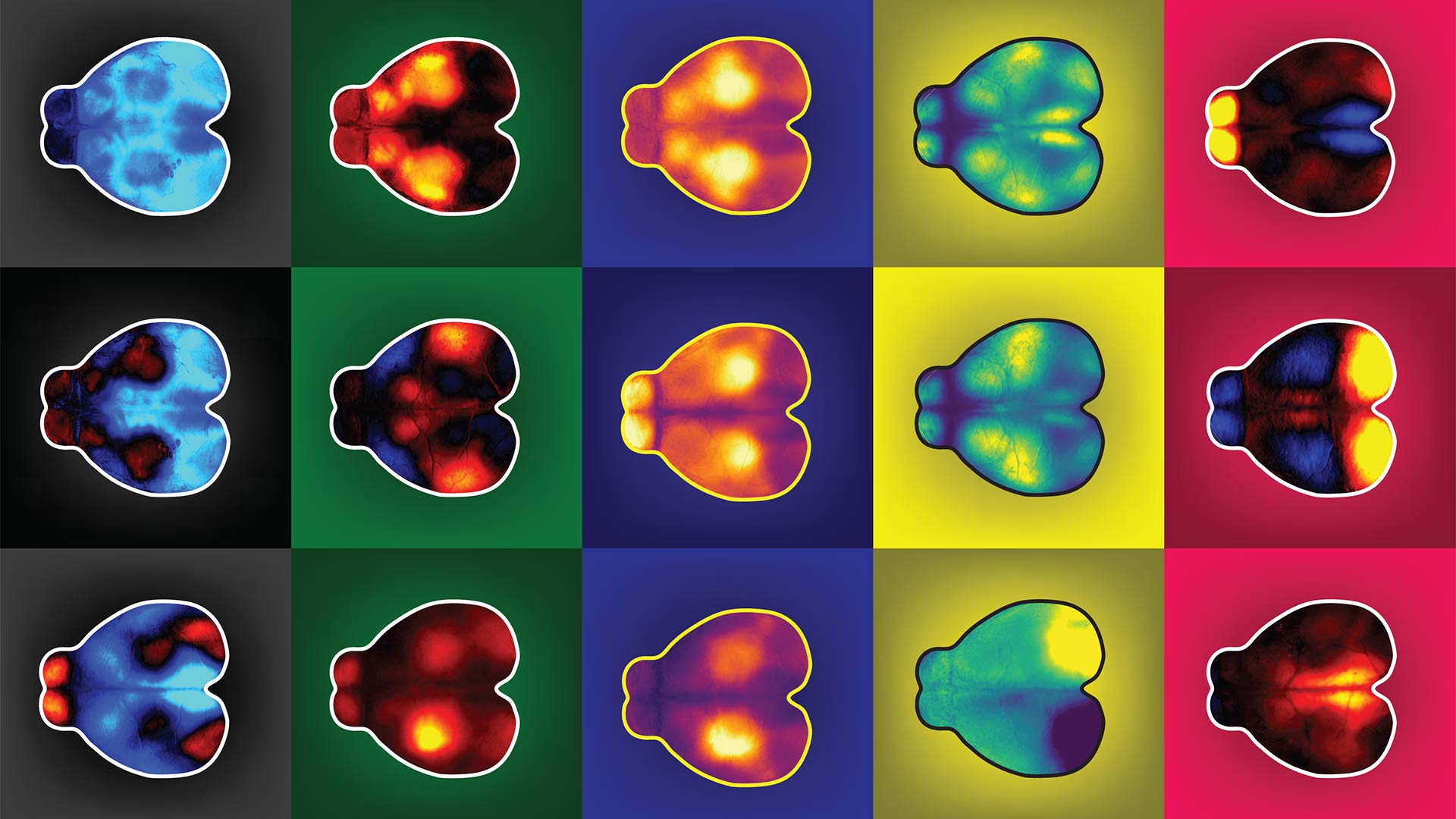 By measuring the brain activity of mice during decision making, neuroscientists at Cold Spring Harbor Laboratory observed that like humans, mice also seemed to fidget, or make uninstructed movements unrelated to the trained task.

Almost everyone fidgets, said Cold Spring Harbor Laboratory Associate Professor Anne Churchland. She referred to a collage of videos she compiled of different people rocking back and forth in their chairs, clicking a pen, shaking their legs.

“This is a collection of uninstructed movements,” she explained. “These are all people who were thinking and talking, and these are probably familiar fidgets that you’ve seen people do.”

It turns out that humans aren’t the only animals that fidget. In a new study published in the journal Nature Neuroscience, Churchland, co-first authors Simon Musall and Matt Kaufman, and colleagues observed that the neural activity of mice performing trained tasks indicated that they also seemed to fidget while making decisions.

The focus of the Churchland lab is on investigating the neural circuits that are connected to decision-making. The starting point for this paper was looking at the neural activity all across the top part of the brain in a mouse while it was engaged in decision-making tasks.

They measured the activity with wide-field imaging, which Churchland likens to an fMRI (used for mapping brain activity) for a mouse.

For the science community researching cognition, the new results present a major cautionary tale about discerning signals uniquely related to cognitive processes and signals related to background movements, Churchland said. Researchers will have to work to disentangle the two signals from one another, and this study provides guidelines and computational codes on how to correct for it.

The mice in Churchland’s lab were trained to make specific movements, like grabbing little handles to initiate a trial, and lick one way or the other to report their decisions. The scientists expected to see neural activity related to movements that had to do with handle grabbing or with licking. What they saw was that one seemingly simple task set off a symphony of electrical activity across the mouse brain. It made the team realize that they weren’t thinking about decision-making in a very complete way.

“This really didn’t look like what we expected it to. So, we dug a little deeper and tried to figure out what was driving this activity,” Churchland said.

They found that most of the activity was driven by uninstructed movements that the animal was making like hind limb movements, pupil dilations, facial movements, nose movements, and whisker movements.

“We think of all these together as making up a movement landscape. We were always aware of a few of these movements, but the landscape is turning out to be much richer than we had realized,” she said. “We thought the animals were 100 percent focused on our task, and the licking and the grabbing and the deciding. It turned out that they had their own set of priorities that involved a lot of movements of all different kinds.”

Churchland and her lab are still working to understand what these priorities are and how they accompany decisions. To Churchland, an interesting, albeit speculative, idea to come out of the study is that movements are more tightly connected to cognition than people recognized before.

“One hypothesis that we find intriguing is that in some way, maybe the movements are part of the process of thinking and deciding,” she said. “There might be this other aspect of fidgeting that people haven’t really considered before, which is that it’s part of how we call up that cognitive machinery. There are a lot of people who want to move when they’re thinking. And for a lot of people, it seems that part of what it means for them to think is to be moving around.”

Churchland thinks that to understand this link between cognition and movements better, it’s worthwhile to look at animals that are genetic models of human irregularities where the amount of movement and the kind of movement are aberrant. An example is the genetic model of Attention Deficit Hyperactivity Disorder (ADHD). Under many circumstances, people diagnosed with ADHD move a lot more.

“Maybe they need to move more because activating their cognitive machinery requires more movements compared to the average person. Or, maybe ADHD is an example of a system that is a little bit miscalibrated,” she said. “Many of us can rock our chair a little bit and finally concentrate deeply. Whereas people with other kinds of brains, if they want to concentrate deeply, simply rocking the chair doesn’t work that well.”

This research was funded by the Swiss National Science Foundation, the Pew Charitable Trusts, the Simons Collaboration on the Global Brain and the NIH.

By measuring the brain activity of mice during decision making, neuroscientists at Cold Spring Harbor Laboratory observed that like humans, mice also seemed to fidget, or make uninstructed movements unrelated to the trained task.