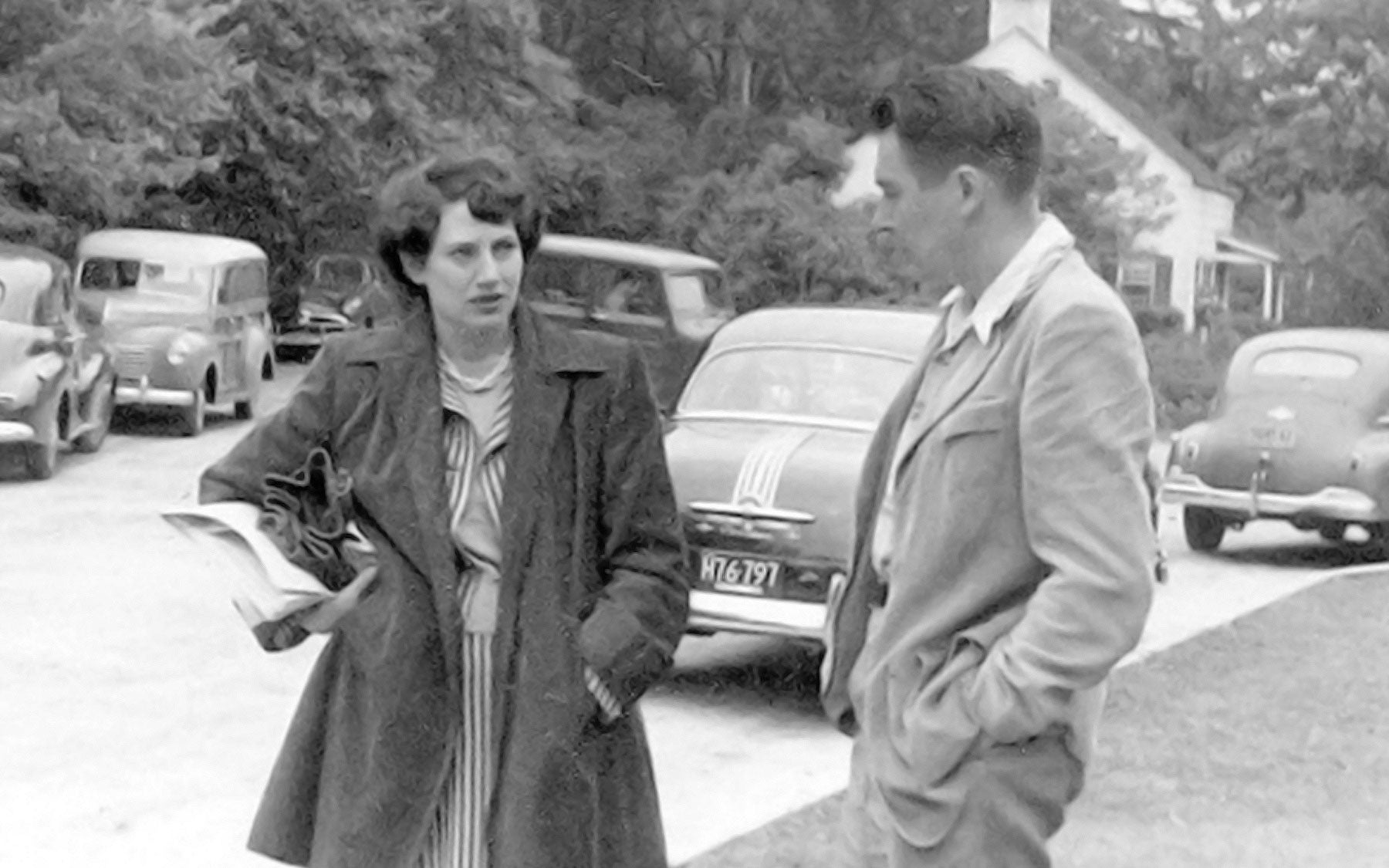 The courage of her convictions and a bit of luck helped bring her to CSHL 71 years ago, just as molecular genetics was emerging

Cold Spring Harbor, NY — Evelyn Witkin, Ph.D., who worked as a geneticist at Cold Spring Harbor Laboratory (CSHL) in the formative years of molecular biology, has been honored at age 94 with a Lasker Award for achievement in Basic Science. The announcement was made today by the New York-based Lasker Foundation.

Dr. Witkin made her mark in biology by identifying mechanisms of DNA repair and recombination through experiments on bacteria. (See detailed account of her career at CSHL Library & Archives website)

The Albert Lasker Basic Medical Research Award honors scientists whose fundamental investigations have provided techniques, information, or concepts contributing to the elimination of major causes of disability and death. The Lasker Awards are among the most respected science prizes in the world. Eighty-six Lasker laureates have received the Nobel Prize.

“We are pleased that Evelyn’s research at Cold Spring Harbor so many years ago has been appropriately recognized with the Lasker Basic Science Prize,” said Dr. Bruce Stillman, President of Cold Spring Harbor Laboratory. “Along with her Cold Spring Harbor colleague at the time, Barbara McClintock, Evelyn was a pioneer in understanding fundamental aspects of genetics.”

Witkin earned her Ph.D. in 1947 with Theodosius Dobzhansky at Columbia University for Drosophila (fruit fly) research. Her interests turned to bacterial genetics, and she spent the summer of 1944 at Cold Spring Harbor, where she isolated a radiation-resistant mutant of E. coli. Witkin remained at the Carnegie Institution Department of Genetics at Cold Spring Harbor until 1955. Subsequently she took a position at the State University of New York’s Downstate Medical Center in Brooklyn, and in 1971 became a professor Rutgers University. She was named Barbara McClintock Professor of Genetics in 1979 and was appointed in the Waksman Institute at Rutgers in 1983.  She retired in 1991.

“I was halfway through my graduate work at Columbia when I came to Cold Spring Harbor,” Witkin has told CSHL’s Library & Archives oral history project.  “The reason I came here was because I had just read a paper by [Salvador] Luria and [Max] Delbruck that suddenly convinced everyone that bacteria had genes just like everyone else and could be used for genetics. [Future Nobel laureates] Luria and Delbruck were among the people who were here that summer, and my professor at Columbia suggested that if I was so excited about bacteria, I should come out here and learn how to handle bacteria from Luria and do my Ph.D. research with bacteria instead of Drosophila. So I did work with Luria and met Barbara McClintock, we became very close friends.”

Witkin had originally intended to resume her research at Columbia University, but Columbia wasn’t set up to study microorganisms. That wasn’t the only happy accident of Witkin’s career. While an undergraduate at NYU in 1941, Witkin and several friends were outraged by a “gentlemen’s agreement” with southern schools to keep their black athletes out of intercollegiate games. When NYU prevented its star football player, Leonard Bates, from playing at a game at the University of Missouri, Witkin and six others started petitions and led protests with the slogan, “No Missouri Compromise, Bates Must Play!”

The university responded by suspending the seven leaders of the protest. Witkin couldn’t graduate with her class and lost her graduate position for the fall. “It was the best thing that could’ve happened,” she said. “I went to Columbia, met Professor Dobzhansky, and ended up at Cold Spring Harbor.” Sixty years later, NYU finally apologized by honoring the “Bates Seven” at an annual campus dinner.

“Oh, it was heaven,” replied Witkin when asked some years ago to characterize her experience during that summer of ’44, when she first came to Cold Spring Harbor. “[N]ever having had a course in microbiology, not knowing a thing about sterile technique, nothing about bacteria, I went to Cold Spring Harbor for the summer. He [then-Director Milislav Demerec] sat me down at a UV lamp and said, ‘Go, induce mutations.’ And I had no idea where to begin. Somebody helped me out, so I learned how to start a culture and do all that stuff.”

After Cold Spring Harbor, Witkin continued her genetics research with bacteria at Rutgers, using UV radiation to study the question of mutations and DNA repair. Her mutagenesis work led logically to her work on DNA repair. In the early 1970s, by characterizing the phenotypes of mutagenized E. coli, she and colleague Miroslav Radman detailed the SOS response to UV radiation in bacteria. This phenomenon is a means by which cells respond to damaged DNA. It involves arrest of the cell cycle and repair of damaged genetic material. Witkin continued to work on the mechanism of the SOS response until she retired in 1991. The SOS response to DNA damage has been called a seminal discovery because it was the first coordinated cellular stress response to be elucidated.

The Lasker Awards are among the most respected science prizes in the world. Since 1945, the Awards Program has recognized the contributions of scientists, physicians, and public servants who have made major advances in the understanding, diagnosis, treatment, cure, and prevention of human disease. Lasker Awards often presage future recognition by the Nobel committee, so they have become popularly known as “America’s Nobels.” Eighty-six Lasker laureates have received the Nobel Prize, including 44 in the last three decades. See http://www.laskerfoundation.org/awards/