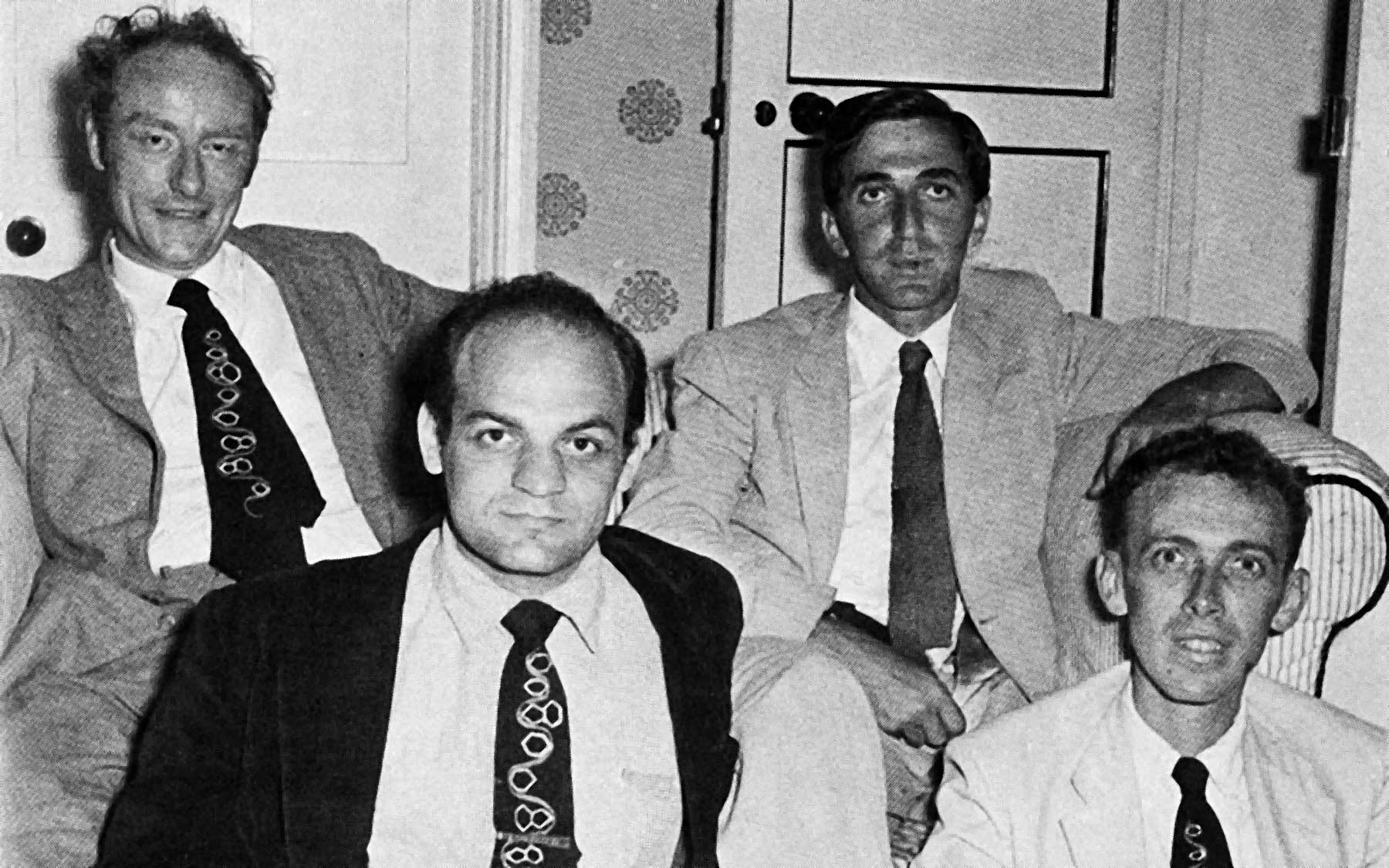 Cold Spring Harbor, NY — Like breathtaking diamonds and emeralds placed behind thick plate glass windows at Tiffany’s for the world to see, many of the world’s most important historical documents are placed just beyond the reach of the general public. They can occasionally be viewed at public exhibitions at major libraries and museums, but when they are, they are treated no differently than Tiffany’s prized jewels. They are glimpsed at a distance, almost always through translucent protective enclosures.

But those barriers to access are so… 20th century. By contrast, a treasure trove of documents produced and collected by two of the seminal figures in the history of modern biology—which have previously been available to scholars in an archive—will soon be accessible in a highly intimate way to anyone, anywhere in the world equipped with a computer and printer.

James D. Watson, the co-discoverer of the double-helix structure of DNA, the essential molecule of life, and Sydney Brenner, a biologist who helped break the genetic code, have been assiduous in preserving papers, artifacts and memorabilia pertaining to their epochal discoveries in molecular biology and genetics. And now, thanks to a collaboration between CSHL and the Wellcome Trust of the United Kingdom, nearly the entire collections of these Nobel laureates are being captured in digital format, as prelude to their release in digital form to the general public.

“This is all about open access,” says Mila Pollock, the executive director of Library and Archives at Cold Spring Harbor Laboratory (CSHL). “Digital technology is a very special gift, in that it enables any student, any person with curiosity anywhere in the world, to hold copies of the original materials of discovery in their own hands, and to examine them at their leisure.  It’s a priceless educational tool that is sure to generate enthusiasm for science and a deeper understanding of how scientific discovery happens.”

Backed with a generous $600,400 grant from the Wellcome Trust and with the assistance of photographer Ardon Bar-Hama, who has digitized the Dead Sea Scrolls at the Israel Museum and the archives of the New York Philharmonic, CSHL is now rendering nearly all of its comprehensive archive of Dr. Watson’s papers, manuscripts, lectures, as well as many of his photographs, in high-resolution digital format. In all, over 250,000 Watson items will find their way to the online portal of the CSHL Library and Archives.  The collection will also be posted to the Wellcome Library’s website. About 100,000 documents collected by Dr. Brenner will also be accessible at both sites. The project is scheduled to be completed in the fall of 2013.

“Since childhood I have had the inexplicable habit of saving just about everything I have received and written,” Dr. Watson notes. “There have been many times during my career as a writer when I have turned to this collection of correspondence as a source for my writings. I wish that all of my colleagues would do the same. This is the best way to ensure that the record of significant interactions in science in the past and going forward will not disappear.”

The Watson and Brenner collections, which have been used many times since they were donated to the CSHL Archives, have proven to be dynamic sources for research. Following the publication of landmark works including Watson’s confessional classic The Double Helix in 1968 and Horace Freeland Judson’s The Eighth Day of Creation 11 years later, most historians were content to believe that the archives had been fully explored and would not reveal much more about the double helix story.

But Brenner’s collection made headlines in September 2010, when Drs. Alex Gann and Jan Witkowski of CSHL published an article in Nature revealing that they had discovered, within papers of the Brenner collection now being digitized, a cache of letters and other priceless papers belonging to Dr. Francis Crick, Watson’s collaborator in the discovery of the double helix.

Thirty-four of the newfound letters in the Brenner cache are between Crick and Maurice Wilkins, another seminal figure in the double helix discovery story, and the third recipient of the shared 1962 Nobel Prize for the discovery. Intriguingly, these letters draw attention to what Gann and Witkowski have described as Wilkins’ “tortured soul” during the critical period 1951-53, when Watson and Crick were alternately put on, taken off and then restored to an effort at Cambridge University to discover DNA’s structure.

All of these letters and related papers—collected and saved by Brenner years ago when he was vacating an office at the University of Cambridge that he and Crick had once shared—are included in the CSHL-Wellcome digitization project.

Will digitization be the end of first-hand examination of original historical documents? “Not a chance,” says Pollock. “Just because a collection has been digitized does not mean that researchers will stop wanting to see original documents. In fact, I believe we will gain different categories of visitors, whose interests will be piqued by seeing the collections online, and who will be motivated to stop in at CSHL to see these and the huge assortment of other original documents that we have on file.”

At the CSHL Library and Archive, many visitors spend time perusing the collections of other major figures in the history of molecular biology who were contemporaries of Crick, Watson and Brenner—Wally Gilbert, Norton Zinder, Hermann Muller, and many others.

“Making the digitized versions of these collections available opens the door to a variety of creative uses,” Pollack also notes. “Whereas the content of the original documents has, in the past, found its way mostly into books and other scholarly publications, the digital files can be inserted directly into online exhibitions, blogs, lecture and classroom presentations, emails, and text messages, just to name a few possibilities.

“But for students and people everywhere who are just curious, who want to look at notebooks and drawings of the people who first thought about the double helix, for example—those items will soon be online, and anyone will be able to vicariously experience the great discovery, without stepping away from their home or school computer!”

How a world on pause sparked educational innovation at CSHL

See how the Laboratory adapted its education and live programming during the pandemic.   Read more »