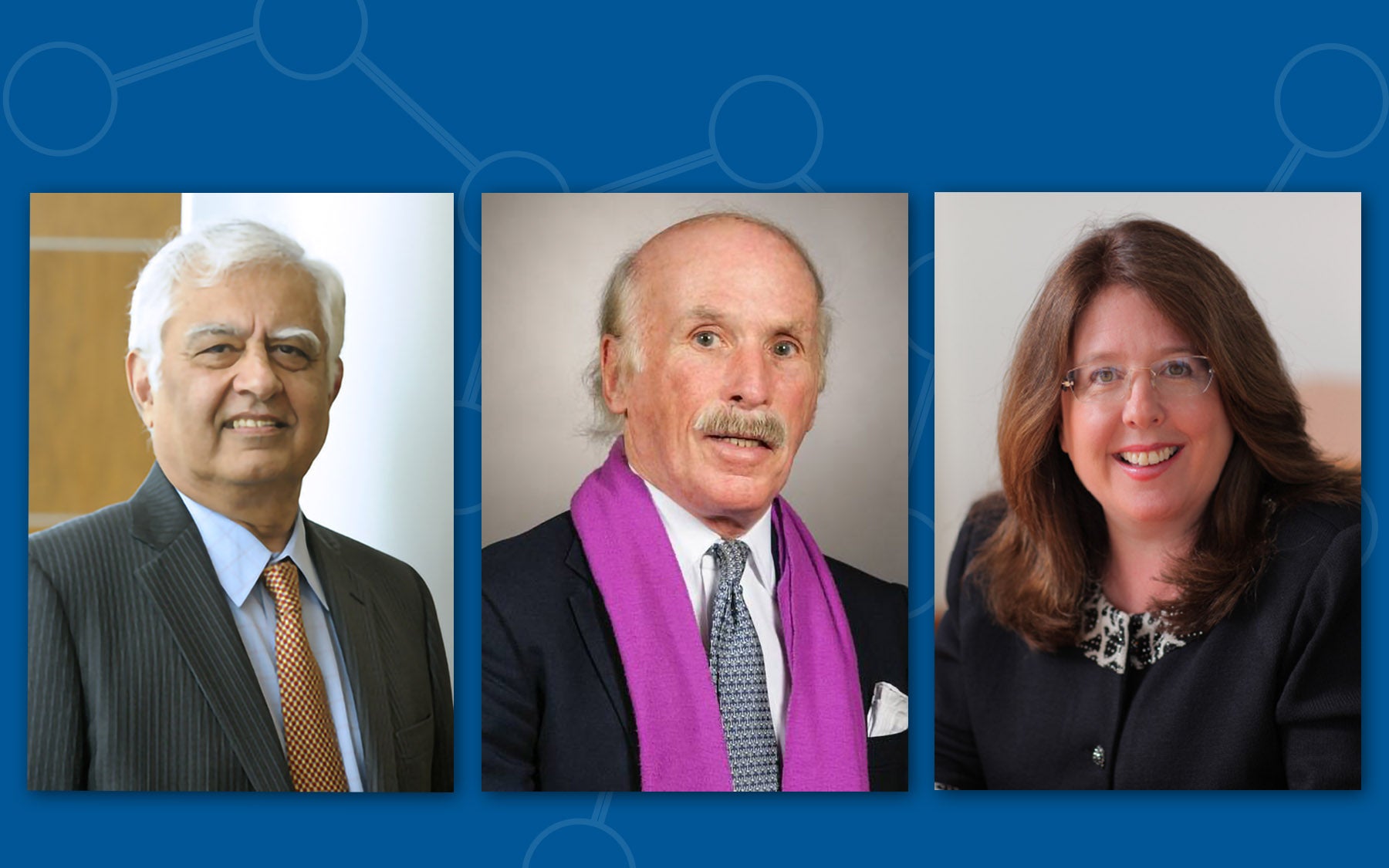 “We are pleased to have attracted three new trustees who are distinguished leaders in their respective fields—engineering and information theory, investment management, and domestic and international banking,” said CSHL Chairman Jamie C. Nicholls.

Dr. Bruce Stillman, CSHL’s President and CEO, added: “I am honored to serve alongside such a distinguished Board and I congratulate the trustees who have been elected officers of the Laboratory under the leadership of Chairman Jamie Nicholls.”  Officers of the Laboratory, in addition to Chairman Jamie Nicholls, include: Vice Chairman Robert D. Lindsay; Vice Chairman Marilyn Simons; Treasurer Leo Guthart; Secretary Paul Taubman; President Bruce Stillman, Ph.D.; Chief Operating Office W. Dillaway Ayres, Jr.

Background of the Lab’s new trustees

Elizabeth McCaul is Partner-in-Charge of Promontory Financial Group’s New York office and Chief Executive Officer of Promontory Europe, a leading strategy, risk management and regulatory compliance consulting firm focusing primarily on the financial services industry. She joined Promontory after serving as the Superintendent of Banks of the State of New York, where she was responsible for supervision of some of the world’s largest institutions including most of the foreign banks operating in the U.S. As Superintendent after the 9/11 terror attacks, Ms. McCaul, working with global financial institutions and the Federal Reserve, played an instrumental role in restoring order to U.S. Financial markets.”

David M. Knott founded the New York-based hedge fund Knott Partners in 1987 after managing the energy and financial services industry investments as general partner and analyst at Mandrakos Associates. Knott’s affiliations include board membership at Paramount Resources, Ligand Pharmaceuticals, Boy’s and Girl’s Harbor, Say Yes to Education, and Rubicon Ltd. An alumnus of the University of Pennsylvania and the Wharton School, he also serves on committees at these schools.

Lalit R. Bahl is a Senior Research Scientist at the Setauket-based investment management company Renaissance Technologies Corporation. He works on statistical modeling of financial markets. He joined Renaissance in 1998 after a long career at IBM Research Center, where he worked primarily on speech recognition technologies. Bahl has been awarded 40 U.S. patents and has received numerous awards from the Institute of Electrical and Electronics Engineers, his alma mater, the University of Illinois, and IBM.