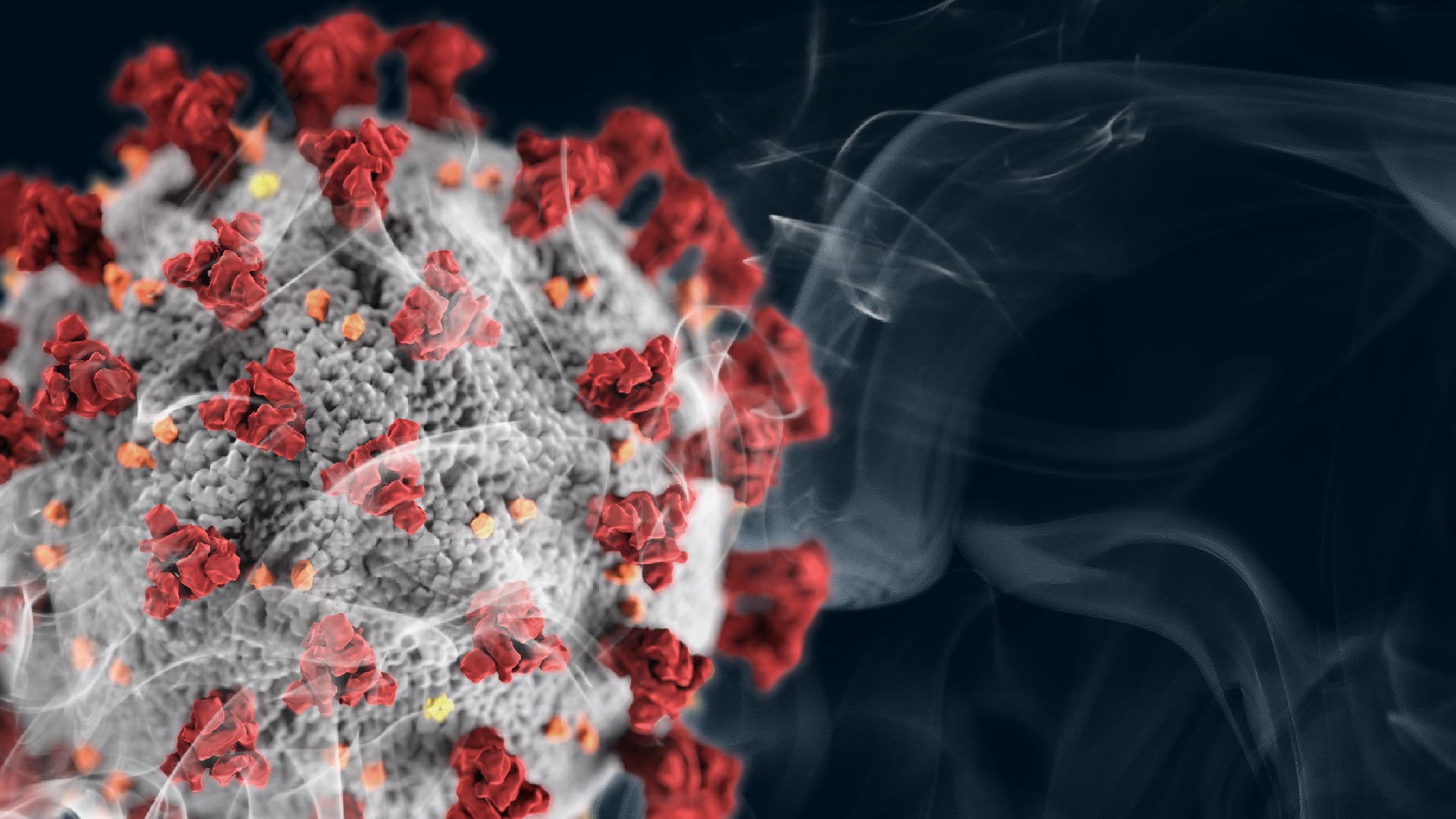 New research from CSHL scientists suggests that cigarette smoke spurs the lungs to make more ACE2 (angiotensin-converting enzyme 2), the protein that the coronavirus responsible for COVID-19 grabs and uses to enter human cells. The findings, reported May 16, 2020 in the journal Developmental Cell, may explain why smokers appear to be particularly vulnerable to severe infections. The analysis also indicates that the change is reversible, suggesting that quitting smoking might reduce the risk of a severe coronavirus infection.

From the early stages of the current pandemic, scientists and clinicians have noted dramatic differences in how people respond to infection with SARS-CoV-2. Most infected individuals suffer only mild illness, if they experience any at all. But others require intensive care when the sometimes-fatal virus attacks. Three groups, in particular, have been significantly more likely than others to develop severe illness: men, the elderly, and smokers.

With most laboratory experiments on hold due to the pandemic, CSHL Fellow Jason Sheltzer and Joan Smith, an engineer at Google, turned to previously published data to seek possible explanations for these disparities. They were curious whether the vulnerable groups might share some key feature related to the human proteins that the coronavirus relies on for infection.

“We started gathering all the data we could find,” Sheltzer says, explaining that he and Smith focused first on comparing gene activity in the lungs across different ages, between the sexes, and between smokers and nonsmokers. “When we put it all together and started analyzing it, we saw that both mice that had been exposed to smoke in a laboratory and humans who were current smokers had significant upregulation of ACE2.”

While they found no evidence that age or sex impacts ACE2 levels in the lungs, the influence of smoke exposure was surprisingly strong, Sheltzer says. The change appears to be temporary, however: the data revealed that the level of ACE2 in the lungs of people who had quit smoking was similar to that of non-smokers.

Sheltzer, Smith, and colleagues also found that the most prolific producers of ACE2 in the airways are mucus-producing cells called goblet cells. Smoking is known to increase the prevalence of such cells, a change that can protect the airways from irritants but—by amplifying the amount of ACE2 in the lungs—may also increase vulnerability to SARS-CoV-2.