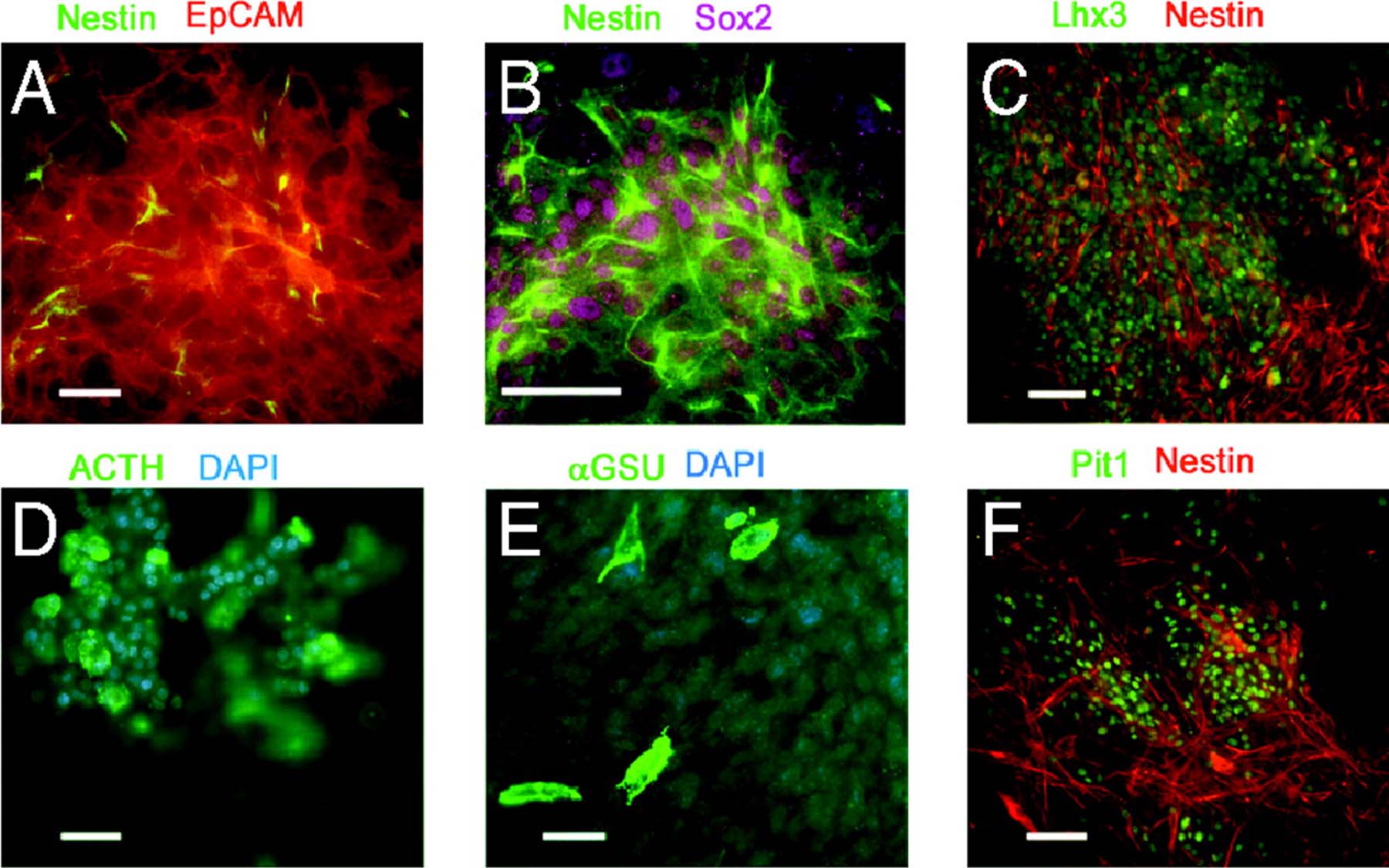 Cold Spring Harbor, NY — A team of researchers led by scientists at Cold Spring Harbor Laboratory have for the first time identified stem cells that allow the pituitary glands of mice to grow even after birth. They found that, in contrast to most adult stem cells, these cells are distinct from those that fuel the initial growth of this important organ. The results suggest a novel way that the hormone-secreting gland may adapt, even in adolescents and adults, to traumatic stress or to normal life changes like pregnancy.

Maturity, in some respects, brings diminished possibilities. As a fertilized egg cell repeatedly divides to grow into a mature animal, most of the resulting cells become ever more specialized. But a small number of cells, known as stem cells, remain uncommitted even as they spawn more specialized progeny. The most versatile stem cells, taken from days-old embryos, are able to form any cell type—but studying them in people is controversial. Even in adults, however, other types of stem cell persist that have a more limited repertoire. Some replace specific cells as they wear out; others help to rebuild damaged tissues. Still, other stem cells are suspected by some scientists of starting or maintaining cancers.

In spite of their importance, stem cells are hard to spot among the multitude of cells in complex tissue. Several years ago, neuroscientist Grigori Enikolopov, Ph.D., an associate professor at Cold Spring Harbor Laboratory (CSHL), and his colleagues developed a tool to look for stem cells that give rise to new adult brain cells. Researchers had known that a gene called Nestin was active in these neural stem cells. The CSHL team genetically engineered mice so that the same conditions that activate Nestin in a particular cell also make it glow green under ultraviolet light.

Using these mice gives researchers an important pointer to cells that may be adult stem cells. Almost 100 research teams around the world have now used these special mice to help find adult stem cells in hair follicles, liver, muscle, and other tissues.

Looking at the pituitary

One place where stem cells had been suspected—but never found—is the pituitary gland. This organ, which in people is about the size of a pea, sits at the base of the brain, where it secretes hormones that regulate various processes throughout the body. In mice, the gland develops in the embryo, but then has a second growth spurt. “A few weeks after they are born,” says Dr. Enikolopov, “the pituitary undergoes massive expansion” that suggests a role for adult stem cells.

Anatoli Gleiberman, Ph.D., a researcher in the lab of pituitary expert M. Geoff Rosenfeld at the University of California, San Diego, initiated a collaboration between the two labs to look for pituitary stem cells. The researchers used the Nestin-tracking mice to identify candidate cells in the anterior pituitary, the section of the organ that secretes hormones. They then used other techniques to show that these are true stem cells. “There are six main lineages in the adult pituitary,” says Dr. Enikolopov, “and we can demonstrate that one adult stem cell can generate all six lineages,” with each cell type secreting a different hormone.

A distinct kind of stem cell

Their research, the scientists suggest, indicates that the adult mouse pituitary includes two similar—but not identical—types of hormone-producing cells: some that grew in the developing embryo, and some that appeared later. They speculate that having two sets of cells may let the organ respond differently to changing body conditions. Dr. Enikolopov notes that hormones strongly influence human neuropsychiatric phenomena, including stress and depression that are his main research focus. “All are mediated through the pituitary,” he said, so changes that happen during the later growth of the gland could have lasting effects.

“Genetic approaches identify adult pituitary stem cells” appears in the April 29, 2008 edition of the Proceedings of the National Academy of Sciences. Along with Dr. Enikolopov, Dr. Michael Geoff Rosenfeld, who is a Howard Hughes Medical Institute Investigator at the University of California at San Diego School of Medicine, is a corresponding author of the paper. The complete citation is as follows: Anatoli S. Gleiberman, Tatyana Michurina, Juan M. Encinas, Jose L. Roig, Peter Krasnov, Francesca Balordi, Gord Fishell, Michael G. Rosenfeld, and Grigori Enikolopov. The paper is available online at http://www.pnas.org/cgi/doi/10.1073/pnas.0801644105.