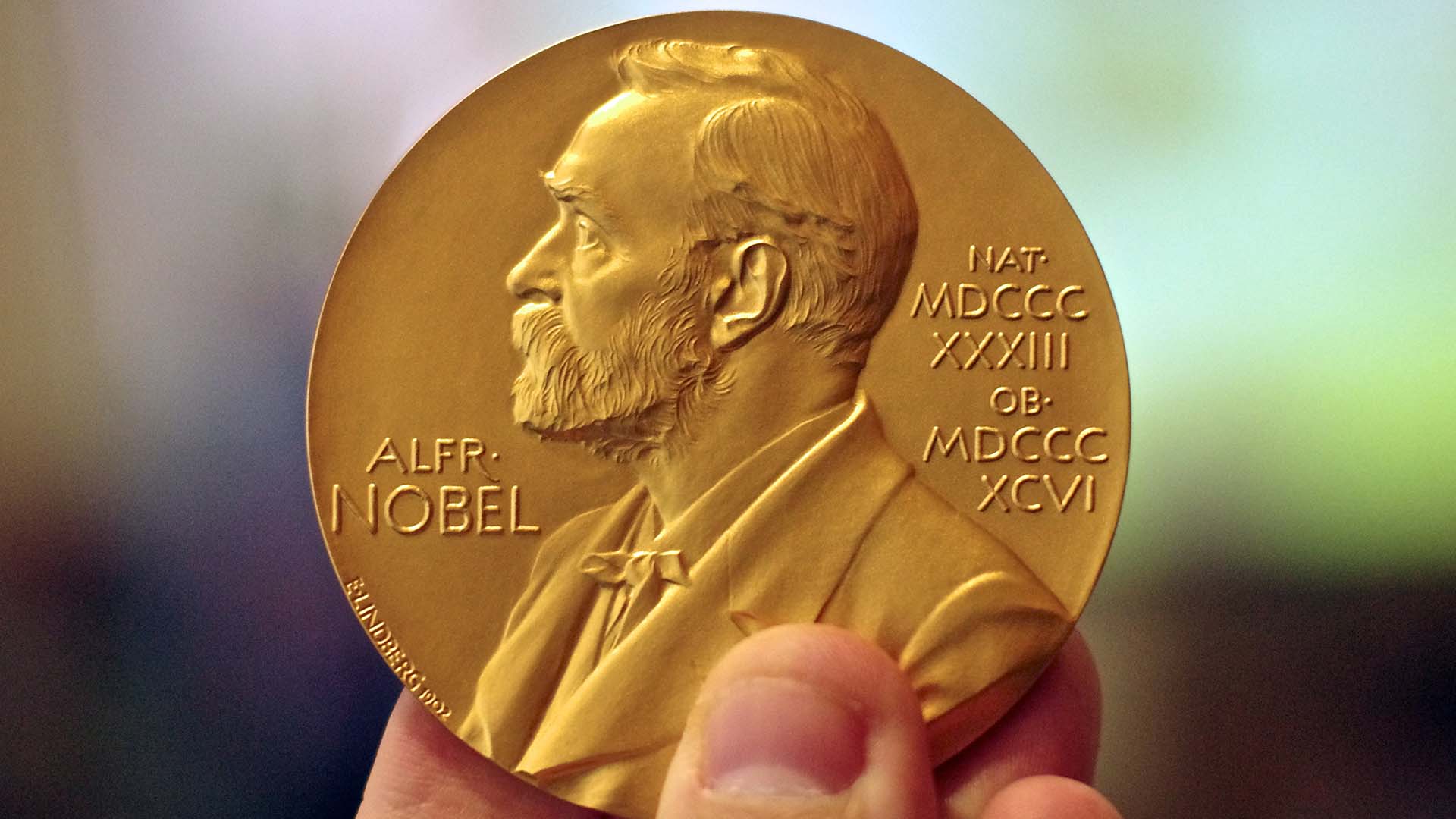 December 10 is Nobel Prize Day! Since 1901, it’s the day when the Nobel Prizes are awarded in Stockholm, Sweden. In the history of Cold Spring Harbor Laboratory, eight scientists who have either worked as faculty or conducted summer research or fellowships at the Lab have received the Nobel Prize for Physiology or Medicine. Their findings mark important milestones in research at the Lab. How much do you know about these scientists and their work? Take our quiz to find out.

Carol Greider won for her work on an important enzyme that protects the ends of chromosomes. What is this enzyme called? 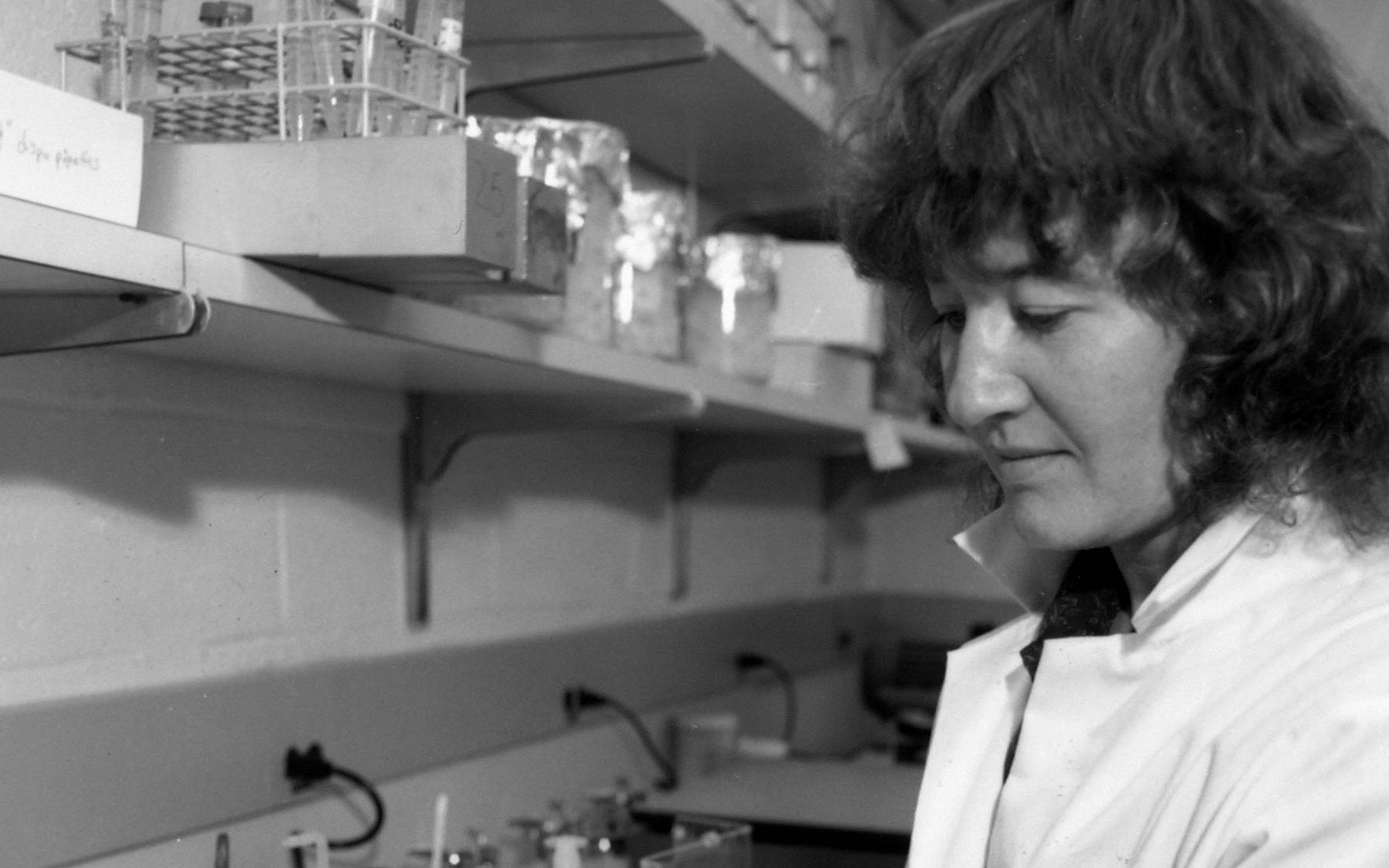 Greider won in 2009 for her work on telomerase. CSHL had a history of promoting research in telomeres, which are regions of repetitive DNA at the ends of chromosomes that protect them from degradation during cell division. Under the microscope, they look like little caps at the tips of chromosomes. Telomerase stabilizes telomeres by adding on bases to counteract continuous erosion. Telomerase plays a role in aging and cancer.

Richard Roberts and Phillip Sharp demonstrated that single genes along the adenovirus DNA molecule were not continuous. The cell edits out certain segments of the DNA before it gets coded into proteins. What is this process called? 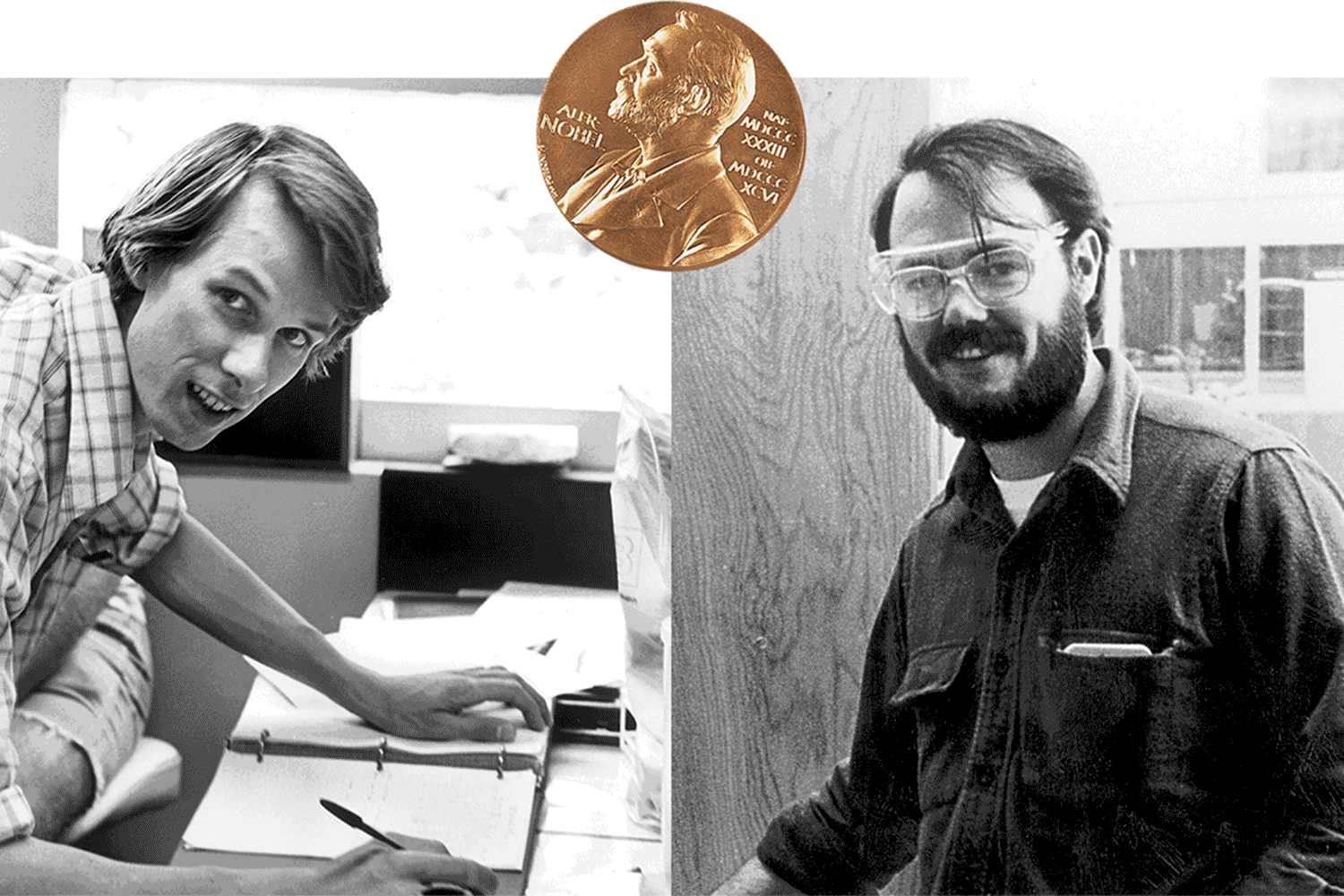 Richard Roberts and Phillip Sharp won in 1993 for their discovery of “split genes.” Prior to this discovery, everyone assumed the structure of a gene was a continuous stretch of base pairs. They thought this single strand translated into the making of one protein. Sharp and Roberts found this wasn’t the case. They discovered interruptions in a genetic strand, which are edited out in the RNA copy through RNA splicing. The edited copy of the RNA then goes on to code for proteins.

Barbara McClintock used corn with color variations in the kernels and leaves to challenge the popular theory that genes were stable components of chromosomes. What was the culprit she found that created the genetic variability? 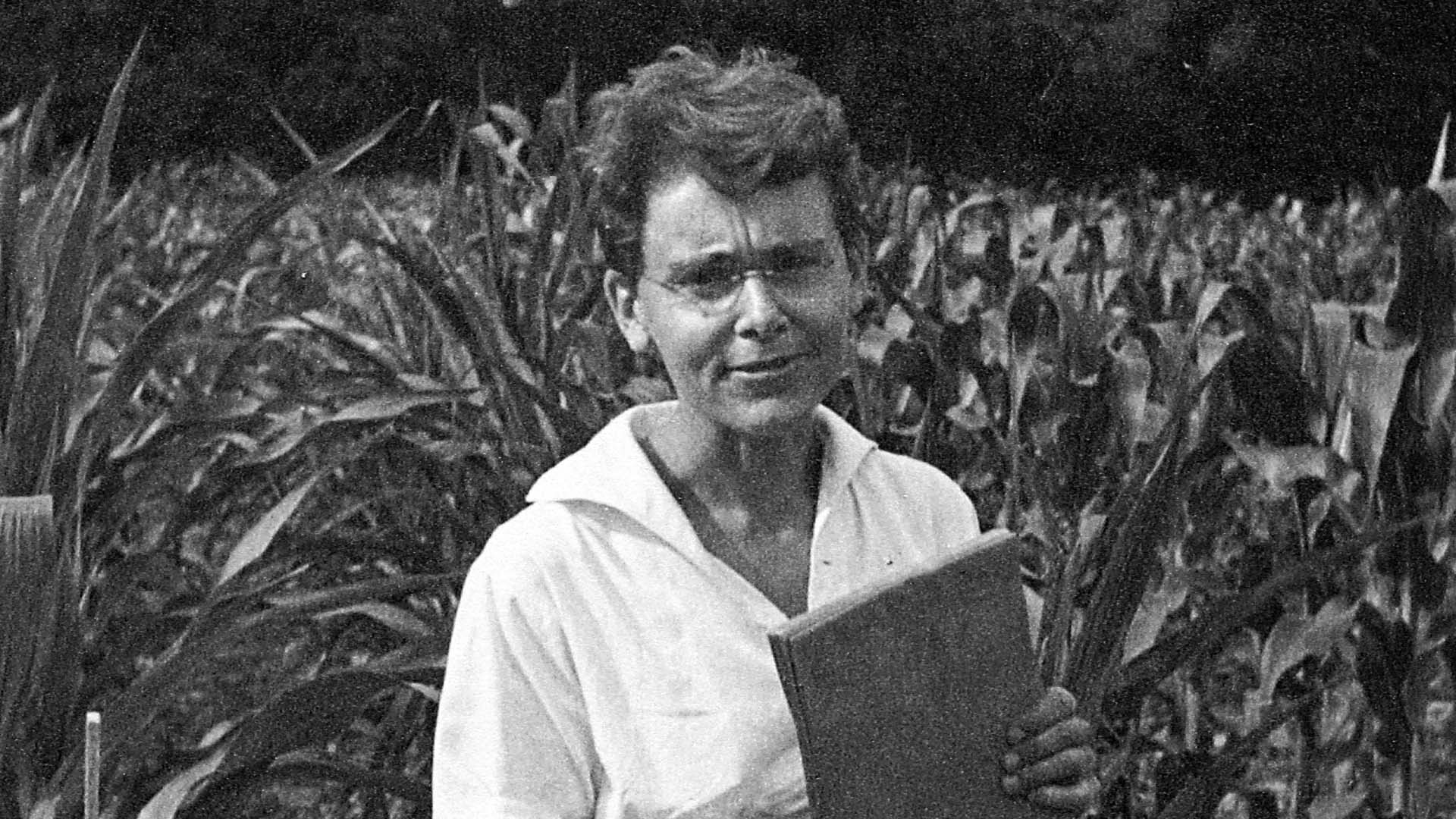 McClintock won in 1983 for her discovery of “jumping genes,” or transposons (transposable elements). Controlled breakage of chromosomes allowed the genes to move from one part of the chromosome to another. She thought that this trick allowed for rapid reorganization of genomes in response to environmental stress. This work was later used to explain inheritance patterns did not follow Mendel’s rules of dominant and recessive traits.

Max Delbrück and Salvador Luria showed that genetic mutations in bacteria occurred in which fashion? 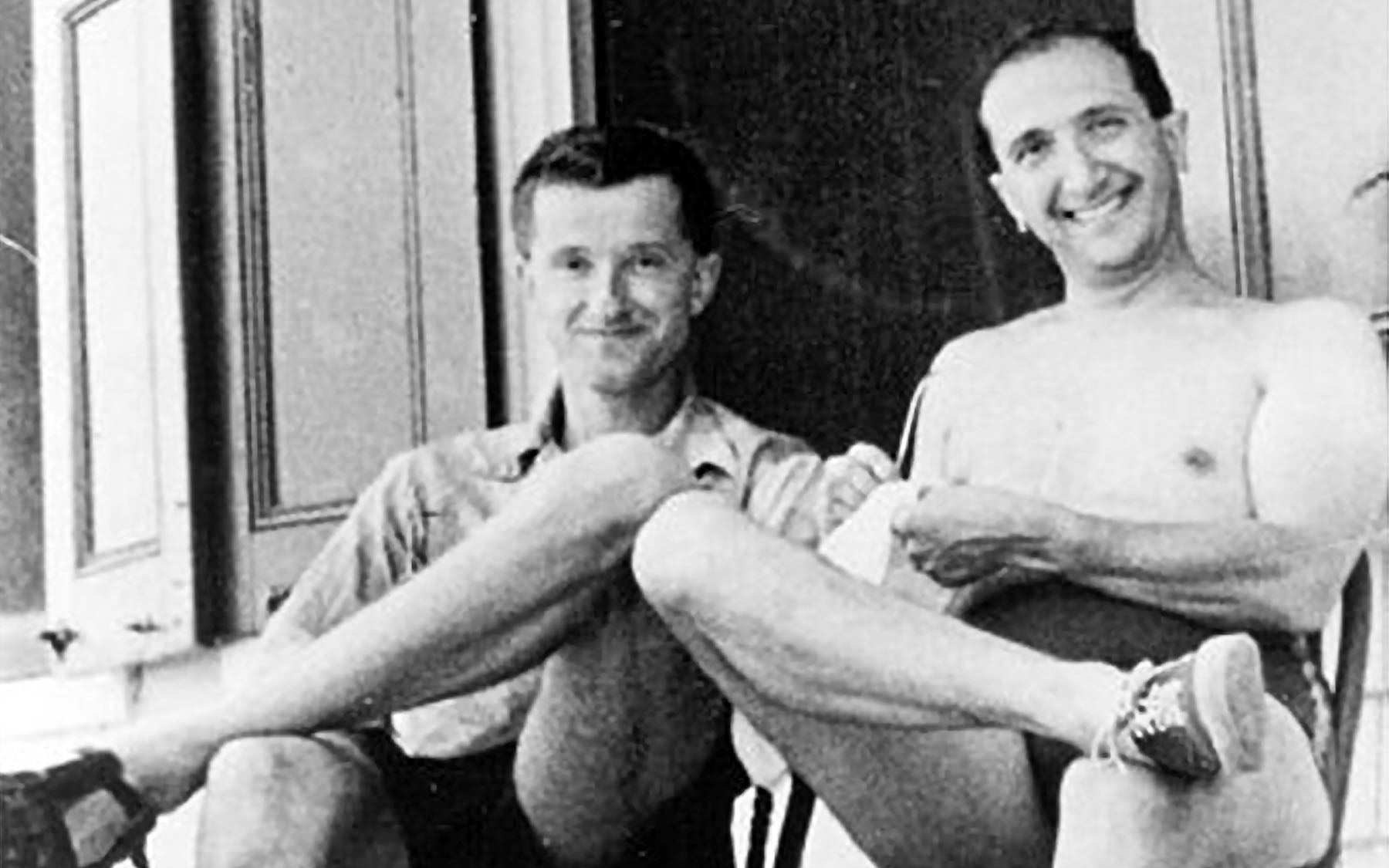 Max Delbrück, Alfred D. Hershey, and Salvador E. Luria won in 1969 for their discoveries concerning the replication mechanism and the genetic structure of viruses. They were informally dubbed the Phage Group, and were at the center of the movement that launched the field of molecular genetics. The famous 1943 Luria-Delbrück experiment showed that bacteria developed resistance through spontaneously-arising mutations, not in response to antibiotics. This resistance was a heritable trait, as mutations are passed on to later generations of bacterium.

Alfred Hershey, working with Martha Chase, found that which of the following was the source of genetic material in phages? 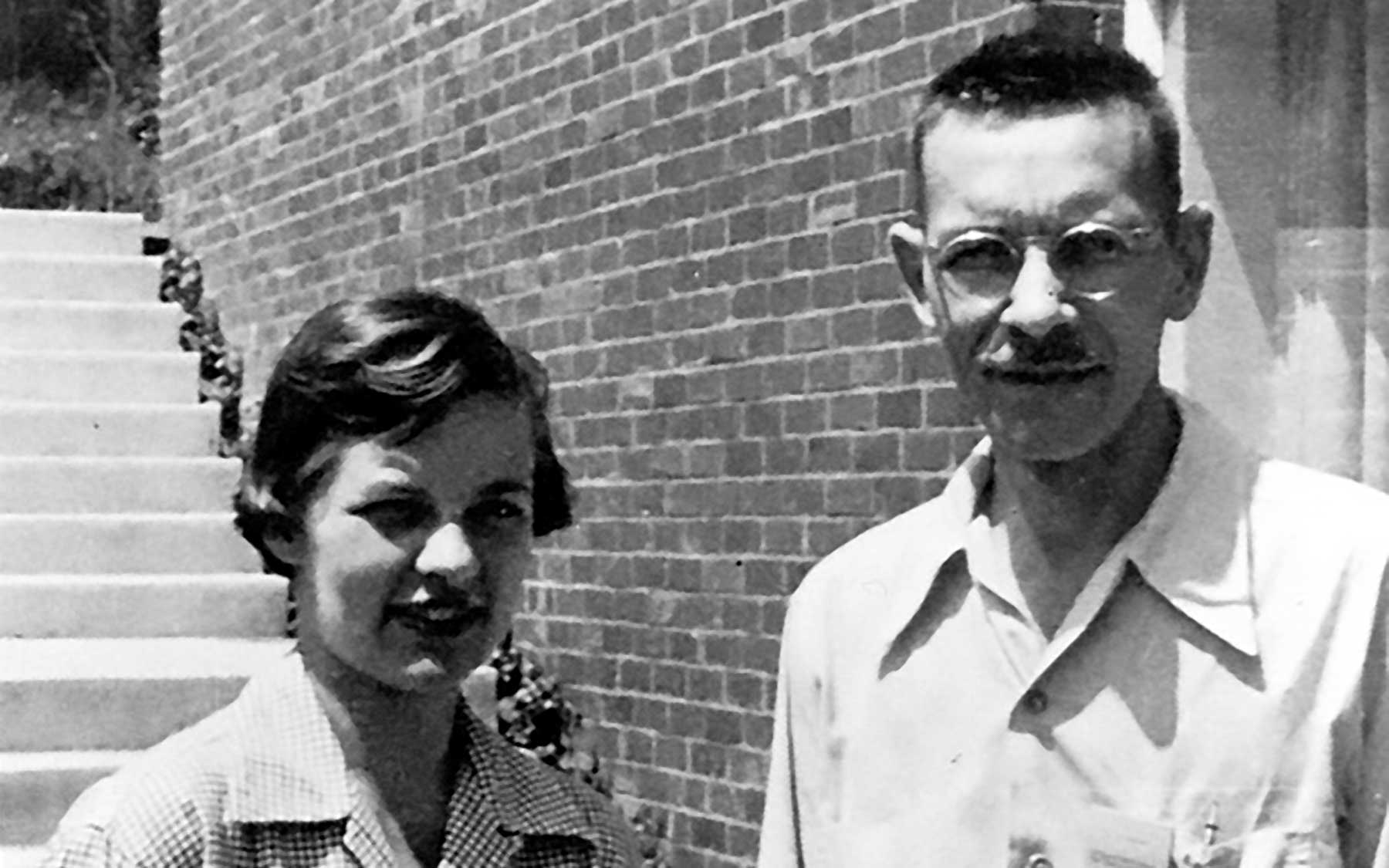 The Hershey-Chase blender experiment showed that DNA, not protein, was the source of genetic material that passed on from one generation to the next.

James Watson and Francis Crick won for publishing the first accurate model of the DNA molecule, which is in the shape of a double helix. Where are the nitrogenous base pairs (A, T, G, C) located in the helical structure?

In 1953, James Watson and Francis Crick described the structure of the DNA molecule in a landmark Nature paper. A phosphate molecule was linked to a deoxyribose sugar, which was then linked to one of the four nitrogenous bases (adenine, thymine, guanine, cytosine). This ensemble comprised one nucleotide. The phosphate and sugar groups link together to form a backbone, while complimentary nitrogenous base pairs connected in the center of the molecule, like the rungs of a ladder. 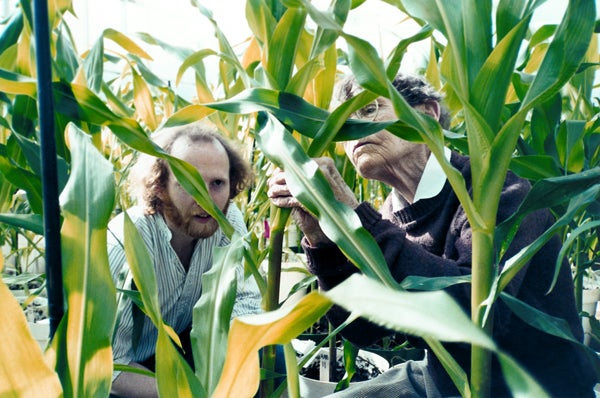 Thanks for taking a moment to learn about the incredible science and scientists that have passed through CSHL. If you want to learn more about the history of science at CSHL, be sure to check out our online Library and Archives.

Barbara McClintock Carol Greider CSHL history DNA history James Watson Nobel laureate Nobel Prize quiz RNA splicing
Our website uses cookies to enhance your experience on the site. By clicking "continue" or by continuing to use our website, you are agreeing to our use of cookies as detailed in our Privacy Policy.
CONTINUE
Manage consent