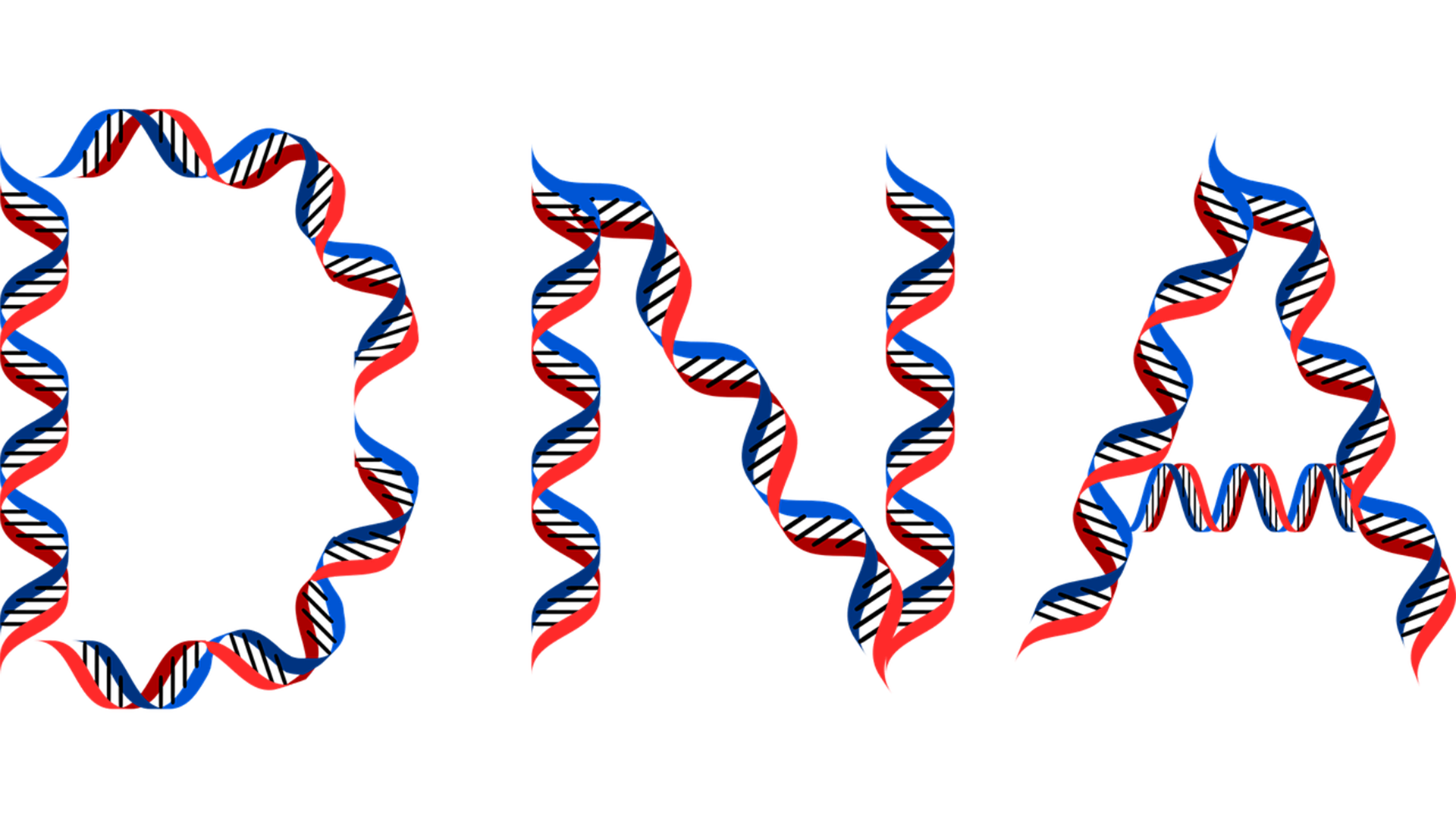 National DNA Day commemorates the discovery of DNA's double helix in 1953 by scientists Watson, Crick, Franklin, and Wilkins, and the successful completion of the Human Genome Project in 2003 following a decades-long journey in genome sequencing. Now, genetics serve as the core material in the fabric of life science, and its influence has trickled down into pop-culture appearances as well. Test how much you know about DNA in our short science trivia.

The Backstreet Boys’ new album, DNA, features a promotional shot with the images of differently hued lines projected onto them. What does this depict? 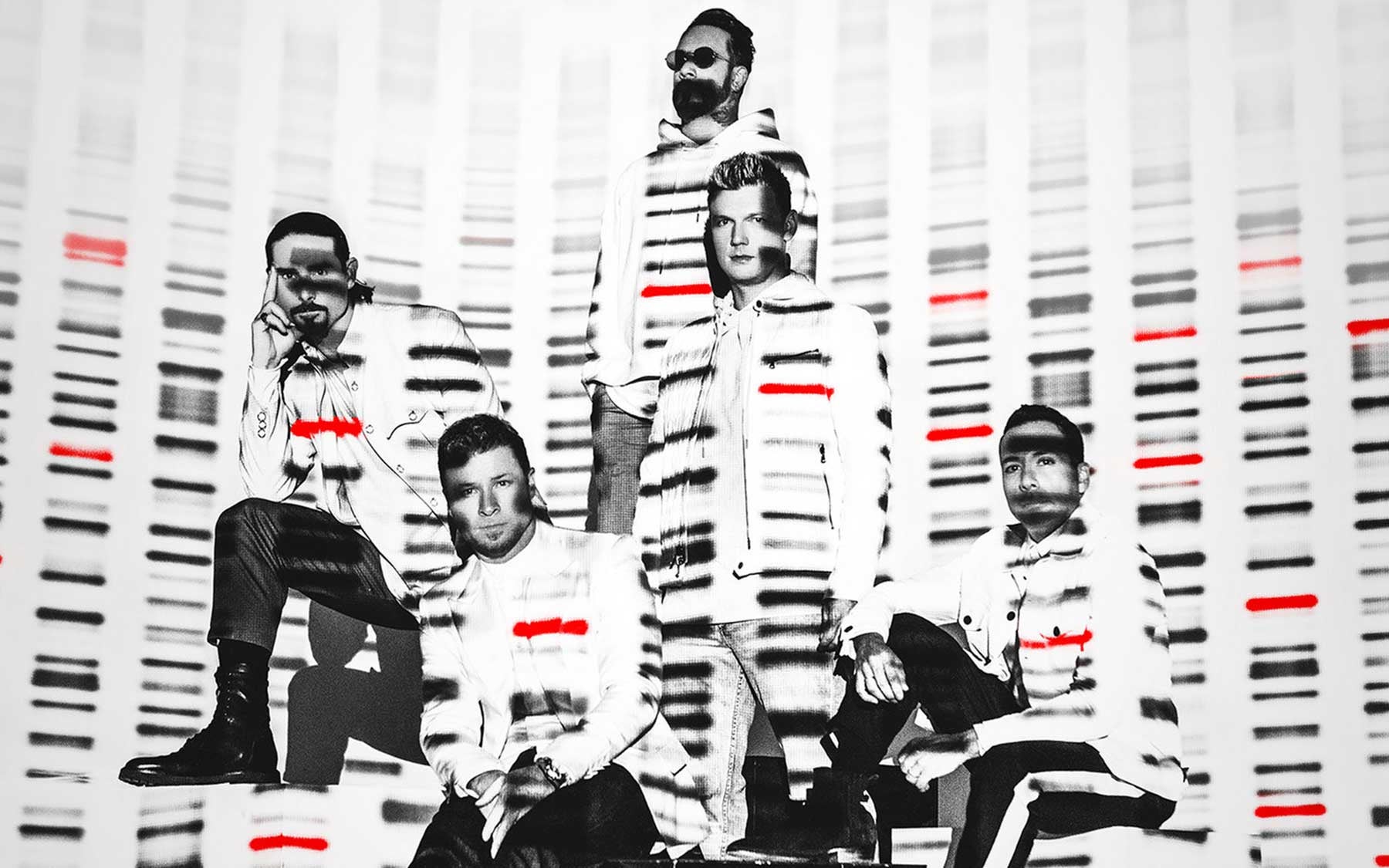 Sanger sequencing was the first practical method for sequencing DNA. And through a complicated process of multiplying, cutting, matching, and ordering, you can overlay when each of the four base pairs, (A, T, C, G) appears in the sequence. Read more.

The Backstreet Boys’ new album, DNA, features an album art of each of the band’s members walking down a staircase meant to resemble the double helix strands of DNA. What’s wrong with their depiction of DNA? 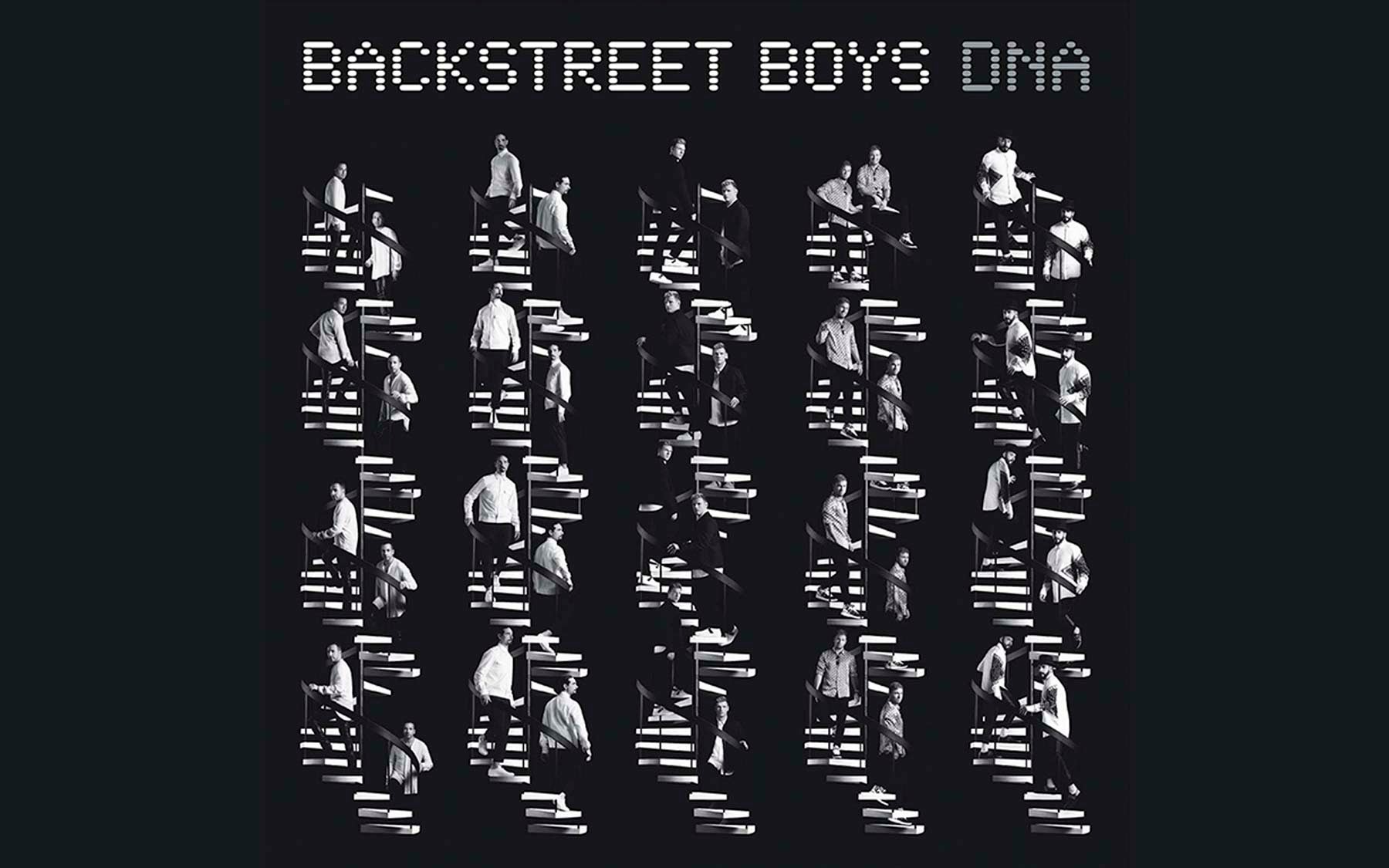 Staircases are spiraling in the wrong direction. DNA is usually right handed.

In 2013, an artist named Heather Dewey-Hagbog collected minute DNA samples from gum and cigarette butts she found in the streets, matched them with sequences found in the human genome project, and used it to approximate and recreate their physical appearance. How did she make the trace amounts of DNA workable for her project? PCR is used to amplify specific regions of a DNA, and the method can work with even the tiniest sample volumes as long as it’s purified.

Artist Iñigo Manglano-Ovalle creates vivid large prints in an effort to offer an abstract commentary about genetics and family. What scientific method was used to create the images he has printed? 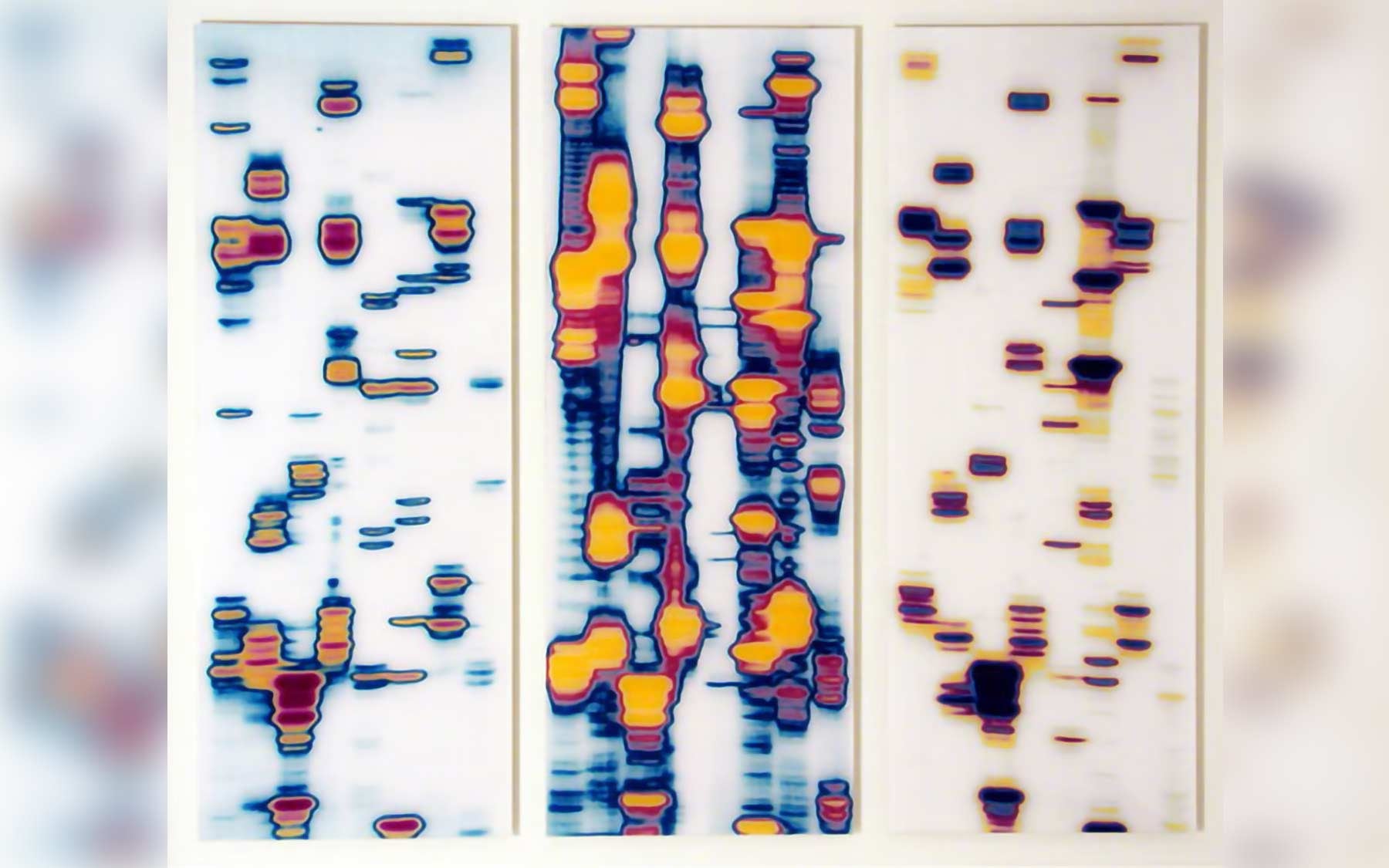 Gel electrophoresis is a scientific method used to separate a mix of DNA, RNA, or proteins by molecular size. Scientists sometimes use this method to compare different strands of DNA and check for matches or similarities.

An installation artwork called “Portrait of a Young Reader” also by Manglano-Ovalle is on display at the Bronx Library Center. It’s a collection of colorful glass cylinders spread across a metal wall. What scientific tool is this based off of? 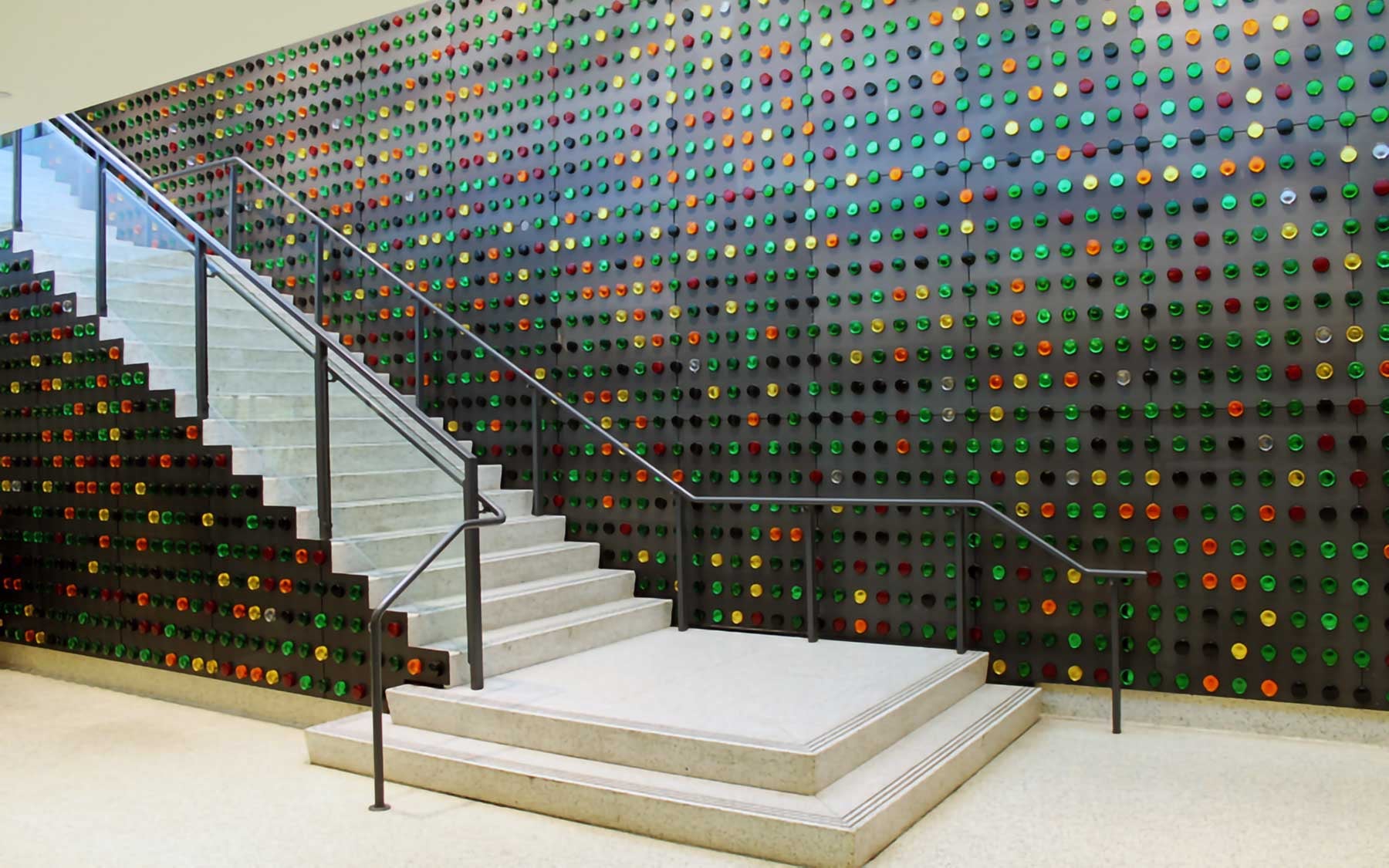 DNA microarray is a method for scientists to analyze whether certain genes are turned on or off in an individual’s genome. Learn more.

DNA and pop culture quiz
Thanks to technology, scientists are able to better visualize and understand what makes us, us! Want to learn more about the past, present, and future possibilities of DNA? Visit our DNA Learning Center website for free educational videos, or come and interact with our hands-on exhibits at any one of our DNA Learning Center locations.