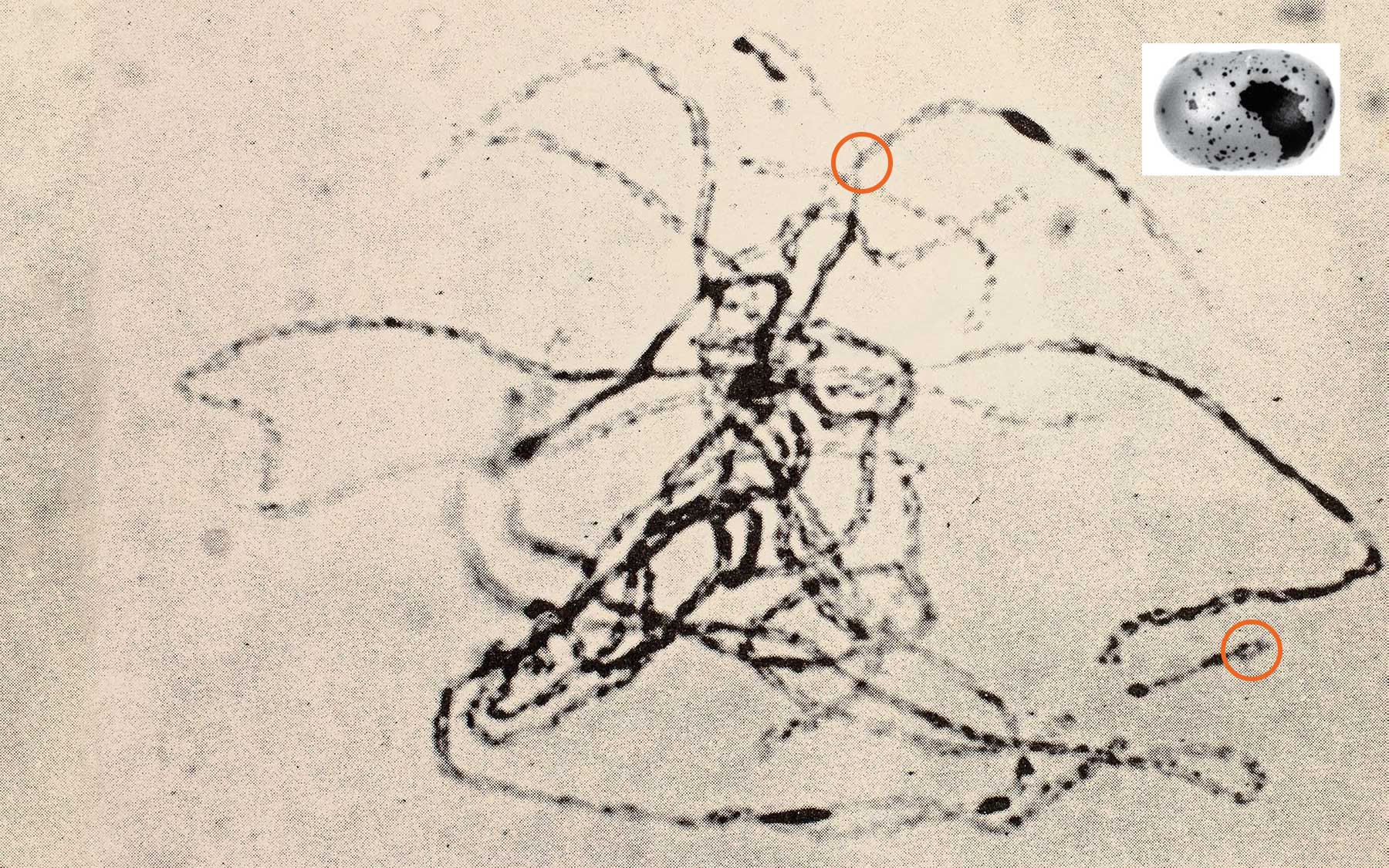 One of the first things Milislav Demerec did in 1941, after being appointed Director of the Department of Genetics at Cold Spring Harbor, was to hire a young geneticist named Barbara McClintock. It was an inspired choice. She spent the rest of her long career at the Laboratory and won a Nobel Prize in 1983—for work she had published decades before.

This image is one of an historic series made by McClintock. Published in 1951, it represents over a decade of research focused on broken chromosomes. The circles ( O ) indicate places where these chromosomes of a maize plant are broken—areas of damage that McClintock linked to two phenomena with which her name will forever be associated. She showed that chromosomes can break as cells divide to form eggs and sperm. These breaks allow genetic material to “cross over” from one chromosome copy (chromatid) to another, creating variation in offspring. Later she showed that chromosomal breakage sometimes signals the transposition of genetic material within and across chromosomes. Scientists call these transposable genetic bits “transposons,” in popular culture, they’ve been dubbed “jumping genes.”

Prior to McClintock, the dogma was that chromosomes—and genes—were fixed in place. By closely observing the results of genetic crosses in corn plants, McClintock was able to prove that bits of chromosomes could hop around, sometimes landing in places where they rendered genes inoperative—for example, in genes that gave corn kernels their color. In the inset (upper right) we see an oddly spotted corn kernel, the result of a “color” gene being interrupted by an invading transposon. McClintock earned her Nobel by pointing out that transposition of genetic material is an instrument of evolution. Mutations caused by jumping genes can confer a survival advantage—or wreak havoc, capable of giving rise to cancer and other serious illnesses.