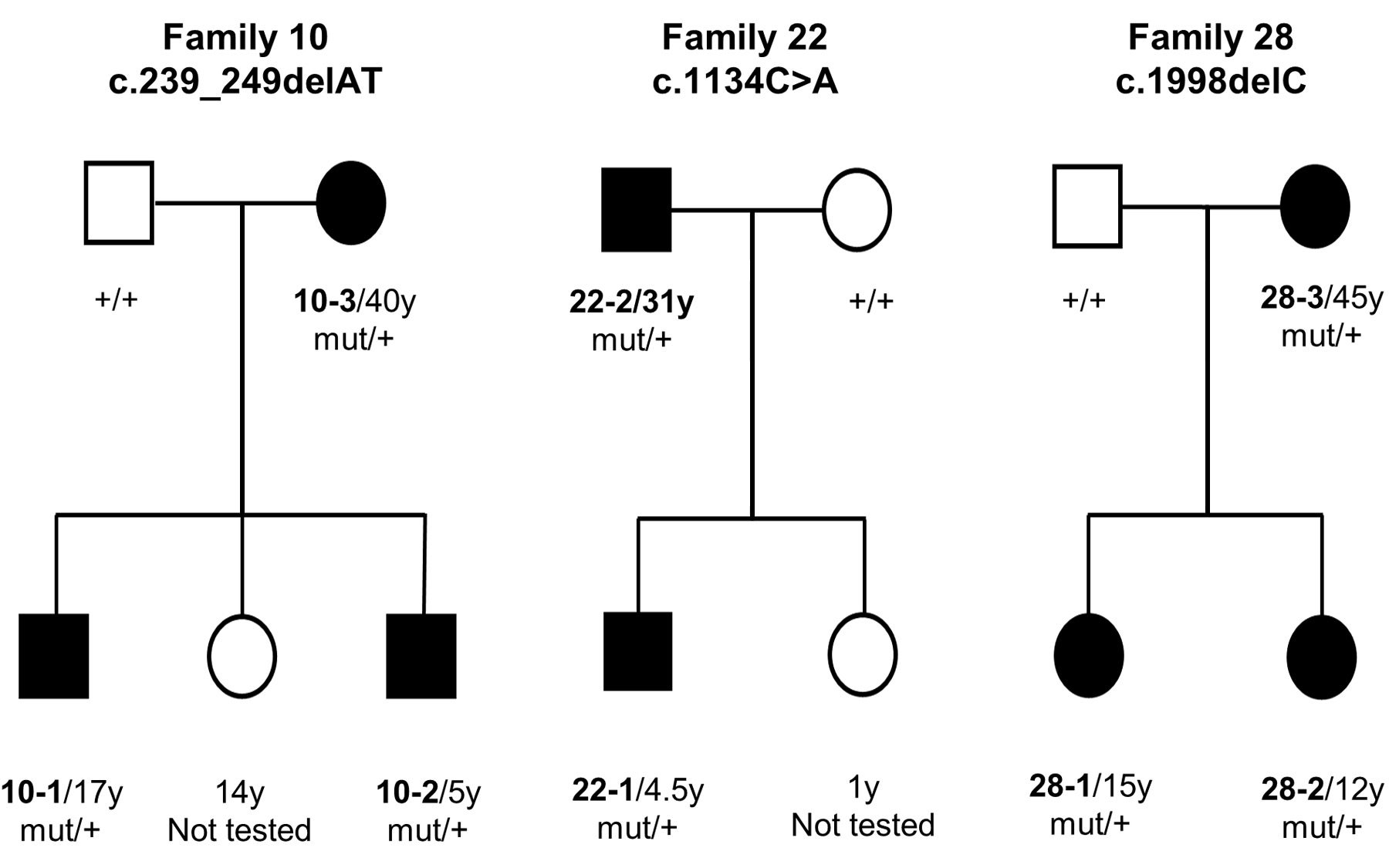 Genetic pedigrees of 3 families with members with familial or de novo ("spontaneous") mutations in the NAA15 gene. The mutations caused different impacts (called phenotypes by scientists) in each of the affected individuals. So far, 37 individuals in 32 families have been found to have the newly identified illness.
email envelop icontwitter icon share buttonfacebook icon share buttonlinkedin icon share button

The genetic mutation, which can run in families, is related to the mutation underlying Ogden syndrome, a much more serious condition that shares many of the same symptoms.

In 2011, Lyon and his colleagues published the first paper about Ogden syndrome, named for the Utah town in which five boys across two generations of a single-family were struck down by the disease before age 3. Caused by a mutation in a gene called NAA10, Ogden is an X-chromosome-linked condition, meaning only males are afflicted.

In the 7 years since Ogden’s discovery, Lyon has been collecting information on individuals with mutations in a related gene called NAA15. It bears the blueprint for a protein that works alongside the NAA10 protein in a cellular mechanism that modifies other proteins. This mechanism is called NatA-mediated N-terminal acetylation.

Lyon was made aware of the first individual with what he calls “NAA15-related disorder” by clinical geneticist Wendy Chung at Columbia University. She and colleagues had published a paper in which they described a boy with a mutation in NAA15 who had congenital heart defects as well as developmental delays and intellectual disability. Lyon and colleagues have since collected referrals from clinicians around the world that have identified a total of 37 individuals in 32 families with a mutation in NAA15. They include both men and women, as the NAA15 gene is not located on the X chromosome.

Dr. Holly Stressman of Creighton University and Dr. Linyan Meng of Baylor College of Medicine were co-senior leaders of the team, with Dr. Lyon.

“Trying to prove the relevance of any mutation in a gene requires a large number of samples,” Lyon says. “As a result, we’re seeing the field of human genetics move more toward this type of large-scale collaboration.” This points to the future promise of this research, he suggests. “As the price of genetic sequencing drops and more people are sequenced, we may be able to provide individuals with such mutations with more education and services in early life which could lead to better overall functioning.”

Lyon expects that many more disorders caused by rare mutations like NAA15 will be discovered. “Instead of lumping many diseases together under very broad categories like ‘intellectual disability’ or ‘autism,’ the human genetics community is now splitting these into much finer entities so that we can begin to do natural history studies, much like what has been done with Fragile X syndrome,” he says, citing the progress in understanding Fragile X based on extensive examinations of mutations in the FMRP gene associated with that disease.