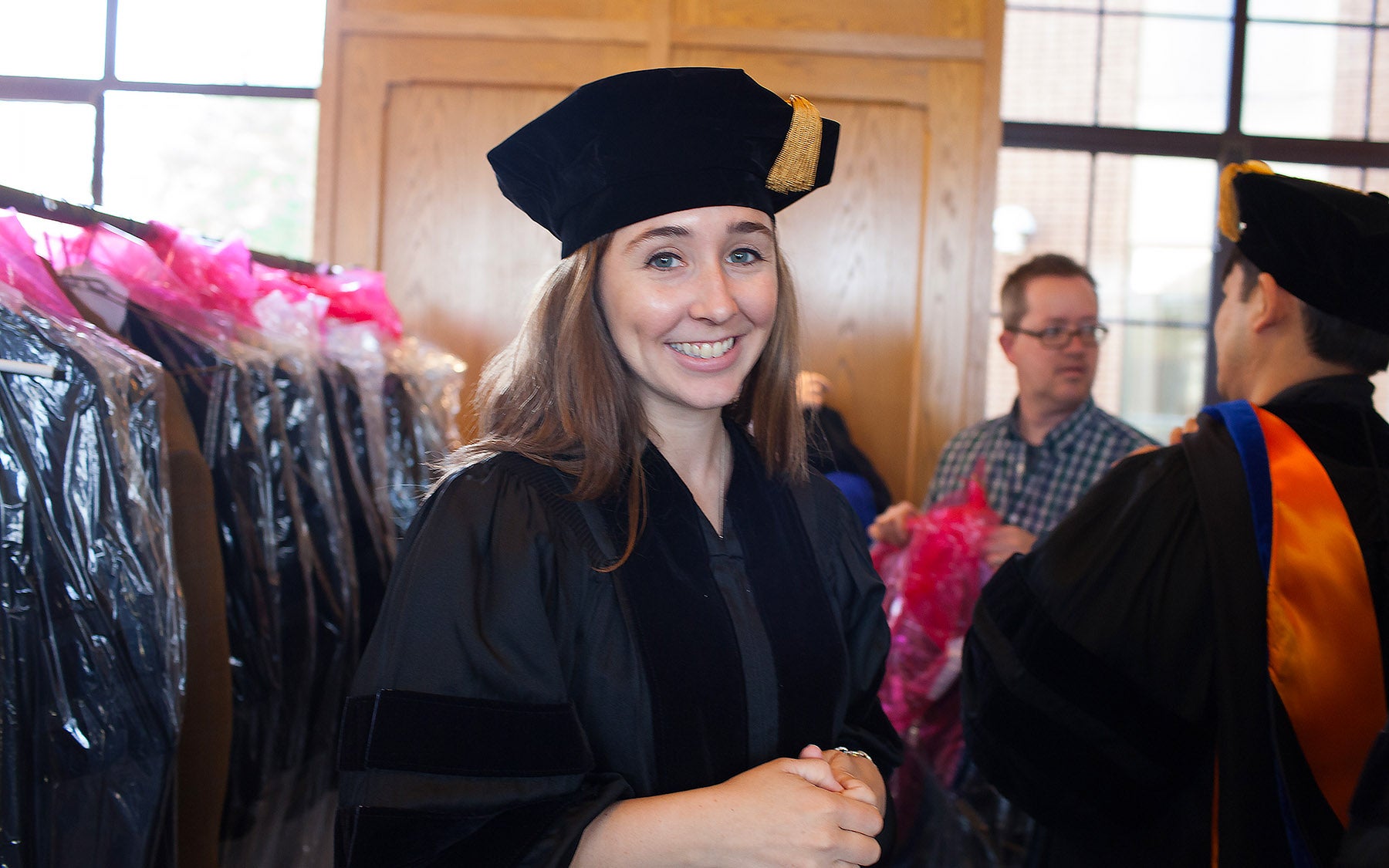 “I’ve been getting quite good at preparing acute olfactory bulb slices, if I do say so myself.”

Recent Watson School graduate Kristen Delevich has been keeping us entertained and informed about her scientific life, as well as what’s exciting and controversial in the field of systems neuroscience, with her tweets. We read about the progress of her paper on learned helplessness—co-authored with another Watson School graduate, Zina Perova—which culminated with a mix of elation and relief:  “Let this be the year of all the papers being published!  First grad school paper accepted.”  Kristen has just completed her graduate work at Cold Spring Harbor Laboratory and is in the final stages of publishing her second manuscript.  A couple months ago, following shortly after another February snow storm: “Proofreading outside in the balmy 12 degree weather…” and several weeks ago: “Revision submitted. Ready to get this out into the world.”  So what is the world going to get?

Kristen’s paper, part of her thesis research in Dr. Bo Li’s lab, addresses how different brain regions communicate with one another in order to perform basic cognitive processes—like remembering, paying attention, or making simple decisions. Kristen’s interest in this topic grew from wanting to understand neurodevelopmental disorders, specifically schizophrenia. Schizophrenia arises from defects in brain development that lead to abnormalities in brain structure and the connectivity between regions. Apart from symptoms that immediately come to mind with schizophrenia, like hallucinations or delusions, almost all people with schizophrenia experience cognitive impairment. So in her thesis research, Kristen focused on two brain regions, both with known roles in controlling basic cognitive processes: the medial prefrontal cortex and the mediodorsal thalamic nucleus. Despite their apparent shared function in cognition, it’s not known how the regions communicate or what they tell each other.

Kristen used mice to investigate the contributions of these brain regions, essentially by manipulating neuronal activity in one region—the mediodorsal thalamic nucleus (MD)—and asking what happened to neuronal activity in the other region, the medial prefrontal cortex (mPFC). When she activated inputs from the MD, she saw that at first neurons in the mPFC became excited but that this excitation was short lived. Invariably, the excitation was followed by a large wave of inhibition, suggesting that the MD activated both excitatory neurons and inhibitory interneurons. In essence, the connection between the MD and prefrontal cortex has a built-in braking mechanism that ensures that principal cells aren’t excited too much or for too long. Kristen found that the brakes in this circuit are PV interneurons, a neuronal subtype whose function seems to be impaired in people with schizophrenia.  As Kristen describes her finding, “The thalamus really does send a very dense projection to these PV cells in the prefrontal cortex.  And that’s probably a very important source of the inhibition.”

Kristen’s results might tell a lot about the dysfunction that underlies schizophrenia.  In patients with schizophrenia, “the activity between the mediodorsal thalamus and prefrontal cortex isn’t as correlated,” explained Kristen, “and the connectivity is not as strong.”  PV interneurons are thought to help synchronize neuronal firing.  “So now we know that the thalamus activates PV interneurons in prefrontal cortex, I would speculate that these two observations could be related, in that the activity is not as correlated because PV-mediated inhibition is attenuated.”

Kristen’s also been tweeting about her move to the University of California, Berkeley, where she’s joined the lab of Dr. Linda Wilbrecht (also an alumna of CSHL) to study changes in neural circuitry that accompany adolescence.  The lab uses mice, whose adolescence is marked by being weaned away from their mothers and having to go out and find their own food. “Our lab is interested in adolescence as perhaps a critical period for maturing or developing decision-making circuits,” Kristen summed up.  A critical period is a developmentally defined window of time when a neural circuit can be modified—strengthened or weakened—according to input.  “We’re curious about the fact that prefrontal cortex is one of the last places in the brain to mature.  We wonder if there’s a critical period for learning regarding decision-making.  If the environment is a certain way during that time, say highly unpredictable, does it affect the way you weight the value of rewards or how much impulse control you have later in life?”  Kristen is taking her electrophysiology expertise from Bo’s lab to try to understand what is different about neural circuits during adolescence.  And she notes the wider impact of these questions:  “A lot of girls are entering puberty earlier.  If puberty might be regulating the window of time you have for this kind of cognitive development, that could have important implications.”

Kristen’s also been tweeting about chameleons, banana packaging, and airline miles, all of which make us sad to see Kristen leave CSHL but happy to count her among our exceptional Watson School graduates.

And she’s just sent us one more tweet: “the Eagle has landed”—her paper appeared today in the Journal of Neuroscience.