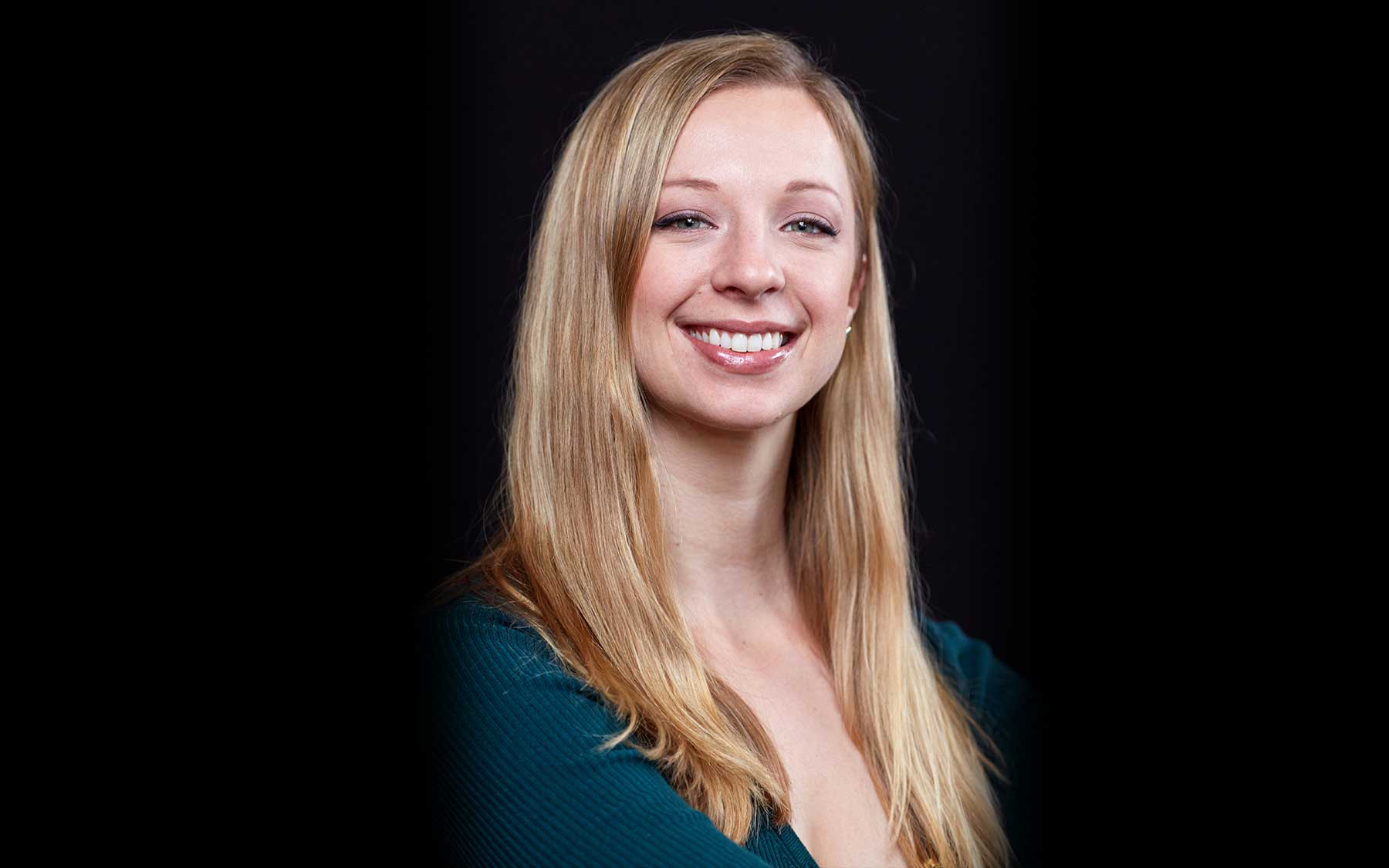 Every 90 minutes, someone in the US is diagnosed with amyotrophic lateral sclerosis—ALS. Most people live only a few years after they show the first signs of the disease, such as muscle cramps, weakness, and difficulty speaking or swallowing. As the disease progresses, patients lose the ability to move many parts of their bodies. They lose the ability to speak and eat.

There is only one medicine targeted to treat ALS, and it only extends survival for a couple months. So there is a need to understand more about the underlying causes of ALS as a first step toward developing new therapies. One protein, TDP-43, has been found to accumulate in the cytoplasm of cells from patients with neurodegenerative disorders, including ALS. But how TDP-43 accumulations relate to ALS has not been clear.

Watson School of Biological Sciences student Lisa Krug has just defended her Ph.D. thesis, in which she studied the molecular basis of ALS in a somewhat surprising model organism: the fruit fly Drosophila melanogaster. ALS in humans affects cells in the brain and spinal cord—but despite the obvious differences in the complexity of human and fly brains, Lisa discovered that both humans and flies are sensitive to the same “transposon storm.”

Lisa’s thesis mentor is Associate Professor Josh Dubnau, who uses Drosophila to study behavior and the brain. His lab is also interested in understanding neurodegeneration and the role of transposable elements in our DNA. Transposable elements, sometimes called jumping genes, are genomic viruses that can move around the genome. If they move rarely, they can change patterns of gene expression—a normal and valuable process in evolution. When they move a lot, they can rip up the genome—a damaging process that can lead to cell death. Normal cells suppress transposon jumping to limit the chance of damage.

At the same time, working together with Assistant Professor Molly Hammel at Cold Spring Harbor Laboratory, the Dubnau lab discovered that human protein TDP-43 binds to the RNAs produced by transcription of transposable elements, and that this binding is selectively disrupted in brain tissue of patients with a type of dementia that frequently presents with TDP-43 pathology. In this dementia, as in ALS patients, TDP-43 protein becomes sequestered in cytoplasmic aggregates where it cannot perform its regular cellular functions. Different neuronal cell types are affected in the two different diseases.

But does this TDP-43 pathology actually cause a transposon storm, neuronal cell death, and ultimately mortality?

The major aim of Lisa’s thesis was to test whether modeling the ALS-associated TDP-43 protein pathology in the fly brain would disrupt transposon suppression and cause the symptoms of neurodegeneration similar to those seen in old flies—and in ALS patients.

Despite the enormous differences of scale and complexity between human and fly brains, Lisa was confident that the underlying cellular role of TDP-43 would be the same. “Our previous observations regarding TDP-43’s interactions with transposon targets in human ALS data led us to be quite confident that TDP-43 pathology might disrupt transposon expression in flies,” said Lisa. So Lisa produced flies that carried extra human TDP-43 in the fly brain and asked whether she could see the cellular phenotypes of ALS in the fly brain.

“What we are ultimately interested in,” said Lisa. “is whether our TDP-43 flies display reduced lifespan and locomotor behavior. We want to see whether TDP-43 pathology induces high levels of transposon expression and if this causally contributes to reductions in lifespan and cell death.”

Lisa’s work has great promise for understanding the molecular processes that contribute to ALS. As Lisa explained, “While ALS presents in all different types of people with no known genetic predictor, understanding how and why cells die in response to TDP-43 pathology, which occurs in almost all ALS cases, is arguably one of the most direct methods by which to develop successful therapies.”

And for Lisa, it has a great personal meaning. Lisa’s mother died of ALS shortly before Lisa started her Ph.D., inspiring Lisa to study this challenging disease in her thesis. Lisa has also become involved in the broader fight against ALS, raising awareness of organizations that support ALS research, such as Ride for Life. In addition to funding ALS research projects, such as Lisa’s thesis work, Ride for Life sponsors an annual ride for ALS patients—many in wheelchairs or on scooters—during which participants travel more than a hundred miles across Long Island and into New York City. The Ride for Life riders will be visiting the Dubnau lab this May, ALS Awareness Month.

In the meantime, Lisa continues to search for ways to improve the prospects for ALS patients. “Based on what we discovered about how TDP-43 works, we are currently testing a specific class of drug that was developed for treatment of another disease, to see whether these drugs may help extend lifespan and mitigate locomotor problems in flies. We already have promising preliminary results,” said Lisa. “Of course there are massive difference in how drugs can be administered to flies and humans, and issues of side effects and safety need to be considered, but this nonetheless suggests that what we’ve discovered in flies presents a promising avenue for novel, effective therapies for ALS patients.”