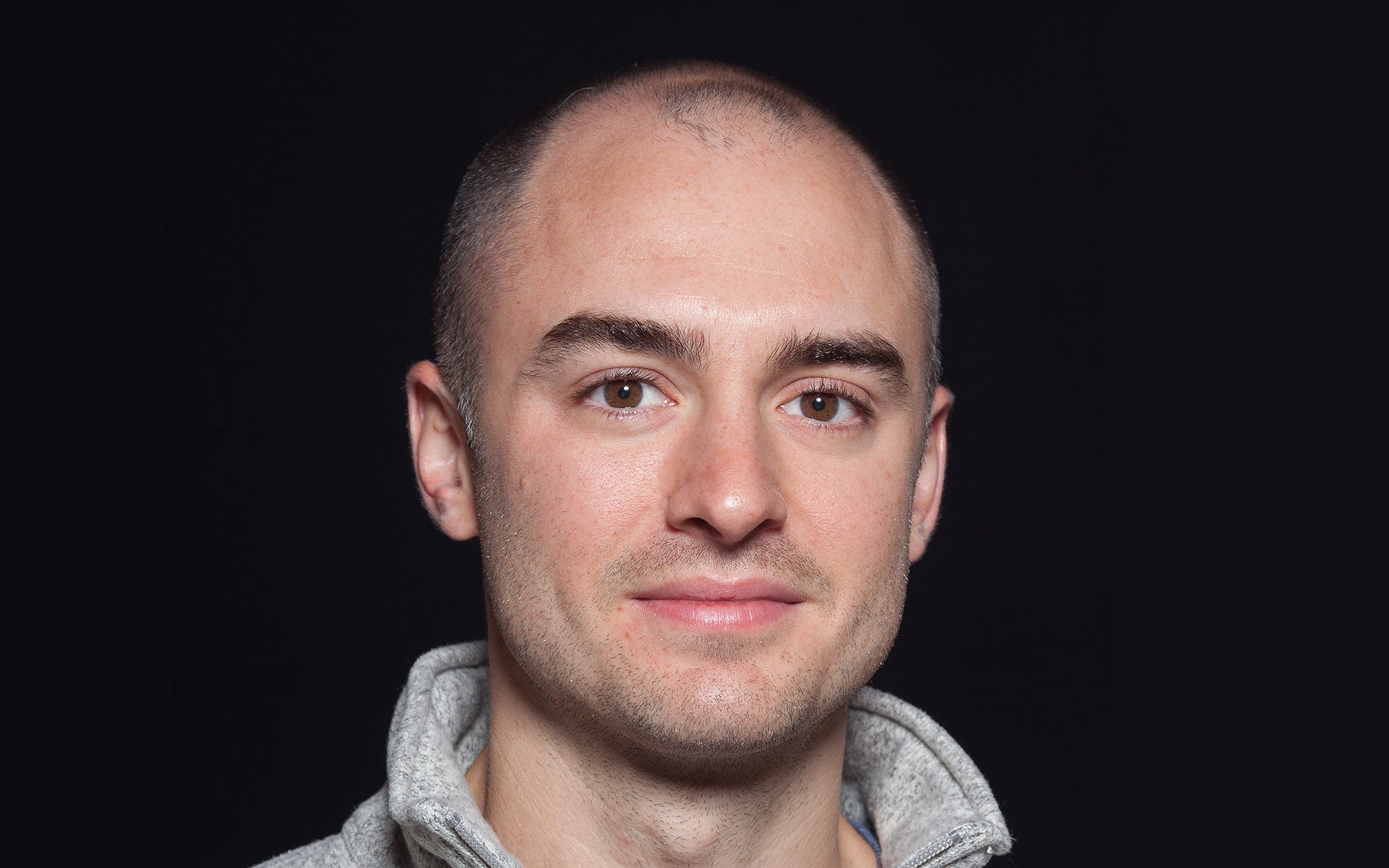 Watson School students are inventive. One of our students invented DIATROL, which he explained in his application to the School as “…a medication for diarrhea. The design was simple, little pieces of kitchen sponge shoved inside of a Tylenol capsule. Actually, this was a collaborative project with a good friend. While the two were in grade school. The DIATROL inventor is Ian Peikon—Dr. Ian Peikon—one of the Watson School’s most recent graduates.

Looking back on Ian’s early experimentation with new technologies (despite their medical flaws), it’s easy to see how he was attracted to his thesis project: developing methods to decipher the “connectome”, a map of all the connections between all of the neurons in the entire brain. A full connectome is a major goal of systems neuroscience. It will enable scientists to see how neurons connect and the size and interconnectivity of entire neural circuits. Traditionally, connectomes were built from electron microscopic reconstructions, an extremely slow, low throughput, and tedious method. Following on from work by Hassana Oyibo and together with Justus Kebschull, two other Watson School students, Ian wanted to use the scalable, fast, and cheap technology of next generation sequencing to detect neural connections.

The idea of using next-generation sequencing to map the connectome is the product of miles and miles of runs. Ian’s thesis advisor, Tony Zador, is a professor of neuroscience at CSHL. Tony is a runner. Every day, around 4pm, Tony can be seen in the circle outside his lab building, stretching and shaking out his legs (and doing stuff on his phone) in preparation for a run. With him is another of CSHL’s neuroscience faculty members, Josh Dubnau. Josh wears barefoot running shoes with toes. Their daily run has taken place for several years. Somewhere along the way, Josh taught Tony molecular biology, and Tony decided to sequence the connectome. And that’s where Ian’s thesis project began.

It took a while. But it worked.

Now Ian’s experimental techniques need to be tested in an animal model—to see that things work in a whole organism the way they work in neurons in a dish. He’s working to transfer his technologies into the small soil roundworm C. elegans. With only 302 neurons in the adult worm, and a connectome already built from electron microscopy reconstructions, C. elegans is a good system in which to confirm that Ian’s connectome strategy is working. From there, one can consider more complex brains, and ultimately mice, the most widely used model for understanding human neural circuits and behavior.

Ian next hopes to use the skills he has learned in scientific reasoning and molecular biology to engineer solutions to problems at the interface of science and society.