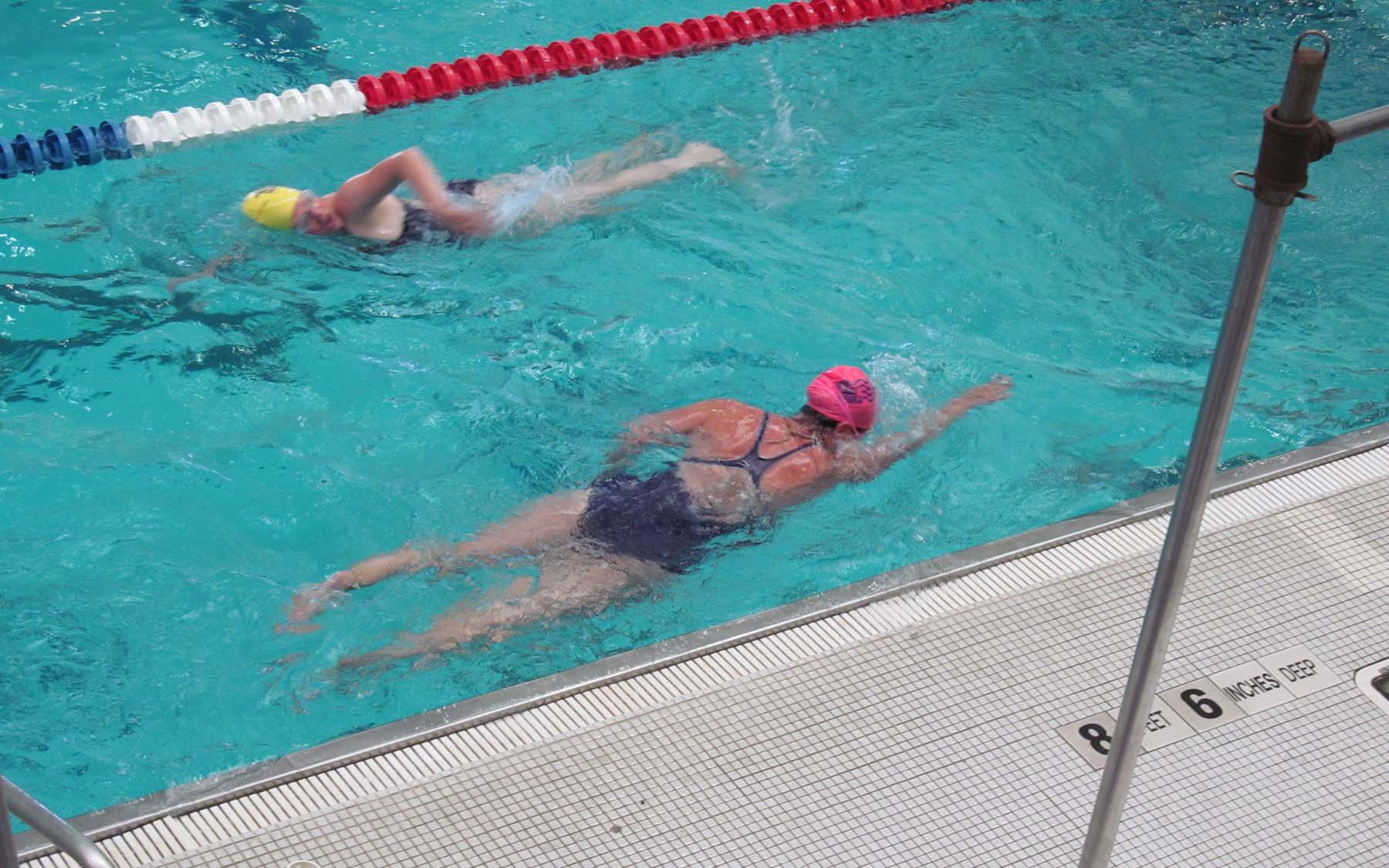 Cold Spring Harbor, NY — The Swim Across America (SAA) Nassau Suffolk Committee recently distributed the net proceeds of its 2013 Swims—$500,000—to six Long Island and metro area beneficiaries. The funds were raised by nearly 600 swimmers, aged 7-85, who participated either in open-water or pool swims on Long Island during the summer of 2013.

This year, CSHL Associate Professor, Raffaella Sordella, who swam in the SAA “Sound to the Cove Swim” at Morgan Park in Glen Cove in August, received $70,000 for her research aimed at finding ways to overcome resistance to targeted therapies for non-small cell lung cancer (NSCLC). Dr. Sordella credited the support she has received from SAA—$420,000 to date—with providing critical resources. “This funding has allowed my group to identify a population of cells in lung tumors that are intrinsically resistant to erlotinib, the targeted therapy; they tend to be more metastatic,” said Dr. Sordella. “We hope that our work will be instrumental in the design of more effective therapies for NSCLC.”

The other beneficiaries of SAA Nassau Suffolk include: Memorial Sloan Kettering Cancer Center; the Children’s Hospital at Montefiore; the Feinstein Institute of North Shore—LIJ; Fighting Chance in Sag Harbor; and the MIRACLE Foundation Pavilion at Mercy Medical Center. Over the past 25 years, SAA has raised more than $50 million nationally to fight cancer, over $6 million of which was raised by the Nassau/Suffolk Committee in the past 12 years at swimming events on Long Island. For more information about the 2014 SAA Nassau Suffolk events go to: www.swimacrossamerica.org/ns