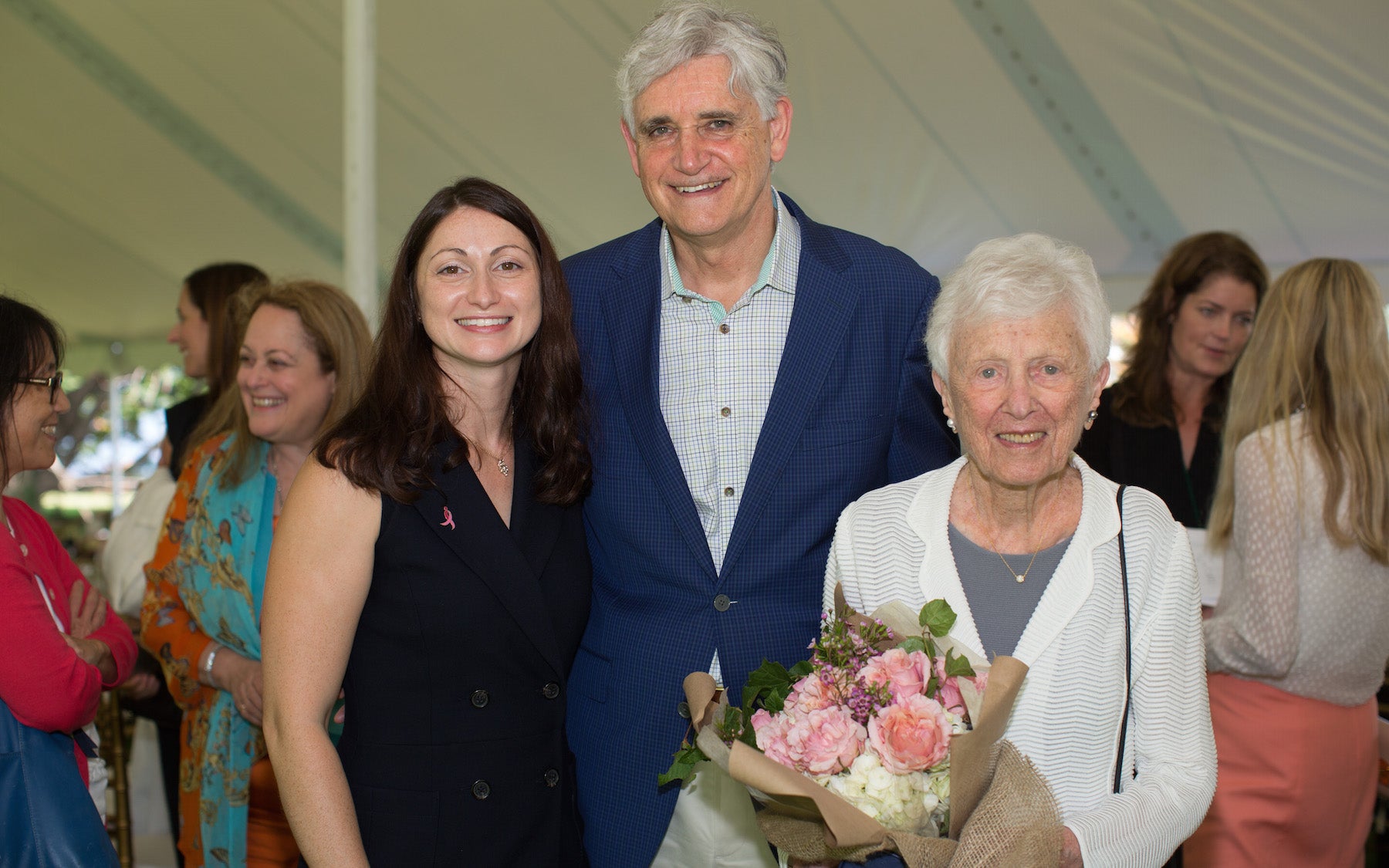 Guest speaker Sarah Diermeier, Ph.D., breast cancer researcher and CSHL Senior Fellow, gave a presentation on “Attacking Metastatic Breast Cancer with Dark Matter.” In it, Diermeier described how, “everything that’s in the clinic right now is focused on this one-third of genes that makes proteins,” while the other two-thirds of genes are little understood, like dark matter. By investigating this genetic “dark matter” in the lab of Professor and Director of Research David Spector, she has helped to uncover a potential drug for metastatic breast cancer.

This year’s luncheon also included a special honor for longtime Laboratory supporter and honorary director of the CSHL Association Freddie Staller. She and her husband Erwin have been avid supporters of the laboratory since 1990, attending numerous Double Helix Medals Dinners during that time. In addition to supporting CSHL, Staller serves on the boards of the Family Service League and the Long Island Community Foundation.

CSHL President and CEO Bruce Stillman, Ph.D., expressed his appreciation for Staller’s generous and diverse contributions to the Long Island community. “Freddie brings a lot of enthusiasm in everything she commits to helping, all of the organizations she supports, including the Laboratory. She’s an amazing, amazing person.”

Banfi Vintners, longstanding supporters of the Women’s Partnership for Science, generously donated the wines for the annual luncheon.

How to build more trust in science

Some of the world’s leading custodians of scientific research integrity met at CSHL’s Banbury Center to find out new ways to build trust in science.   Read more »